This week’s 5 Bets is almost all football, including three Turkey Day games, and one wager on Friday’s Match between golf frenemies Koepka and DeChambeau.

This week’s 5 Bets is stacked with football. I’m taking two NFL games, one of the three Thanksgiving games, and a Sunday matchup featuring two struggling teams.

College football is full of rivalries, and I make a pick in the biggest one, Ohio State at Michigan. For my second college football game, I look at the No. 1 team, Georgia, facing its in-state rival.

My last wager is on golf. The Match V featuring Bryson DeChambeau and Brooks Koepka will be played the day after Thanksgiving at Wynn Golf Course in Las Vegas. I’m going with the underdog in that 18-hole contest.

Buffalo Bills Need to Save Season

The Buffalo Bills emerged as a favorite to represent the AFC in the Super Bowl before the NFL season began. Now the Bills are fighting just to win the AFC East and make the playoffs.

They lost to the Jacksonville Jaguars three games ago, and on Sunday they were embarrassed by the Indianapolis Colts, 41-15. The Bills are now a game behind the New England Patriots in the AFC East, and have another tough game this Thursday on the road against the New Orleans Saints.

If the Bills lose this game, in which they’re favored by 4.5 points at BetRivers, they’ll be at serious risk of missing the playoffs—something that was unthinkable a month ago.

The main problem for the Bills is defending the run. Indianapolis ran it down the throats of the defensive front four. Colts running back Jonathan Taylor gained 185 yards on 32 carries. The rest of the running corps added 70 yards.

Fortunately for the Bills, New Orleans is without running back Alvin Kamara. That should give them an edge. Their secondary is capable, so if the Saints can’t establish the run game, which I don’t think they will, the Bills should win and cover this game. Add them to your 5 Bets.

The feast never ends with unlimited Parlay Boosts at Unibet Sportsbook! Bet the Bills or take the Saints and get up to a 50% Boost as often as you want with the Level Up Parlay Booster. 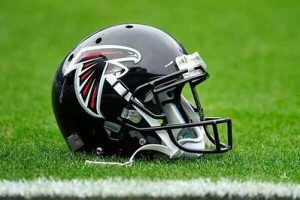 The Atlanta Falcons are not a good football team. The only saving grace for the 4-6 Falcons is that they’re facing the 2-8 Jacksonville Jaguars. Oddsmakers at PointsBet have this game as a pick ’em.

I’ll gladly take Atlanta straight up against the Jaguars, even though they’re on the road. Matt Ryan is too good a quarterback to fall to Jacksonville.

Plus, Ryan’s due for a bounce-back after two blowout losses. The Jaguars should provide him a comfortable atmosphere to get the team’s fifth victory of the season.

No turkeys here! New customers get up to a $500 refund (free bets) if their first fixed-odds bet loses at PointsBet. Get started today!

We all know about Michigan Wolverines Coach Jim Harbaugh’s futility in the face of the Ohio State Buckeyes. He’s never beaten them, and I like that trend to continue on Saturday in Ann Arbor.

It has nothing to do with Michigan, and everything to do with the Buckeyes. They’re just a far superior team. Last week, they crushed then-the No. 7 Michigan State Spartans, 56-7. This is the same MSU team that upset Michigan, 37-33.

The Wolverines have victories over the Penn State Nittany Lions and the Wisconsin Badgers, but I don’t see a victory anywhere in Michigan’s schedule that suggests they can keep it close. The line is eight points in Ohio State’s favor, and I see them winning by at least two touchdowns.

Do you think Harbaugh and the Wolverines can finally top the Buckeyes, or will OSU continue the streak? Parlay Boost adds to your winnings at Golden Nugget! Simply place a parlay with each leg having odds of -145 or greater. 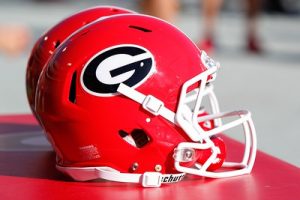 No. 1 Georgia Bulldogs are traveling this week to face the Georgia Tech Yellow Jackets, and I’m shocked that the Bulldogs are only favored by 35 points at BetMGM. I’d give away another 10 in this game, and really feel oddsmakers got this one wrong.

What am I missing here? Georgia has obliterated tougher teams, as in the 41-17 beating they handed the Tennessee Volunteers. Do bettors believe they’re looking ahead to the SEC Championship against the Alabama Crimson Tide?

I think the Bulldogs are better than that. They warmed up for Georgia Tech by shellacking the Charleston Southern Buccaneers 56-7. Give me the Bulldogs, and I’ll gladly give away 35 points.

Stuff your face and your wallet with Free Bets at BetMGM! Wager at least $50 on NFL betting odds (-200 or greater) on Thursday, and get $25 in Free Bets.

I’ve never been a fan of these made-for-TV events, especially when the PGA Tour is devoid of any personable golfers. Brooks Koepka and Bryson DeChambeau are nice enough guys, but can they carry a three-hour-plus golf match?

The two don’t really like each other, despite any détente they say they now have. Playing against each other for 12 holes will probably illustrate the passive-aggressive nature of their relationship.

But someone had to be the favorite, and DeChambeau is listed at -125, with Koepka at +105. I like the underdog to best his rival. Kopeka has more motivation, and with length a non-factor, should squeak out a victory.