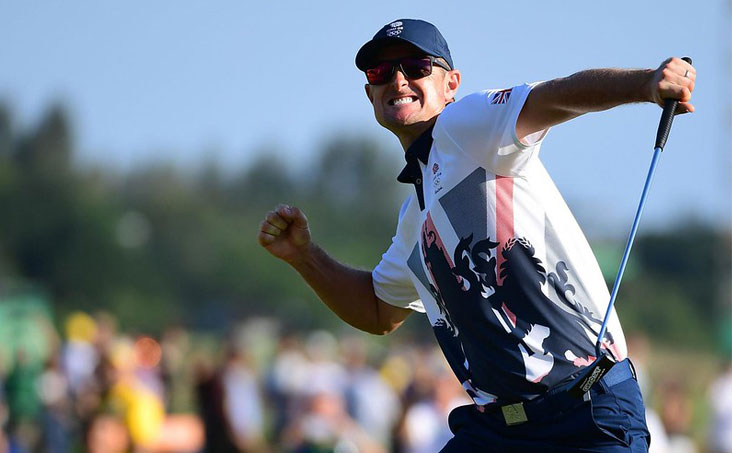 It’s conference championship week in college football, and there are two games I like. I was leaning towards the Big Ten Conference Championship game, but with the Iowa Hawkeyes’ starting quarterback up in the air, I’ll skip that one (though I like the Michigan Wolverines, no matter who starts under center for Iowa).

Instead, I’m taking two other conference championships with a little less marquee value. I like the games not only for the teams, but because if they get a little less attention from oddsmakers, that could give me an edge.

In the NFL, I’m going with two teams fighting for a Wild Card spot in the playoffs. They’re small favorites this week against teams I think they should easily defeat.

The last of my 5 Bets is on the Hero World Challenge, an elite golf event to be hosted by Tiger Woods. There’s a European who’s had success at this event, and I think he’ll finish in the Top 5. 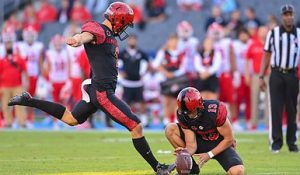 The San Diego State Aztecs haven’t been to the Mountain West Conference Championship since they won it in 2016, but this season, Head Coach Brady Hoke has guided the team to an 11-1 record.

The Aztecs’ opponent is an even more unlikely entrant to this game. The Utah State Aggies were +5000 to win the conference before the season began, but got to the championship game by finishing atop the Mountain division.

Utah State features a high-power offense, averaging more than 450 yards per game. It’ll be up to the Aztecs defense to slow the Aggies down a bit, but they shouldn’t have an issue keeping their opponents in check. The Aztecs are laying 5.5 points at PointsBet, and should be able to cover that number. Add them to your 5 Bets.

Betting the Aggies-Aztecs game? Sign up to wager at PointsBet, and you’ll get a risk-free first bet up to $2,000, plus $100 in free bets. Find out more today. 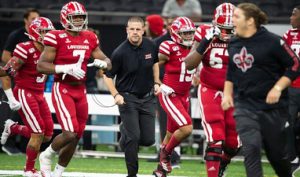 The Appalachian State Mountaineers met the Louisiana-Lafayette Ragin’ Cajuns during the regular season and got pummeled, 41-13. Now the teams meet again in the Sun Belt Conference Championship Game on Saturday, and the Mountaineers are looking for payback.

But it’ll be hard to get satisfaction against the Ragin’ Cajuns. This will be Louisiana Head Coach Billy Napier’s final game before he heads to take over the Florida Gators. And his team wants to send him out a winner.

The line on this game is 2.5 points at Caesars Sportsbook, with oddsmakers expecting a tighter contest this time around. I don’t believe it will be a blowout, but I do expect Louisiana to handle App State and win by at least a touchdown.

Get in the game, and you could walk away a winner. Sign up to wager at Caesars Sportsbook, and your first bet will be matched up to $1,001—win or lose. 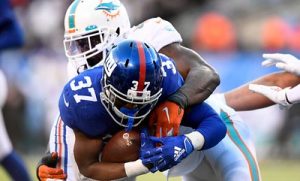 The Miami Dolphins have rattled off four straight victories to become the NFL team no one wants to play right now. It falls to the New York Giants to snap Miami’s streak Sunday in South Florida.

While the Dolphins are trending upward, the Giants are an enigma. They upset the Philadelphia Eagles on Sunday, but lost to the Tampa Bay Buccaneers the week before.

The Dolphins are more like Tampa and less like Philadelphia. They’re giving away three points at home at BetRivers, and that’s a number I can live with. In this week’s 5 Bets, look for Miami to win its fifth straight. 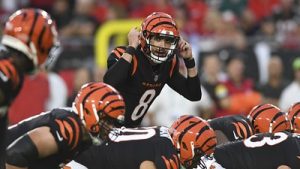 The Cincinnati Bengals are another team no one wants to face right now. The Bengals have won their past two games by margins of 19 and 30 points to thrust themselves in the playoff picture.

The Los Angeles Chargers get to travel east for an early Sunday game against a team that’s getting hot at the right time. This is also the second consecutive road game for the Chargers. They lost to the Denver Broncos, 28-13, and should lose by more than the three points the Bengals have to give on Sunday. I’ll take Cincinnati to win its third straight by at least seven points.

He started the PGA Tour season a bit rocky, but finished tied for 12th in his last event, the RSM Classic two weeks ago.

I doubt Rose will win the limited-field tournament, but I do like him to finish in the Top 5 for the fourth consecutive time. BetMGM has the golfer at +350 to do just that, and those odds are too enticing to pass up. Put this one on your list of 5 Bets.

World Challenge betting is back! With BetMGM’s One Game Parlay Insurance, your stake will be refunded (up to $25 in Free Bets) if you miss a One Game Parlay (with at least four legs) by one leg.