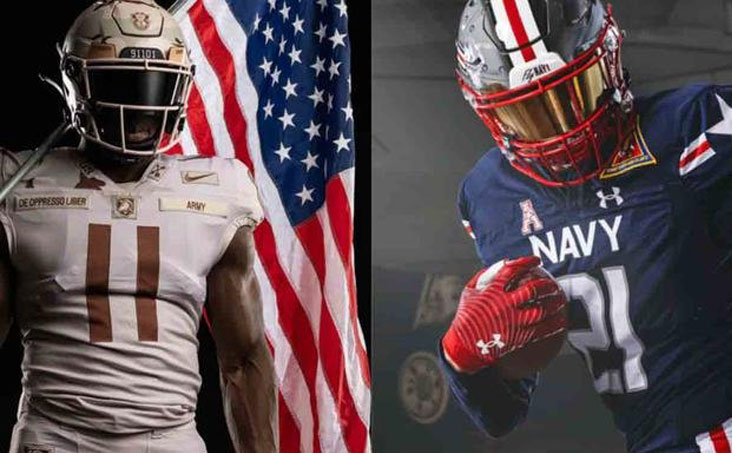 This week’s 5 Bets look at Army-Navy, Premier League soccer, Verstappen vs. Hamilton in Abu Dhabi, and NFL matchups in Week 14. See if you agree with Reger’s picks.

The holidays are upon us, and so is the melancholy that comes with the end of college football. It was great to have a full slate of NCAA gridiron action every Saturday. Without it, I’m mixing it up a little bit with this week’s 5 Bets.

There’s one college game this weekend: the annual Army-Navy game. I did find an enticing wager on Saturday’s showdown, though it bucks a trend in the contest.

In English Premier League soccer, I think a Friday game between two lower-level teams will go over the goal total. The final Formula 1 race of the season is Sunday at the Abu Dhabi Grand Prix. For the first time since 1974, the top two drivers are tied going into the final race. I’m taking the longshot to capture the Drivers’ Championship.

The last of this week’s 5 bets look at the NFL schedule for Week 14. With the playoffs starting to take shape, I like a pair of games that should clear up a cloudy postseason picture. 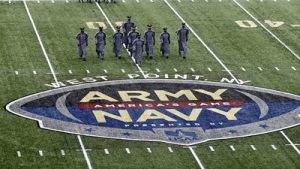 The Army Black Knights-Navy Midshipmen game is one of the oldest rivalries in all of sports—this epic battle has been waged since 1899. And in recent years, it’s impressive how many times the under has hit.

So why am I so bullish on the over this year? One reason is the total that’s been put up by sportsbooks. It opened at 35 and dropped to 34.5 at Caesars Sportsbook. Second, the offensive production is impressive on both sides of the ball. Army has scored 20 or more points in eight of its 11 games this year. And Navy has scored 20 or more points in seven of its 11 contests.

Third, the defense on these teams isn’t stellar. Both have allowed an average of three touchdowns this year. In one game, Army allowed 70 points to the Wake Forest Demon Deacons.

Though Army is the better team, Navy should put points on the board at MetLife Stadium this weekend. This game easily goes over the 35-point mark. Make it one of your 5 Bets.

Try the Same Game Bet and Get at Caesars Sportsbook. Bet at least $20 on a Same Game Parlay of 3 or More Legs and score a $20 Free Bet! Minimum odds +300. 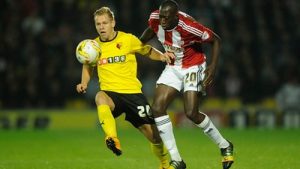 The over/under is set at 2.5 goals at PointsBet, and that number should be easy to reach. Watford is on the regulation bubble and needs as many victories as possible. The team has won only one of its last five matches.

But look at who they played and the goals they scored. The Hornets scored a goal in losses to Manchester City and Chelsea, and two against Leicester City. Those three teams are all above Brentford in the standings. And they also defeated Manchester United, 4-1.

The Brentford Bees have gone 1-2-2 in their last five games, but again, look at the goals scored: two against Leeds United and three against Newcastle. If they can get two or more goals and Watford chips in one, they reach the over. I think that’s completely possible, and it’s on my list of 5 Bets. 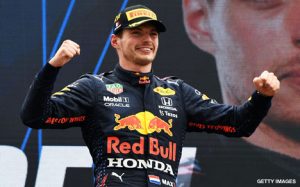 After a season that saw Max Verstappen and Lewis Hamilton trade victories seemingly every week, it all comes down to this Sunday’s Abu Dhabi Grand Prix. The two are tied in the Driver Standings with 369.5 points.

I like Verstappen to win the Drivers’ Championship, though Hamilton’s favored to not only take the Abu Dhabi GP but the championship. I’m going with Verstappen for a couple of reasons. First, he’s the GP defending champion, having won there in 2020. Second, he has odds of +250 at BetMGM, much better than -200 for Hamilton.

But the biggest reason I like Verstappen is the tie-breaker situation. If both drivers are knocked out of the race, Verstappen holds the edge in victories, nine to eight, and would be awarded the title.

Yes, Hamilton’s three-race victory streak worries me, but I feel fairly confident that Verstappen snaps his run. He’s in my 5 Bets lineup.

49ers Bounce Back Against Cincinnati

The San Francisco 49ers and the Cincinnati Bengals both lost in NFL Week 13. The 49ers sacrificed a close contest to NFC West rivals the Seattle Seahawks, while the Bengals were humiliated by the Los Angeles Chargers, 41-24.

This weekend, Cincinnati is hosting San Francisco, in the second straight road game for the 49ers. Though the Bengals will be home for the third consecutive week, I think Frisco has more to play for than its host team. The 49ers are on the playoff bubble, facing a must-win situation if they plan to be in the postseason. But Cincinnati has a bit more of a cushion, and a loss would not be season-ending.

Also, I don’t trust Bengals quarterback Joe Burrow’s health. His finger injury could be far more serious than anyone is letting on.

The 49ers are getting 1.5-points at BetRivers, and I’ll take the road underdog to prevail.

Join the team at BetRivers, and your first deposit will be matched, dollar for dollar, up to $250. Get started today! 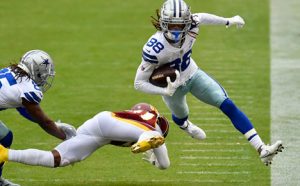 The Dallas Cowboys are in a comfortable spot as far as the playoffs go. But their opponents this week, the Washington Football Team, desperately need a victory to stay ahead of the Philadelphia Eagles in the NFC East and grab a wild card spot.

And that’s exactly what I expect them to do. Washington is becoming the team no one wants to play, and this could be a perfect situation for them to upset the Cowboys.

The game is in the nation’s capital, Washington is getting four points, and the team is coming off a confidence-winning game on the road in Las Vegas. I like how this game shapes up for Washington, and take the team to win.