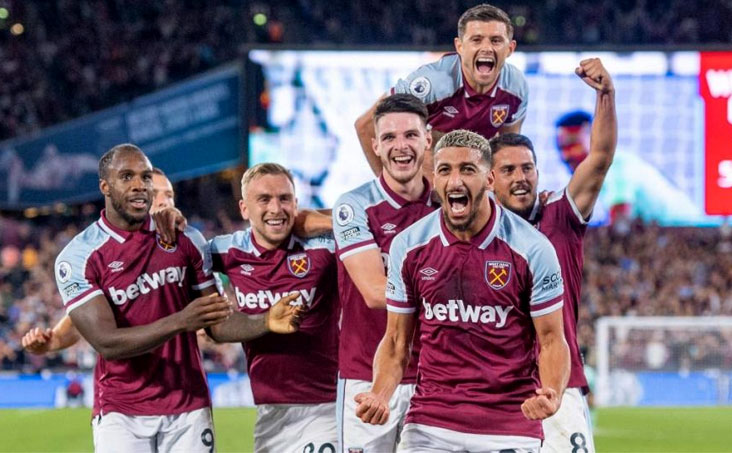 This week’s 5 Bets goes out on a limb to win with calls on Premier League soccer, a couple of NCAA football bowl games, and two NFL contests.

Who knew I was such an expert on the English Premier League? In last week’s 5 Bets, I predicted the over of 2.5 goals in the Watford-Brentford match, my third consecutive correct pick.

So now that I’ve jinxed myself, I’ll try for my fourth call on English soccer. I’m going with a heavy favorite against a team that’s in danger of relegation.

This week marks the start of the College Football Bowl season. This week kicks off with lesser-known games such as the Tailgreeter Cure Bowl and the Boca Raton Bowl; we’re still a good week away from the marquee contests, but the lesser-known games also showcase some strong teams. I like two of them.

It’s also NFL Week 15, and the top teams are finally breaking from the pack. I look at two division leaders to continue to play well.

The Northern Illinois Huskies are getting bulletin board material with the Tailgreeter Cure Bowl. First, the Coastal Carolina Chanticleers are considered the home team, since the game is being held in Orlando, Florida.

Second, the defense of the Huskies has been disparaged, with pundits saying they won’t be able to stop Coastal Carolina. Third, Northern Illinois is coming into this game as a 10.5-point underdog.

Those three factors should give the Huskies a motivational edge. Something else works in their favor: their ability to control the clock with their run game. I don’t see Northern Illinois pulling off the upset, but they’ll give Coastal Carolina a scare before fading late in the fourth quarter. 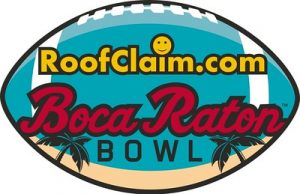 The Appalachian State Mountaineers and Western Kentucky Hilltoppers face off in the Boca Raton Bowl in what should be a high-scoring affair. But the edge should go to App State. The Mountaineers have played six consecutive bowl games, while WKU has been to seven in its last eight seasons.

The story going into this game is whether Hilltoppers quarterback Bailey Zappe can break the NCAA single-season mark for touchdown passes. Zappe has 56, and is four behind former LSU, and current Cincinnati Bengal QB Joe Burrow.

Western Kentucky is obviously dependent on the passing game, and this might be where App State can win. The Mountaineers possess a solid pass defense, and should be able to slow down Zappe.

On offense, App State has a quality signal caller in Chase Brice, and a solid tandem at running back. I like that the Mountaineers are only laying three points, and I’ll take them. 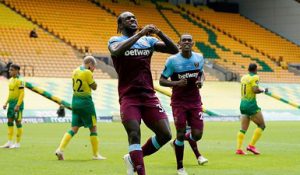 In English Premier League standings, West Ham United has been clinging to fourth place, and no one thought they would be there this long. A resurgent Manchester United has been breathing down their neck, and was a point out from catching them as of Monday.

The team has only one victory in its last five matches, but should be able to get a victory over lowly Norwich City on Saturday. It’s a rather safe pick taking West Ham at -220 at PointsBet, but I was looking for an EPL favorite to put my money on.

Norwich has just two victories on the season, and are dead last in Premier League standings. This team will most likely be relegated at the end of the season, so getting odds of -220 seemed like a no-brainer.

Get out on the pitch with Premier League wagers at PointsBet. New customers get up to a $500 refund (free bets) if their first fixed-odds bet loses. Get started today!

Dallas Should Roll Over Giants 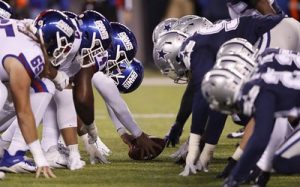 The Dallas Cowboys have established themselves as the best team in the NFC East. That’s not saying much, considering this is one of the weakest divisions in the NFL. But the team is 3-0 against its NFC East opponents.

One of those victories was a 44-20 drubbing of the New York Giants at home in October. Now the two will meet again, this time on the Giant’s home field, but I think it will produce a similar result.

The Giants are a dumpster fire. New York is 1-2 in the division and 4-9 on the season. In addition to being last in the NFC East, the team isn’t sure if quarterback Daniel Jones will be able to play because of a neck injury.

The odds have moved on the status of Jones, opening at 10 points, and moving as high as 11.5 at Caesars Sportsbook. I was able to get it at 10 points at BetMGM, but wouldn’t be surprised if Dallas won by two touchdowns.

With Jones likely on the DL, who’s your NFL bet? If you lose your first wager at at Caesars Sportsbook, earn a Free Bet in equal value up to $5,000! Terms apply. 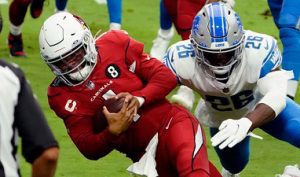 The Arizona Cardinals seemed a lock to clinch a playoff berth, but stumbled against the Los Angeles Rams at home on Monday Night Football.

Now with a short week, the Cardinals take on the Detroit Lions, the worst team in the league. The line opened at 12.5, but went to as high as 14. I got it at 13 at PointsBet before it increased another half-point. I think any number under 14 should be a good bet.

The Cards are going to be in a foul mood after losing a home game to the NFC West rivals. I see them taking it out on the lowly Lions, who at this point are looking like they want to hold onto the No. 1 pick in the 2022 draft.