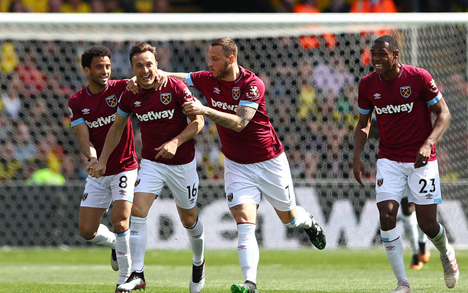 For football fans, this is one of the best weekends in sports. With wall-to-wall games on the schedule, I had a tough time picking out four to feature in this week’s 5 Bets.

Starting Thursday, there are 13 College Bowl games, including two College Football Playoff games. Here’s hoping none are cancelled due to Covid-19 issues, as has happened to three other games.

In the NFL, Sunday features 15 games. Studying the schedule for Week 17, I picked two matchups featuring teams with playoff aspirations.

For the last of my 5 Bets, I returned to the English Premier League, where I’m currently on a four-match winning streak. This week, I like a slumping team to win over one of the lower-level squads on Saturday.

Listen, the Cincinnati Bearcats were the feel-good story of college football this year. A non-power 5 conference team clawing their way into the College Football Playoff with the big boys.

Great story, but sadly, Friday is where it ends. The No. 4-ranked Bearcats will face the No. 1 Alabama Crimson Tide and get pushed all over AT&T Stadium in Arlington, Texas. The Crimson Tide, armed with way too many weapons, will show Cincinnati why it’s the superior team.

The line for this contest opened at 13, and ticked up to 13.5 at PointsBet. I wouldn’t be surprised if Alabama won by three touchdowns. Put them on your list of 5 Bets.

Rolling with the Tide? Betting on the Bearcats? You’ll get up to a $500 refund (free bets) if their first fixed-odds bet loses at PointsBet. Get started today! 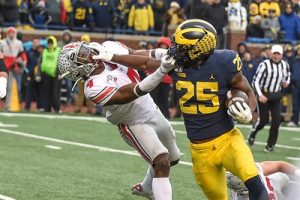 The more competitive of the two CFP semifinals will be the Georgia Bulldogs vs. the Michigan Wolverines. While most of the sportsbooks have the game at -7.5 in Georgia’s favor, Circa is holding steady at seven. That’s where I put my wager.

Georgia’s only loss this year was against Alabama. Michigan is a one-loss team as well, but their defeat was to Michigan State on the road.

That worries me. I like what the Wolverines did to Ohio State, trouncing them 42-27, then following that up with a 42-3 beating of Iowa in the Big 10 Conference Championship.

Still, that Michigan State loss rattles around in my head. I want to take the Wolverines to upset Georgia, but the Bulldogs have a strong defensive line to match Michigan’s strong offensive line.

Whoever wins that battle wins this game. I believe it will be Georgia. Add the Dogs to your 5 Bets.

It’s College Bowl Season. Sign up to wager at PlaySugarHouse and you’ll get a 100% deposit match up to $250. Because you deserve more! 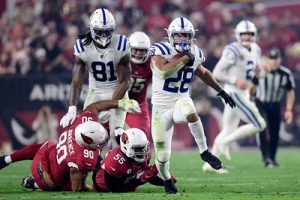 For this week’s 5 Bets, I was all set to plunk my money down on the Indianapolis Colts covering seven points against the Las Vegas Raiders. Then came word that Indy starting quarterback Carson Wentz went on the Covid-19 list.

That bit of hesitation on my part may have saved me some money. Do you know who Indianapolis’ backup quarterback is? (Ten points if you didn’t have to look it up.)

The answer is Sam Ehlinger. That doesn’t exactly fill me with confidence in the Colts. Indianapolis was expected to use MVP candidate running back Jonathan Taylor, and with Ehlinger behind center, Las Vegas will focus most of its attention on the run.

That could be what puts them over the top in this game. They need to win to keep their playoff hopes alive, and I say they’ll get a tough road victory.

Join Unibet Sportsbook today, bet the Raiders this weekend. Once you add funds, your first cash bet is insured up to $500 if you don’t hit a winner. 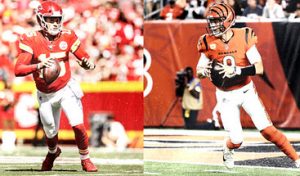 The Kansas City Chiefs are another NFL team that’s peaking at the right time. It’s hard to believe that a month ago, we were talking about them missing the playoffs. The Chiefs are now the No. 1 seed in the AFC and face the Cincinnati Bengals on Sunday.

KC quarterback Patrick Mahomes seems to be able to score at will. The Chiefs have put up 30 or more points in eight of their 15 games.

Cincinnati quarterback Joe Burrow has also been on an offensive tear lately. The Bengals have scored 20 or more points in 12 of their 15 games, including throwing up 41 last Sunday against the Baltimore Ravens.

The over/under is set at 49, and I expect this to be a high-scoring affair, even if the weather is cold. Both teams are used to adverse conditions, and I believe the over will be achieved regardless.

Score up to 40% more in profits on winning parlays with BetMGM’s Parlay Plus! Just place a 4-7 leg parlay on any combination of sports or events. If it wins, the bonus is yours. 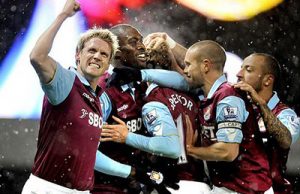 After an impressive opening to the English Premier League season, West Ham has stumbled a bit of late. The team was in fourth, but has slipped to fifth, going 2-2-1 in its last five games.

They have a chance to build on the momentum of its last two games when they face Crystal Palace this Saturday on the road. The home team is currently in 10th place in the standings, but has been hit hard by Covid-19. They currently have several players out because of the virus, and it’s uncertain how many will be able to suit up on Sunday.

West Ham is the +105 favorite. Count on them to handle Crystal Palace, regardless of how healthy the team is on Saturday.