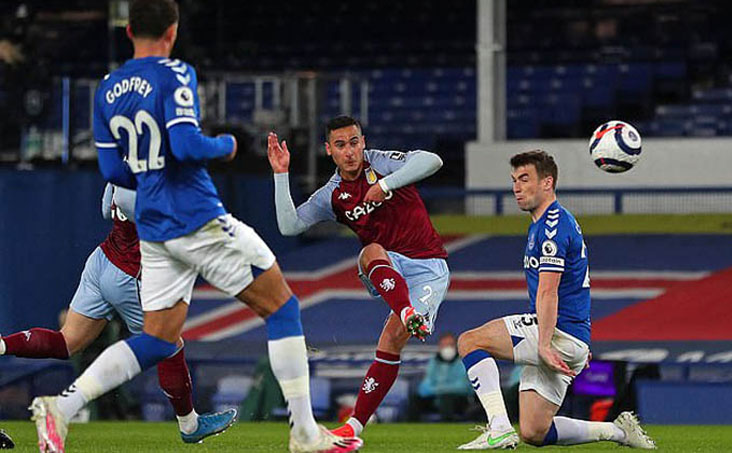 5 Bets is on a roll, winning the seventh consecutive weekly wager on soccer and a 3-2 record last week. Don’t miss Reger’s latest picks.

OK, I’m not going to lie, soccer is probably my least favorite sport. But recently, it’s become my favorite to wager. Last week, I picked my seventh consecutive soccer match. I’ve been making straight bets, but calculating the total if I rolled over a $100 bet for the last seven weeks, it was just north of $12,000.

Golf is a tougher sport to handicap—strange in my case, since I covered the PGA Tour for about 10 years. This week, I’m taking a player to finish in the Top 5. The odds are less, but I like his past performance at the American Express.

Two NFL Divisional Playoff games are also on my 5 Bets card this week. After the underdogs went 1-5, both straight up and against the spread, I’m going to split my wager, taking one favorite and one dog.

The last of my 5 Bets might be the best. It’s not often that sportsbooks make a mistake setting a line, but they did so with the main event in UFC 270. I took advantage of that before the line was corrected. 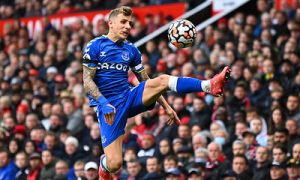 Aston Villa Football Club has been in a bit of a slump as of late, but got an impressive draw with Manchester United last Saturday. This Saturday they take on a team that’s struggling even more than they are, Everton FC.

Everton lost its coach when Rafael Benitez was fired last week. The team’s won just one match of its last five, and also lost a couple of players in the transfer window. One of those was leftback Lucas Digne. Digne signed for Aston Villa, in a position the club was very thin at and should be a valuable asset. Aston Villa also got Swedish goalie Robin Olsen on loan from Roma.

The odds for this game began with Everton favored at +170 at PointsBet. They’ve since dropped to +175, and Aston Villa is now the favorite at +170. In this week’s 5 Bets. I’ll take the road favorite. 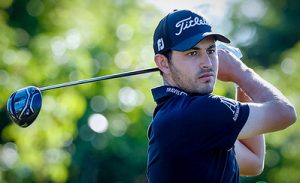 Patrick Cantlay is one of the top golfers on the PGA Tour. Last year the 29-year-old won four events, including the season-ending Tour Championship. This year, he’s played in one event, the Tournament of Champions, and finished tied for fourth.

Now Cantlay’s back at the American Express, a tournament he’s taken a liking to. In 2021, he shot a course record 61 and finished second. In 2019, he finished tied for ninth.

I was tempted to pick Cantlay to win and take the +900 odds. I decided instead to play it safe and bet on him to finish in the Top 5. BetMGM was offering +190, and I’ll take a possible two-to-one return on my money. 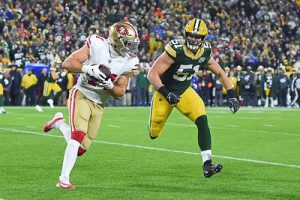 The San Francisco 49ers were the only underdog in the NFL Wild Card to pull off an upset last week. But taking down the Dallas Cowboys in a domed stadium is a lot different from freezing at Lambeau Field in Wisconsin.

The Green Bay Packers are rested and healthy, getting back two of their injured starting offensive linemen. That’s bad news for San Francisco. If Packers quarterback Aaron Rodgers has more time to throw, he will pick apart San Francisco’s secondary, even in projected 13-degree weather.

Green Bay opened as a 4.5-point favorite and it has been bet up to six at most sportsbooks. BetMGM still had it at 5.5 on Tuesday, and I jumped on that number, though I still think the Packers will win by at least a touchdown on Saturday. 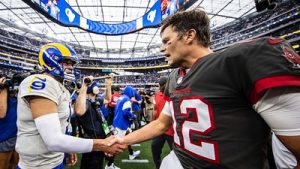 The Los Angeles Rams destroyed the Arizona Cardinals on Monday night, and usually I’d be worried about a team having to play a No. 2 seed on less than a week’s rest. But the Rams didn’t suffer any major injuries in that game, and that’s bad news for the battered Tampa Bay Buccaneers.

With issues on the offensive line, Tampa Bay quarterback Tom Brady isn’t going to have a lot of time to operate—especially with defensive tackle Aaron Donald going up against possibly second-stringers.

The Bucs are favored by three at Caesars Sportsbook, but I like the Rams a lot in this game, even with the short week and having to travel. Expect an upset in Tampa Bay on Sunday.

Register a new account at Caesars Sportsbook. If you lose your first bet, earn a Free Bet in equal value up to $1,001! 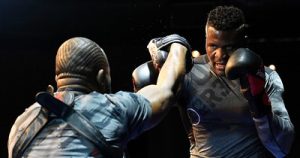 When I saw the opening line for the heavyweight fight at UFC 270, I thought I was reading it wrong. I realize Francis Ngannou is the reigning champion in that division, but Ciryl Gane is the interim heavyweight champ.

Gane and Ngannou are former training partners, and if anyone is familiar with Ngannou’s punching power, it’s Gane. I believe Gane is the more skillful fighter and will stay away from that knockout punch. Look for him to win on Saturday night.

How to Bet on the Be