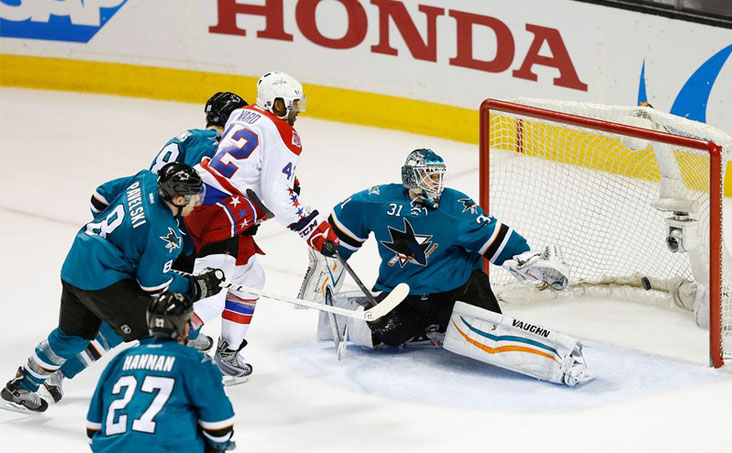 This week, 5 Bets takes a shot at the AFC/NFC championship games, wagers on World Cup qualifiers, and predicts a pivotal NHL contest.

Plenty of gamblers were pummeled in last week’s NFL betting. One Vegas bookie said it was his best weekend in memory, as three of four underdogs won outright in the NFL Divisional Playoffs.

But that can’t happen with this weekend’s AFC and NFC Championship games, and I’m backing both favorites.

The World Cup qualifiers are in full swing this week, and I like two bets on North American teams—one wager on the result, another on the over/under.

For the last of my 5 Bets, I’m taking an over/under in the NHL. I like a high-scoring game in the Thursday match between the San Jose Sharks and Washington Capitals. 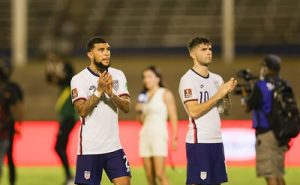 The U.S. Men’s National Soccer Team has played eight games in this round of the World Cup qualifiers, and are starting to see teams in their group for the second time around.

One is El Salvador. The U.S. faced the team in September and played to an 0-0 draw. That’s one of the many reasons I’m taking the under in Thursday’s rematch. At BetMGM, the total is set at 2.5 goals, and the odds are at -115 for both the over and the under.

In the U.S. team’s performance to date, only two games have featured three or more goals. The Americans are comfortable scoring two or less goals a game; the only time they scored more than two was a 4-1 drubbing of last-place Honduras.

El Salvador has been anemic on offense. It’s had a total of four goals in eight games and has been scoreless in five.

I like the under to hit because the rivals are playing in Ohio, where temps are supposed to dip to about 24 degrees F with winds of up to 14 mph. Snow showers are also a 40 percent possibility. Mushing around a snow-covered field with chattering teeth is not conducive to goal-scoring.

So the U.S. will advance, and with El Salvador in next-to-last place, there’s not a lot to play for in this match. Look for another low-scoring contest, and add this one to your 5 Bets list. 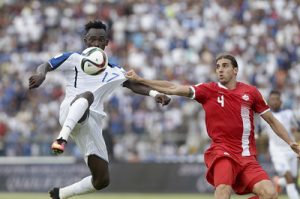 The Canadian Men’s soccer team has pretty much locked up a spot in the qualifying round of the World Cup. They’re currently first and face last-place Honduras on Thursday in San Pedro Sula.

There are three red flags for Canada. First: they’re missing their best player, Alphonso Davies, who’s out with a heart condition after a bout with Covid-19. Second: the weather in Honduras. It’s going to be hot and humid, something Canadians aren’t used to dealing with. Third: these two teams played to a draw in their earlier match.

Honduras isn’t advancing, but that doesn’t mean they aren’t going to be motivated. With a price of +270, I’ll take a flyer on an upset. 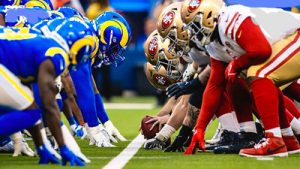 It was a shocker when the Los Angeles Rams lost to the San Francisco 49ers in the last game of the season. Yes, San Francisco had more to play for, but I expected the Rams to get revenge for their 31-10 pounding by the 49ers earlier in the season.

Now the two NFC West foes will meet in the NFC Championship to see who’s moving on to Super Bowl LVI next month. Los Angeles is favored by 3.5 points at PointsBet. This is the third time the Rams have been favored by that many in this match-up.

The key to this game is whether L.A. can run the ball on San Francisco’s defense. In the first two games, the Rams were held to under 100 yards rushing, and none of the running backs were effective.

They were average in the NFC Divisional game against Tampa Bay last week, and that’s got to improve if they want to avenge the previous two losses to Frisco.

I think Cam Akers will come on strong, giving quarterback Matthew Stafford a little more time in the pocket. In this game, the Rams will finally defeat San Francisco and move on to the Super Bowl. 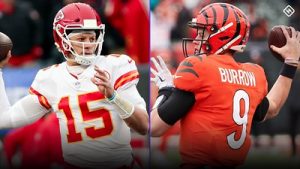 I bet against quarterback Joe Burrow and the Cincinnati Bengals last week and got burned, so picking against them again in the AFC Championship might make me a little pig-headed. But I truly believe the Kansas City Chiefs will end their playoff hopes this Sunday.

The Bengals have been impressive in the postseason, and Burrow’s proved he was worth the No. 1 draft pick two years ago. Burrow and wide receiver Ja’Marr Chase have shown the league they will be formidable players for years to come.

But it won’t be this Sunday. The Chiefs currently have the best QB in the NFL in Patrick Mahomes, and his arsenal of weapons—including wide receiver Tyreek Hill and tight end Travis Kelce—will be too much for Cincinnati’s defense to handle.

The line is seven points in favor of the Chiefs at Caesars Sportsbook. I think the game will be close early on, but Kansas City will wear down the Bengals in the second half and cruise to a double-digit victory.

Register a new account at Caesars Sportsbook. If you lose your first bet, earn a Free Bet in equal value up to $1,001! Terms apply. 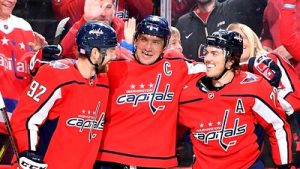 A lot was made of the Washington Capitals’ shutout by the Vegas Golden Knights on Tuesday, 1-0. Reporters were asking Washington where the offense went.

In this case, the media may have short memories. The Capitals scored two or more goals in seven of their last eight games. The problem is more with Washington’s defense than its offense. In seven of those same eight games, the team allowed three or more goals, including seven goals to the Boston Bruins.

They host the San Jose Sharks on Thursday. That team has struggled for most of the year, but it can still score goals. The Sharks had six against the Los Angeles Kings a week ago, and had two or more goals in seven of their last nine games.

In this one, look for both teams to put pucks in the net. The over/under total is six, and I’m going the over.

EPL Teams to Rule in