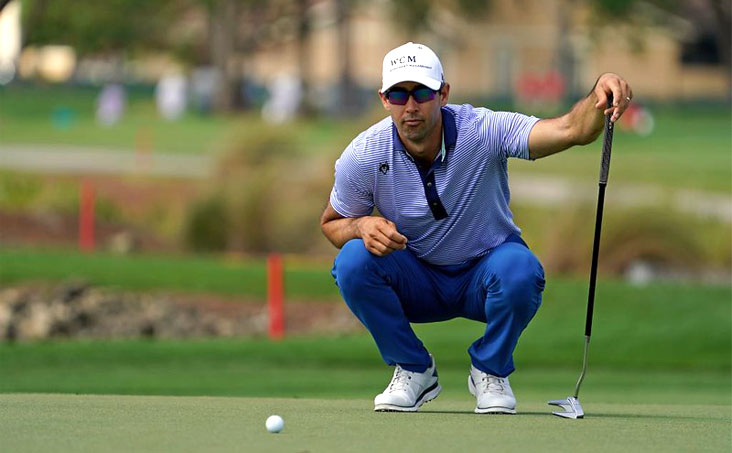 This week’s 5 Bets looks at a diverse set of wagers including soccer, NASCAR, golf, UFC and a Super Bowl prop bet.

When the reality hit that I’d have to wait a week for the last NFL game until September, it was tough not to feel a little blue. Fortunately, there are more than enough sports to carry me through until February 13 and Super Bowl XVI. Of course, 5 Bets couldn’t resist looking at the proposition bets for the Super Bowl and believe I have found a solid value bet for MVP.

NASCAR is having an exhibition race at the famed Los Angeles Coliseum, and it’ll be nice to see drivers back in action. I like a short-track specialist to prevail at this Sunday’s Clash.

The FA Cup presents its fourth-round games starting Friday, and I’m looking at two teams not in the Premier League to battle it out.

The PGA Tour is at iconic Pebble Beach this week. After two longshots hitting in as many weeks, I’ll take a golfer with lower odds to finish in the Top 5.

The last of my 5 Bets is on the main event at UFC Vegas 47. It’s a middleweight bout that could see the winner move up to be a top contender.

#1. Tringale to Challenge at Pebble Beach 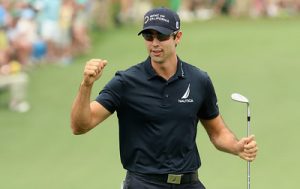 The last two PGA Tour events saw longshots pay off handsomely for those brave enough to put money on them. Hudson Swafford was +15000 to win the American Express and Luke List was +8000 to win the Farmers Insurance Open.

The golfers go to the Pebble Beach Pro-Am Invitational this week and I expect some normalcy to return as far as betting goes. Patrick Cantlay is the favorite at +650, but I find Cameron Tringale an intriguing pick here.

Tringale has had three Top 5 finishes in his last five starts, including a third-place finish in last week’s Farmers Open. Another reason to back Tringale: he finished seventh at this event last year. Add him to your 5 Bets.

New customers at BetMGM start with a risk-free bet up to $1,000. If your first bet loses, you get back the same amount in free bets. 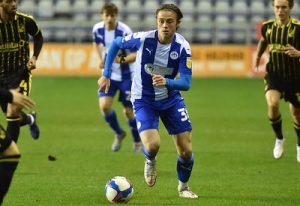 Wigan Athletic is traveling to Stoke City for the fourth round of the FA Cup this Saturday. Wigan’s the underdog, but at +360 at PointsBet, it might be worth a flyer.

Wigan is not the favorite, but I like them to win this game for a couple of reasons. First, the team has won its last two matches against Stoke City. The most recent was last July, where Wigan was victorious, 2-1. They also met two years ago, and Wigan won 3-0. Second, in its last five games, Wigan is 3-0-2, while Stoke City is 2-2-1.

Stoke City did add some players, most notably striker Josh Maja, who is on loan from Bordeaux. But new players take time to get familiar with their teammates, which can be a disadvantage. 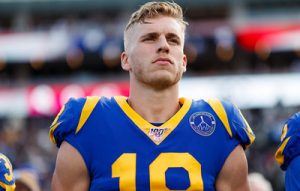 There are many who believe Los Angeles Rams wide receiver Cooper Kupp should have been the NFL regular-season MVP. And even though he had a stellar season—including 145 receptions for 1,947 yards and 16 touchdowns—there was no way he could muscle in between favorites Tom Brady and Aaron Rodgers.

In the playoffs so far, Kupp has been money. In the Rams three playoff games, he’s had 25 catches for 386 yards and four touchdowns.

The Super Bowl might be his chance to get some recognition. Though four of the last five Super Bowl MVPs have been quarterbacks, that list also includes a wide receiver: the New England Patriots’ Julian Edelman.

The Super Bowl quarterbacks are the favorites this year at Caesars Sportsbook: Rams QB Matthew Stafford at +120, and Cincinnati Bengals signal caller Joe Burrow at +220, with Kupp next at +700. 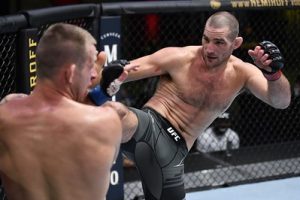 Fighter Sean Strickland has been mentioned as a middleweight title contender, and his bout Saturday night with Norwegian Jack Hermansson could get him that shot.

Strickland is the favorite at -220, putting his five-fight win streak on the line against Hermansson. He is 24-3 overall. But to win at UFC Vegas 47, he has to avoid Hermansson’s grappling style. If he can do that and work to his strengths, like his superior striking power, he should come out victorious. Put him on your list of 5 Bets.

#5. Truex Ready to Run at Clash

Martin Truex Jr. has no idea what to expect at this Sunday’s Clash at the Coliseum, but told reporters he’s looking forward to the race in L.A.

“I’ve never raced a stock car on a track this small and, obviously, we’ve never raced the Next Gen car,” Truex said. “So that’s gonna be interesting. You know, I think the cool thing is it’s gonna be a lot of fun to do something new. And there’s a lot of excitement around it as well. So I think everybody’s anxious to get out there, get on track, see what we can do.”

New track, new car, and new event all make this race wide open. Truex has had success at short tracks on the Cup Series circuit, so at +700 at BetRivers, he could be a nice value pick here.

The race doesn’t count in the Cup Series, so drivers might not be as aggressive. Look for Truex to run a smart, conservative race and sneak out with a victory.

What: Clash at the Coliseum
When: Sunday, February 6 at 6 p.m. ET
Watch: Fox-TV