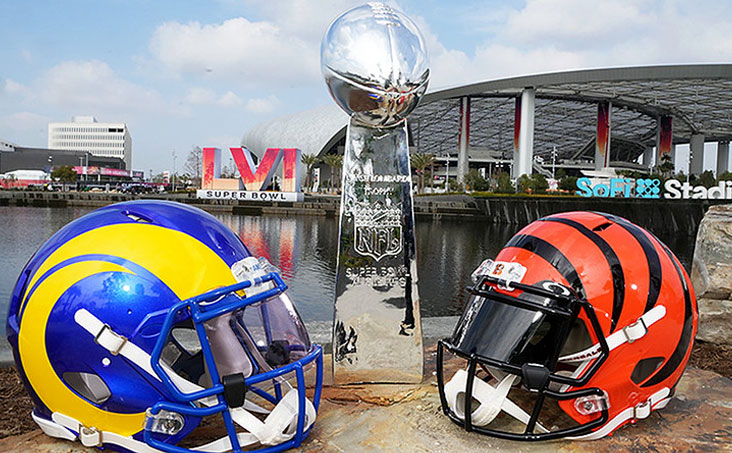 With Super Bowl Sunday in our sights, here are 5 Bets to bank on. Along with the NFL, Reger shares his picks for the Phoenix Open, UFC 271 and EPL.

With the Super Bowl in the offing this weekend, here’s my pick for the winning team as well as a prop bet I like.

In other sports, the PGA Tour is at the Phoenix Open. I like that tournament to go into a playoff.

At UFC 271 on Saturday, two middleweights will stage a rematch after three years. I’m looking for the favorite to retain his title.

My final bet is on the English Premier League, where I hope to kick off a new winning streak. 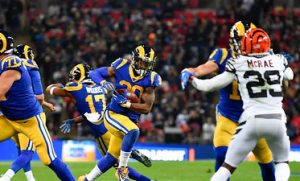 The Cincinnati Bengals have burned me throughout the NFL Playoffs. In the Wild Card round, I picked them to win but not cover against the Las Vegas Raiders. They covered by a point.

In the Divisional Playoffs, I picked the Tennessee Titans to win, but the Bengals—four-point underdogs—won outright. Then I was convinced they’d fall to the Kansas City Chiefs. But they upset the Chiefs in the AFC Championship game.

Now the Bengals are getting four points against the Los Angeles Rams in Super Bowl LVI. You’d think maybe I would finally jump on the Bengals bandwagon. Nope. I’m taking the Rams to not only win the Super Bowl, but to cover the four points.

The main reason is the Bengals’ offensive line. Though it’s awful, it has been able to get past its deficiencies. For example, the Titans sacked quarterback Joe Burrow nine times in the teams’ January 22 matchup. And the Bengals still won.

They can’t have half that many sacks against the Rams and expect to prevail. Problem is, as good as L.A.’s front four are, Burrow might be on his back for most of this game.

All-pro defensive tackle Aaron Donald is going to have a huge day, and it might be a smart bet to pick him to win MVP, though those odds have dropped from +5000 to +1200. Still, this should be an all-Los Angeles performance. The Rams will prevail by at least a touchdown. 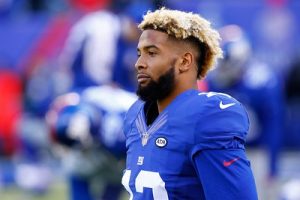 There’s always someone who has a breakout game in the Super Bowl, and this year, that person will be Odell Beckham Jr. The veteran wide receiver has been a key piece of the Los Angeles Rams offense.

In the NFC Championship he had nine receptions, and the week before that, he hauled in six catches. I believe he’ll get more than the total of 5.5 receptions posted at +130 at the Westgate SuperBook.

With the Cincinnati Bengals focused on containing Cooper Kupp, Beckham will shine. He will be targeted by quarterback Matthew Stafford and should easily go over the total.

Join Unibet Sportsbook today, just in time for the Super Bowl. Once you add funds, your first cash bet is insured up to $500 if you don’t hit a winner.

Look for Playoff at Phoenix Open 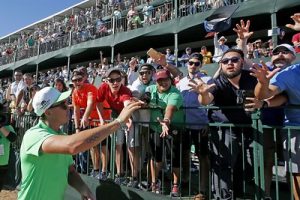 It’s one of the most entertaining events on the PGA Tour: this week’s Phoenix Open at TPC Scottsdale. It’s basically a party masquerading as a golf tournament.

The fans get loud and a little rowdy, and the players love the interaction with the massive galleries. They also love the course, which can be a birdie-fest. The winning score has been -17 under or better for the last five years. Brooks Koepka won last year with a -19 under 265 total.

BetMGM is offering +333 odds that this one will need extra holes. I like it as a great value bet.

Reward yourself with up to 40% more in profits on winning parlays with BetMGM’s Parlay Plus. Just opt in and place a 4-7-leg parlay on any combination of sporting events. 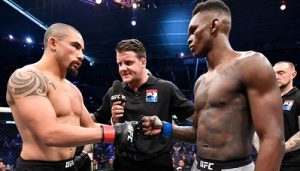 Robert Whittaker would like to get some revenge over Israel Adesanya, who took away his middleweight title in 2019. Only problem is, Adesanya has only gotten stronger. And if Whittaker couldn’t beat him the first time, why would he be able to at UFC 271 on Saturday night?

Oddsmakers don’t give him a chance. At Caesars Sportsbook, Adesanya is the overwhelming favorite—-280—to defeat Whittaker, who has +230 odds.

Though Adesanya lost to Jan Blachowicz when he tried to move to lightweight, he remains undefeated in the middleweight division. His last fight was a unanimous decision over Marvin Vettori in June.

Since his loss to Adesanya, Whittaker has won three contests, most recently against Kelvin Gastelum. Still, look for Adesanya to retain his title against the No. 1 contender. 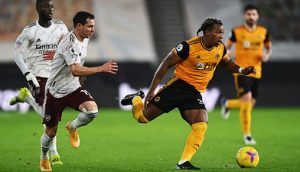 Arsenal FC has designs on one of the Top 4 positions in the English Premier League standings, but has played poorly since the first of the year and is currently in sixth place. In five matches since New Year’s Day, Arsenal has gone 0-3-2 and scored a total of one goal in those five games.

Now the team travels to Wolverhampton to face the Wolves, who haven’t lost since December 11 and are just two spots behind Arsenal.

Wolverhampton is the underdog in this match at +250 at PointsBet, while Arsenal checks in at +118. I like the Wolves to win at home and continue Arsenal’s misery.

Don’t sweat the ending! With PointsBet’s Early Payout bonus, bet on any English Premier League game. If your team leads by 2 goals at any point, your cash winnings up to $50 will be paid within 30 minutes.

Don’t Fall for The