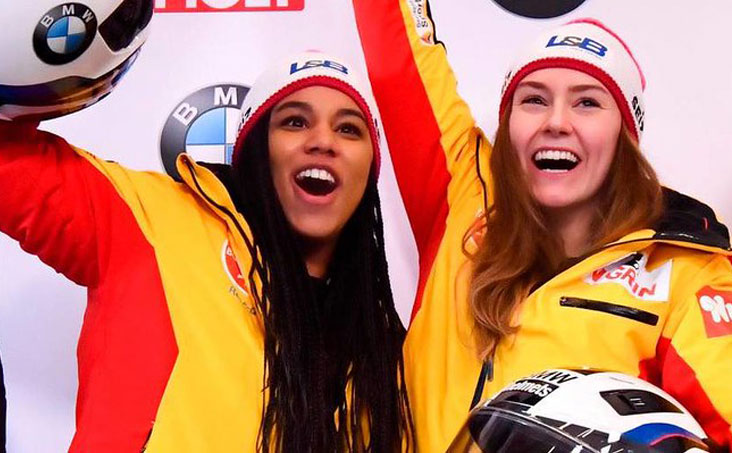 With the NFL season over, 5 Bets searches the betting board for value, and uncovers some betting gems.

It’s going to be strange not making NFL bets until preseason games start in August. That’s a long time to pine for my favorite sport. I can take solace in the USFL starting up April 16, but it won’t quite be the same. For this week’s 5 Bets, I had to search for some value, but I found it.

NASCAR kicks off the Cup Series this week with the Daytona 500. The Great American Race is a tough one to handicap, with all the possibilities for wrecks knocking out top drivers. One driver has suffered some bad luck at this track, especially last year, but I’m hoping this is his race.

It’s time for me to get back on the winning track with English Premier League soccer. I had a nine-game winning streak snapped two weeks ago, but there’s a match that should go the favorite’s way.

The PGA Tour is at historic Riviera Country Club in Pacific Palisades, and one Southern California golfer has had strong performances. The way he’s playing right now, I like him to challenge for the trophy.

The Winter Olympics in Beijing are winding down, but there are a couple events that should pay off. I like the favorite in the women’s bobsled, as well as an underdog in pairs figure skating. 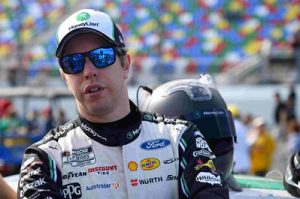 Among current NASCAR drivers, no one’s had more bad breaks at the Daytona 500 than Brad Keselowski. The 38-year-old has run the Great American Race 12 times, but never won.

Last year might have been the cruelest defeat. He and Penske teammate Joey Logano were battling for the lead on the final lap when the two crashed each other out of the race. Keselowski finished 13th, but he knows victory was a possibility.

“That’s part of what stung so bad,” Keselowski said, “losing it the way I did last year.

In his last five starts at Daytona, Keselowski has failed to finish the race. But this year, it could be different. He’s with a new team, forming a partnership with Roush/Fenway Racing and driving a Ford Mustang. He’s getting +1600 odds at BetRivers, so I like the value in this bet. Add him to your 5 Bets list.

Keselowski has extra motivation this year: to honor his dad, Bob, 1989 ARCA Series champ and a longtime driver and team owner, who died in December.

Join the sports betting family at BetRivers and your first deposit will be matched dollar for dollar up to $250. Get started today! 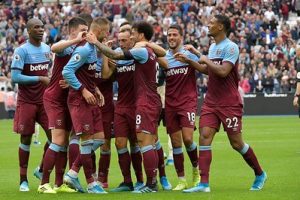 In English Premier League soccer, West Ham United hasn’t been playing particularly well lately. Even manager David Moyes admits the team is in a bit of a slump.

“We’re still in that period where we’re not quite finding our mojo and our rhythm really and we know we can do a lot better,” Moyes said. “But, look, while we’re not playing as well, we’re still picking up points.”

Even though West Ham is 2-2-1 in its last five games, it’s clinging to the fourth spot in the EPL standings. But being a point ahead of Manchester United is a tricky position to be in, so the Saturday game against Newcastle United is crucial to get two points.

It shouldn’t be difficult. Newcastle United is in danger of being relegated. The team is currently in 17th place, but has been playing well; in its last five matches, the team is 3-0-2. Newcastle is tempting to take with odds of +430. But I’m sticking with the favorite in this one. In this week’s 5 Bets, I’m taking West Ham at -145 at Caesars to win.

Register a new account at Caesars Sportsbook, make a real money deposit and place a first bet of EXACTLY $20 to get six $50 Free Bets. 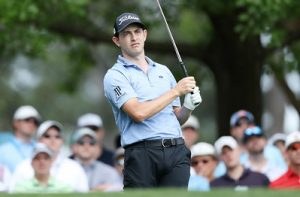 Patrick Cantlay is the hardest working golfer on the PGA Tour, but hasn’t been able to get a victory so far this year. He came close last week, getting into a playoff with Scottie Scheffler, but lost on the third extra hole.

In three other appearances in 2022, Cantlay has finished fourth, ninth and tied for fourth. It would seem it’s only a matter of time before he gets his seventh PGA Tour victory, and what better place than the Genesis Invitational?

Cantlay, who grew up in nearby Long Beach, is intimately familiar with Riviera Country Club. It was his home course when he played at UCLA, and he’s performed well there as a pro. He’s finished in the Top 20 every year since 2018, and that year, he tied for fourth.

Riviera is a course that suits Cantlay’s eye, and with how he is playing, getting +1200 odds at PointsBet seems like a steal. Put this one on your list of 5 Bets. 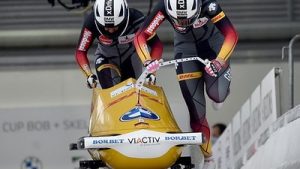 At the 2022 Winter Olympics, the women’s two-person bobsled is dominated by three strong German teams. But the hottest one at the moment is Laura Nolte and Deborah Levi. The two won the European Championship a month ago and are the +170 picks at BetMGM to take the gold in Beijing.

Compatriots Kim Kalicki and Ann-Christin Strack, who finished second to Nolte and Levi at the European Championship, are next at +350, along with Americans Elana Meyers-Taylor and Kaysha Love.

With the poise they showed a month ago, Nolte and Levi should take this event.

Start every week with a free bet at BetMGM. Join the Money Monday Club and get a $10 Free Bet when you place $50 in qualifying wagers in the previous week (Monday through Sunday). 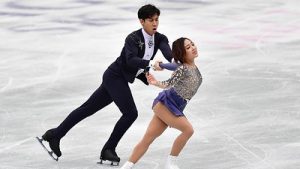 Pairs figure skating at the Olympics should come down to a two-team race between Russia’s Anastasia Mishina and Aleksandar Galliamov and China’s Sui Wenjing and Han Cong.

Mishina and Galliamov won the European Championship last month and are the favorite at +135 at BetMGM. Wenjing and Cong are next at +150.

This is the first Olympics for the Russian tandem, and nerves might play into their performance. I like the home team of Wenjing and Cong to pull off the upset on Saturday.

Get a Jump on March