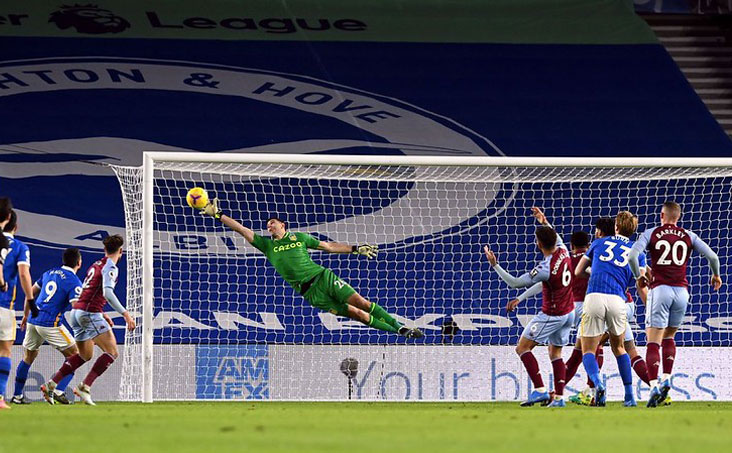 Our 5 Bets writer looks at golf and English Premier League soccer this week, and throws in a NASCAR wager too.

Golf and soccer fill my betting card in this week’s 5 Bets, as I take a look at two golfers and two English Premier League matches.

Could another longshot win this week? I like one to finish in the Top 5, while I took a more established golfer to finish fifth or better.

Lately I’ve done well with English Premier League, winning nine straight bets. I missed the mark the last two weeks. Though I could go the safe route and take some overvalued favorites to win, I’m going with two underdogs in this week’s 5 Bets.

The last of my 5 Bets is on the NASCAR race at the Auto Club Speedway in Fontana, California. Some people have lost faith in Kyle Busch. But I’ll take a chance that he performs well at a track where he’s had prior success. 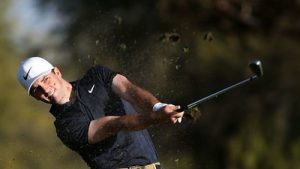 Denny McCarthy isn’t a household name on the PGA Tour, but that might change after this week’s Honda Classic. The 28-year-old hasn’t won yet on the tour, but he’s been hovering around the top of the leaderboard this season.

Longshots have been doing well this year, and though I’m not ready to commit to McCarthy (+5000) to win, I do like him at +1000 at BetMGM to finish in the Top 5. He played in this event last year and had the best finish of his career, a tie for third. I’m expecting a similar outcome this year. Consider McCarthy for your 5 Bets.

With Parlay Plus at BetMGM, score up to 40% more in profits on winning parlays! Just place a 4-7 leg parlay. If it wins, the bonus is yours. 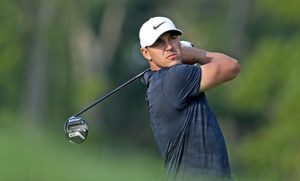 Brooks Koepka found himself in an unwanted spotlight two weeks ago at the Waste Management Open, where he responded to Phil Mickelson’s criticism of the PGA Tour. Mickelson slammed the PGA’s “obnoxious greed,” and claimed the Tour doesn’t share enough media rights’ money with its players. Koepka commented on a Golf Digest Instagram post saying, “[Don’t know] if I’d be using the word greedy if I’m Phil….”

Before the WM Phoenix Open, reporters asked Koepka about his position, and he cut them short. “Look, man, I said what I said. So you can take it from there.” He also was nudged into making a statement that disavowed any participation in the Saudi Golf League.

It didn’t bother Koepka then, but getting asked about it might have had something to do with his poor performance at last week’s Genesis Invitational. He shot two rounds in the 70s and missed the cut.

Now Koepka is traveling to Florida for the Honda Classic and hopes the media has moved on from the ill-fated Super Golf League backed by Greg Norman. He’s +1800 to win, but I’m going to go the safe route and take him at +450 to finish in the Top 5.

Koepka is one of the few top players at this event, and he finished tied for second here in 2019. 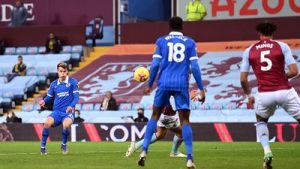 In EPL soccer, neither Brighton & Hove Albion nor Aston Villa has been playing very well of late. Both teams have gone 2-1-2 over their last five games.

The two meet on Saturday at Brighton’s field. Brighton is the favorite at +125 at PointsBet, while Aston Villa is at +215. A draw checks in at +225. It’s tempting to take the two teams to tie, but I think Aston Villa is going to prevail.

Brighton has been having some defensive issues, and it definitely showed last Saturday as the team was pummeled by lowly Burnley, 3-0. Aston Villa’s last game was also a loss, a 1-0 downing, but to a much more respectable Watford squad.

Aston Villa won its last meeting with Brighton, with a 2-0 victory in November. The team should do the same on Saturday. 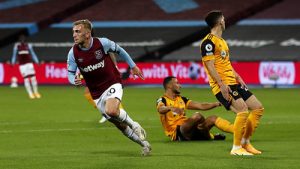 All season, West Ham has been the surprise of the English Premier League. The club had clung to the fourth spot in the standings, but recently slipped to fifth. Now West Ham faces a Wolverhampton squad that’s two spots behind them in the standings, with only two points separating them.

Wolverhampton has won its last two games. West Ham has tied in its last two. Look for the Wolves to prevail against a West Ham team that is reeling a bit. A good addition to your 5 Bets. 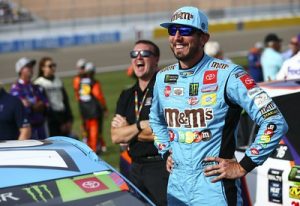 Some gamblers who bet on NASCAR have quietly said Kyle Busch’s best days are behind him. I am not quite ready to write off the 36-year-old.

The Las Vegas native has done well at this week’s NASCAR stop, the Wise Power 400 at Auto Club Speedway. He finished second in 2020, and won here in 2019. He’s getting +700 at Caesars Sportsbook.

Busch is comfortable at Fontana, and after finishing sixth at Daytona last week, there is a lot of gas left in his tank.

Get in the race at Caesars Sportsbook. Bet exactly $20 on any event, and get $300 in Free Bets toward future wagers—win or lose.