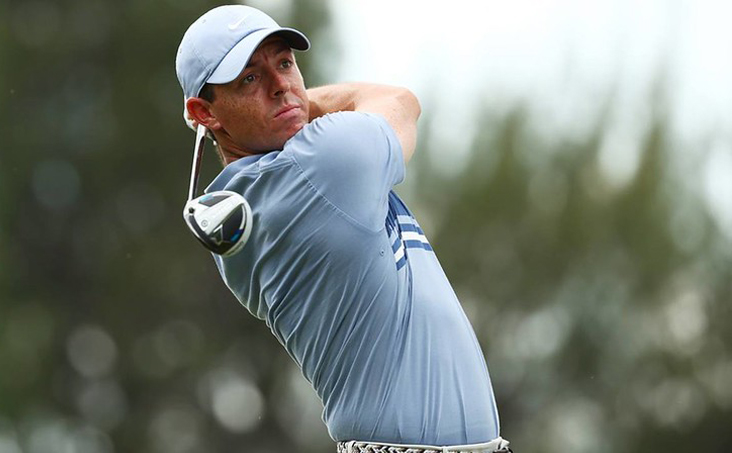 This week’s 5 Bets include NASCAR and Formula 1 wagers. Reger also picks a winner in the PGA Tour event and two at UFC 272.

NASCAR is making its West Coast Swing, and this week is in Las Vegas at the Pennzoil 400. Though I don’t usually like the favorite, I’m taking him in this week’s 5 Bets.

Formula 1 is readying its season and I like another favorite to win the Drivers’ Championship.

It’s been tough to make money on golf lately, with all the longshots coming in. I’m hoping that trend takes the week off, and am backing one of the more established players to win the Arnold Palmer Invitational.

The last two of my 5 Bets are on Saturday’s UFC 272 at T-Mobile Arena in Las Vegas. I’m looking at an upset in the Main Event, and a favorite in one of the undercard bouts. 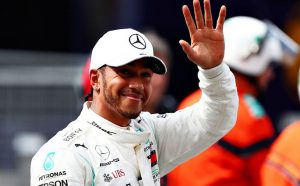 For nearly a decade, Lewis Hamilton has been the king of Formula 1 racing, winning the Formula 1 Drivers’ Championship six out of the last eight years. He had a streak of four straight until rival Max Verstappen snapped it last year.

Losing the year-ending honor didn’t sit well with Hamilton, nor did Verstappen’s choice to pass on the last-lap restart. But the animosity might actually give Hamilton more motivation—not that he needs more drive. The 37-year-old Mercedes pilot readied himself for the season opener, the Bahrain Grand Prix, by posting the fastest lap in Barcelona at preseason testing. He was joined by his teammate, George Russell, who had the next fastest lap. Verstappen was next, posting the third fastest lap.

Though Verstappen won the Drivers’ Championship last year, Hamilton is the +138 favorite at Caesars Sportsbook, and I like him to be champion again.

Join the winners’ circle at Caesars Sportsbook. Bet exactly $20 on any event, and you’ll get $300 in Free Bets to use toward future wagers—win or lose. 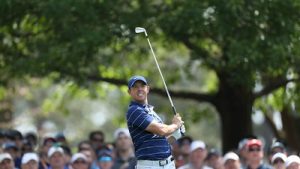 In recent years, only Tiger Woods has had more success at the Arnold Palmer Invitational than Rory McIlroy. McIlroy won at the Arnie in 2018, and has five consecutive Top 10 finishes, including a tie for 10th last year.

The Irishman is +1200 at PointsBet to win at Bay Hill Golf Club this week. Jon Rahm is the favorite, but I like McIlroy—not only for his past performance here, but how well he’s playing so far this year.

McIlroy won the CJ Cup in October, and ended his year with an 18th place finish at the Hero World Challenge. His first event on the PGA Tour this year was a tie for 10th at the Genesis Invitational two weeks ago.

He did play two events on the European PGA Tour in 2022, finishing third at the Dubai Desert Classic and a tie for 12th at the Abu Dhabi Championship. He’s in top form and at 12 times my money, I’ll go with McIlroy.

Make your PGA Tour bets at PointsBet. New customers get up to a $500 refund (free bets) if their first fixed-odds bet loses. Get started today! 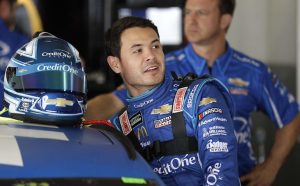 Kyle Larson loves winning streaks. He had one last year, May through June, when he rattled off four wins in a row. Then he put together a three-peat in October.

Last week, Larson won at Fontana for his first NASCAR Cup Series win of the season. Now the defending champion at Sunday’s Pennzoil 400 could be readying another streak.

Of course, oddsmakers also think Larson is going to be victorious this Sunday at Las Vegas Motor Speedway. They have odds anywhere from +250 at BetMGM to +350 at Caesars, which I took. Not the greatest odds in the world, but I think Larson wins his second race in as many weeks.

Jorge Masvidal doesn’t like Colby Covington. The former friends have been at each other’s throats for the past two years— figuratively and literally. At UFC 272, Masdival has a chance to silence the brash Covington.
He’s a big underdog to do that, however—+275 at Bet Rivers, while Covington is fetching -350 odds.

This is a tough fight to call. Both fighters have only lost to welterweight champ Kamaru Usman. Covington has the edge as the better wrestler, but Masvidal is the better striker.

I think this fight comes down to motivation, and I like Masvidal, who really wants to shut Covington up. For Justin Epifanio’s take on the big fight, click here.

Register a new-player account at BetRivers, and your first deposit will be matched, dollar for dollar, up to $250. Join the family and make your 5 Bets count! 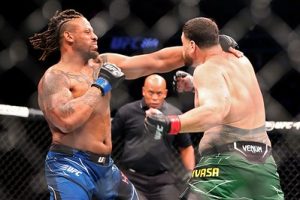 Former Dallas Cowboys defensive end Greg Hardy, who’s been trying to transition from football to MMA, might be near the end of his second career. With one fight left on his UFC contract, a loss on Saturday to Sergey Spivak would probably mean Hardy’s UFC days are over.

Hardy is +172 at BetMGM to defeat his heavyweight rival, now the favorite at -215. He’s coming off two straight losses, most recently to Tai Tulvasa last July. I think Spivak is too much for Hardy to handle. I see another KO/TKO for Hardy at Spivak’s hands.