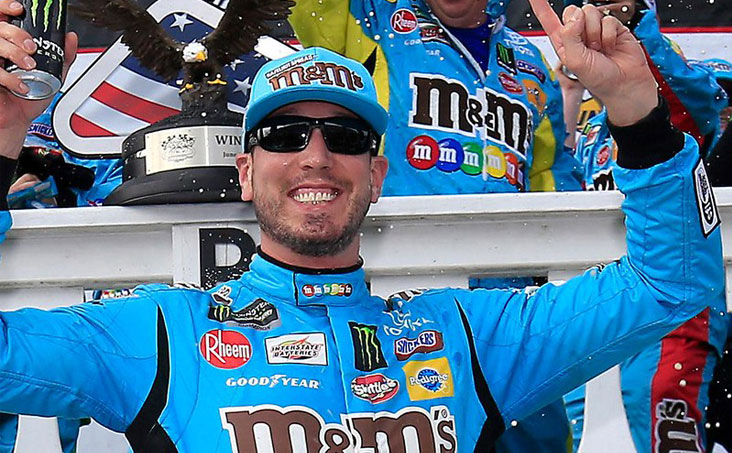 5 Bets writer John Reger is ready for March Madness with two NCAA basketball picks, along with two golf selections and a NASCAR wager.

The weather is starting to get warmer, but what’s really heating up is NCAA basketball. Two of my 5 Bets are conference championship picks, and I got some really good odds for a team that is seeded second.

In golf, a marquee event that isn’t a major championship is being played this week. The Players Championship is set to tee off at TPC Sawgrass, and there are two golfers I like to place high in the tournament.

Finally, NASCAR is at Phoenix Raceway on Sunday, and even though Chevrolet cars dominated the first two Cup Series races, I like a Toyota driver to win the Ruoff Mortgage 500.

Join Unibet Sportsbook today. Once you make your first deposit, your first cash bet will be insured up to $500 if you don’t hit a winner.

Morikawa to Impress at Players Championship

I’m not going to lie, I really want to bet Collin Morikawa to win the Players Championship. But I’m a chicken. I’m going to hedge and take him at +333 at BetMGM to finish in the Top 5 at TPC Sawgrass.

Morikawa has only played this event once, finishing tied for 41st. Though I think he’ll challenge for the lead, something tells me to not get greedy and take the +333.

Morikawa has been on a tear so far this PGA Tour season. Of five events so far, he’s finished second twice, fifth twice and seventh once. Look for another Top 5 performance this week.

Get a Hole-In-One Free Bet at BetMGM. Wager at least $17 on the Players Championship. You’ll get a $17 Free Bet if any golfer scores an ace on hole 17, regardless of your wager’s outcome.

After a slow start to the PGA Tour season, where he missed cuts in two of three events, Shane Lowry looks like he has returned to form. Two weeks ago at the Honda Classic, the Irishman finished second, his best finish in over two seasons.

He has played five events on the European Tour, and has four Top-20 finishes. I like the 34-year-old to sneak into the Top 10 at +400 at the Players Championship. One more reason to back Lowry: he finished eighth at TPC Sawgrass last year. 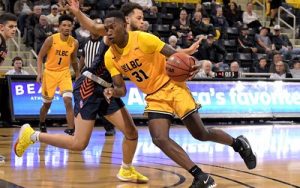 This NCAA basketball season has shown us that the parity in college hoops is probably the best it’s been in years. That should play out at the Big West Conference tournament as well.

The first game of the conference championship produced an upset, as the four-point favorite Cal State Northridge Matadors lost to the CSU Bakersfield Roadrunners, 58-45 on Tuesday.

Next, CSU Bakersfield will face the No. 1 seed Long Beach State 49ers. The 49ers were the outright winners of the Big West, but are the third pick to win the conference championship at +425 at PointsBet.

I like LBSU’s speed on the court, and think they’ll use that to blow by the teams they face in the conference championship.

Betting on the Big West? If you’re a new customer at PointsBet, you’ll get up to a $500 refund (free bets) if your first fixed-odds bet loses. 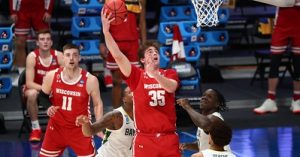 I really like the Wisconsin Badgers to win their conference championship. The No. 12 Badgers are 24-6, and would have been the No. 1 seed in the Big Ten Conference championship if not for an upset by the Nebraska Cornhuskers last Sunday. They’re now the second seed and +900 at PointsBet to win an automatic entrance in the NCAA Tournament.

Wisconsin has won seven of its last nine games, but had a scare Sunday when star guard Johnny Davis suffered a lower back injury after a flagrant foul. But Davis said he’ll be ready to go when the team plays its first game of the conference tournament on Friday. I like the odds, and I like this team to take the conference title. 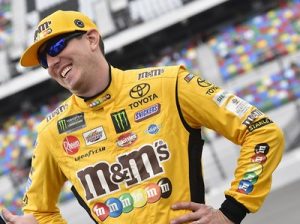 So far this season, NASCAR Cup Series events have been dominated by Chevrolet. In the season opener, the Auto Club 400 in Fontana, California, four Chevys finished atop the results, led by Kyle Larson.

Last week, at the Pennzoil 400 at Las Vegas Motor Speedway, four of the Top 5 were Chevrolets, with Alex Bowman finishing first.

The fourth-place finisher in Las Vegas was Kyle Busch, who actually led the race for a bit before finishing three spots away from Bowman. It was impressive, in that Busch was using a backup car after he wrecked his primary Joe Gibbs Racing Toyota in Saturday’s practice.

Starting at the back of the pack for the Pennzoil, Busch wrangled his way toward the front and was in the lead with six laps remaining before a late yellow flag dropped him down to fourth.

His performance in Las Vegas might be a sign of better races from the 36-year-old. He’s at +800 at BetRivers to win this week’s Ruoff Mortgage 400 at Phoenix Raceway. I like Busch’s chances, and I especially like his odds.

Ready to put your 5 Bets expertise to work? When you join the family at BetRivers, your first deposit will be matched, dollar for dollar, up to $250.