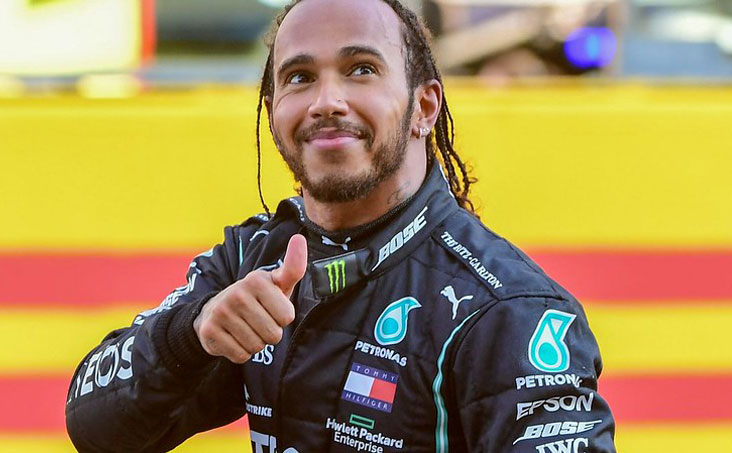 Four of this week’s 5 Bets are centered on the first round of the NCAA Tournament. The last goes to Bahrain with Lewis Hamilton.

This week with March Madness, it’s one of the best times to wager on sports, and 5 Bets has you covered. The NCAA Tournament begins its first round Thursday. Between now and the start of the second round on Saturday, there are 48 college basketball games to wager on over four days.

Play Along with March Madness. Download your iGP Brackets here.

There’s no more fun than being in a sportsbook, watching game after game with a bunch of other rabid fans, cheering on every possession. So four of my 5 Bets are on the tournament’s first round. I went with three favorites in four games, and took the underdog in one game, believing the team will cover, if not pull off the upset.

My final bet is on Formula 1, which kicks off the racing season Sunday at the Bahrain Grand Prix. I’m betting the underdog will overtake the favorite. 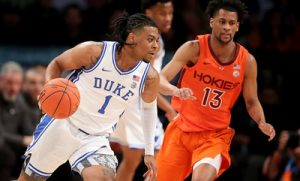 After watching the Big West Championship game in person Saturday night, I was appalled at the level of play by the two finalists, the Long Beach State 49ers and Cal State Fullerton Titans. About midway through the second half I hollered, “Whoever wins this game will get beat by 20 in the first round of the NCAA Tournament.”

Well the Titans won, and get the Duke Blue Devils in the first round Friday, playing in the West Region in South Carolina. They’re getting 18 points at PointsBet. I’d like to amend the above prediction and say that CSUF could lose by 30. In their own conference, the Titans made effective use of their inside guys, forwards E.J. Anosike and Vincent Lee. But they have no answer for Duke’s big men, Paolo Banchero and Mark Williams, who have at least a two-to-four-inch height advantage.

This game will be decided by halftime, and the Duke subs that come in should be able to increase the double-digit lead to cover the spread.

Hey, NCAA fans. As new customers at PointsBet, you’ll get up to a $500 refund (in free bets) if your first fixed-odds bet loses. Get started today! 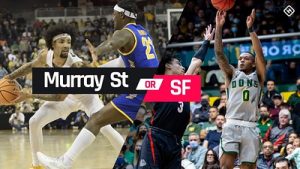 This could be one of the best games of the first round—not surprising, since the Murray State Racers are a No.7 seed, while the San Francisco Dons are No. 10. The line is 1.5 points for Murray State at Caesars Sportsbook.

I like Murray State for a couple of reasons. First, they only lost two games this season, and one of them was to No. 8 Auburn. Second, the Racers have the sixth-best offensive rating in the country, and the 12th-best defensive rating.

The Dons are no pushovers, even if it is their first appearance in the tournament since 1998. They played top-tier competition—like the tournament favorites, the Gonzaga Bulldogs—tougher than Murray State did, so they have the edge with strength of schedule.

This is a game that could very well come down to the final shot. If that is the case, expect Murray State to squeak out a victory.

Betting on March Madness? Get First Bet Insurance at Caesars Sportsbook. That’s right—if you lose the first real money bet you place, you receive a Free Bet, up to $1,100! 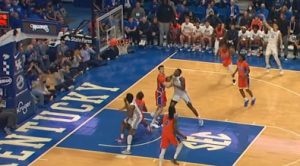 I have a rule when betting NCAA Tournament games. If you can’t name the city or state where the university is based, don’t bet on them.

The Kentucky Wildcats’ first-round opponent in the East on Thursday is St. Peter’s Peacocks. OK, go ahead, tell me where St. Peter’s is located. I’ll wait.

If you guessed Jersey City, New Jersey, you’re allowed to take the 15.5 points at BetRivers, and wager on the Peacocks to cover against Kentucky.

If you didn’t guess correctly, congratulations. The Wildcats are still fuming after getting bounced out of the SEC Tournament, and Head Coach John Calipari’s team will be playing mad. I know a lot of pundits have a crush on St. Peter’s, but I don’t think they cover.

Create a new-player account at BetRivers, and your first deposit will be matched, dollar for dollar, up to $250. Join the BetRivers family today! 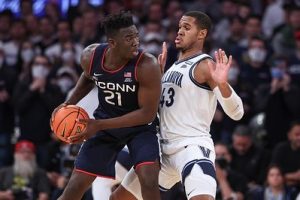 Every year in this tournament it seems a No. 5 seed goes down to a No. 12 seed in the first round. This year, that could very well be the No. 5 UConn Huskies, who are 6.5-point favorites over No. 12 seed New Mexico State Aggies at Tipico Sportsbook.

I like the 6.5 points regardless of whether New Mexico State pulls off the upset. Of the Aggies’ six losses this year, only two were by more than seven points. NMSU has also been the underdog four times this season, and won all four times.

UConn has won 21 of 25 games when they were the moneyline favorite, but are just 11-18-1 against the spread, including going 1-4 in its last five games. Look for New Mexico State to keep this close, but fall at the end. They will, however, cover the spread.

Sign up to bet on basketball at Tipico Sportbsook, and your wager risk-free, up to $750. Deposit any amount; if you don’t win, your wager is refunded 100% in betting credits.

Still, I like Hamilton at +250 at BetMGM. I think the rivalry with Verstappen has reenergized the 37-year-old, who lost driver of the year in 2021. This weekend, Hamilton will show that motivation in the first race of the season.

Introducing One Game Parlay at BetMGM! Build a parlay by selecting the winner, total and multiple player props from a single game. It’s a fast, easy way to make every play of the game matter even more.