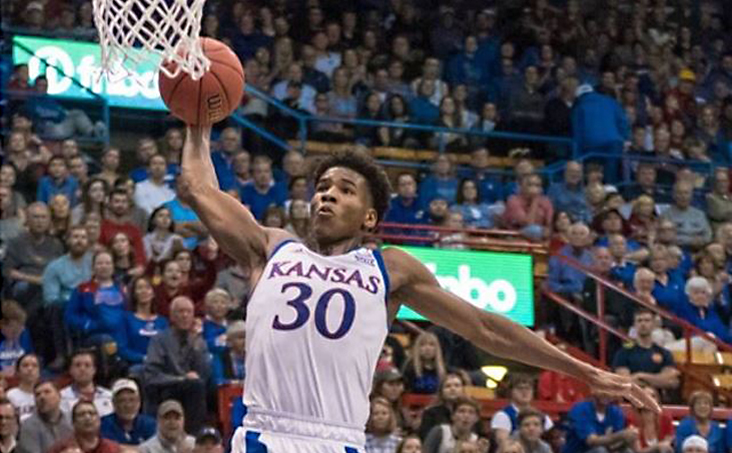 5 Bets writer John Reger has gone 6-2 with his NCAA Tournament picks. Will he finish at 8-2? Check out his Final Four picks, two Valero Open bets and an EPL pick to round out the week.

The NCAA Tournament is in its last weekend, and that makes me sad. One, because I love college basketball, but more importantly, because I’ve been hammering my bets. I’m 6-2 through the Elite Eight and am at it again, taking a team to cover in the first Final Four game, and the over to be reached in the Saturday evening finale.

To balance out my betting card this week, I’m bullish on two longshots at the Texas Valero Open. Both golfers, who have played well at TPC San Antonio in the past, are getting odds of +3000 and +3300 to win.

My final wager is on the English Premier League. One team has been getting shut out regularly, and I expect that trend to continue. 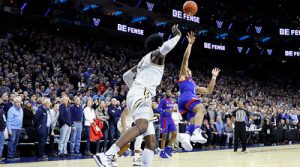 Quietly, the Kansas Jayhawks did exactly what they needed to do to reach the Final Four. I expect that to continue on Saturday in the first of two semifinal games.

The Jayhawks take on the Villanova Wildcats and are 4.5-point favorites at BetRivers. The spread probably would have been lower, but Wildcats guard Justin Moore tore his Achilles in the final minute of the team’s 50-44 victory over the Houston Cougars in the Elite Eight.

Villanova has a more than capable backup in sixth man, Caleb Daniels. The senior averages 10.2 points and 3.8 rebounds. What the Wildcats will miss is Moore’s expertise in running the floor.

Look for Kansas, the only remaining No. 1 seed, to take advantage of that. The Jayhawks have a deeper bench, and also have the edge at the free-throw line. They’ll have to shut down the Wildcats prowess at the 3-point line, but I think they will, and should advance to the championship game.

Betting on March Madness? Create a new-player account at BetRivers, and your first deposit will be matched, dollar for dollar, up to $250. 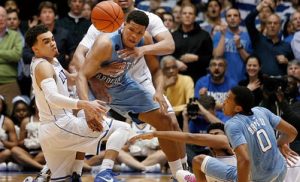 In the Final Four, with a trip to the NCAA Championship game on the line, teams get a little nervous. But the Duke Blue Devils and the North Carolina Tar Heels have experienced big games before.

There might be some clanging of shots in the beginning, but I believe both teams will settle down and turn this into a classic clash of two heavyweight college basketball programs. That’s why I’m taking the over of the 151 total at Caesars Sportsbook in what should be an epic game.

In the third meeting in the ACC Tournament, the Tar Heels finally got past Duke, 94-81. The total was 152.5 and it went over easily. With the talent both teams have, there’s no reason the over won’t hit for a fourth time.

Join Unibet Sportsbook today. Once you add funds as a new player, your first cash bet will be insured up to $500 if you don’t hit a winner.

Chris Kirk has put together one of his best seasons so far this year. The 36-year-old four-time PGA Tour winner finished tied for fifth at the Arnold Palmer Invitational and tied for seventh at the Honda Classic.

This could be the year Kirk gets his first tour victory since the 2013-2014 season. And what better place than the Valero Texas Open? Kirk is 5-for-7 at this event, with three Top 10s and a tie for 13th.

BetMGM has him at +3000 to win the event, and I like his chances, especially at those odds.

Introducing One-Game Parlays at BetMGM! Select a winner, total and multiple player props from a single game. It’s a fast, easy and fun way to make every play of the game matter even more. 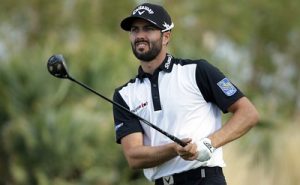 It doesn’t seem like five years since Adam Hadwin won on the PGA Tour. The Canadian golfer won the 2017 Valspar Championship, but hasn’t scored a victory on tour since then.

The main weapon in Hadwin’s bag is his putter, but his iron game is also strong. He’s had Top 10 finishes this season in the Valspar, the Shriners Children’s Open and the Players Championship.

With his putting skills and recent play on tour, I like Hadwin at +3300. It’s worth taking a flyer on him.

Let’s make this interesting! Join Tipico Sportsbook before you bet on the PGA Tour. You’ll claim a Risk-Free Bet of up to $750 on sign-up. 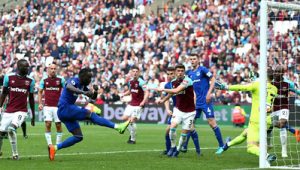 Two months ago, West Ham was in the Top 4 of the Premier League standings, but since then has slipped to seventh. The team still has a chance to climb back to fourth place, but its recent form has been troubling.

Since January 16, the club has gone 3-4-2, losing to lesser teams such as Leeds United and Southampton. West Ham hasn’t panicked, however, and is looking forward to its next opponent.

On Sunday, West Ham hosts 17th place Everton, and at first glance, it looks like an easy victory. Everton is three points away from falling into relegation territory, has lost four of its last five matches, and has scored one goal in those five matches and had four shutouts in five games. I like taking West Ham to win and shutting out Everton, especially at +190 at PointsBet.