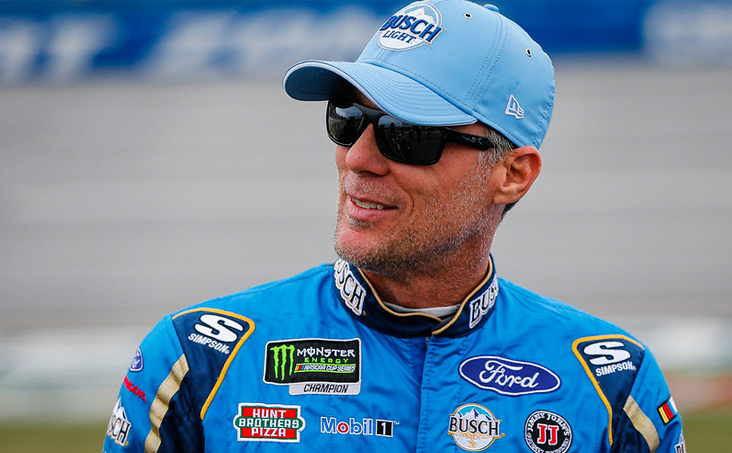 March Madness. The Players Championship. European soccer. A decisive boxing match. NASCAR. Put them all together, and you’ve got a pretty busy sports week. Here are 5 bets to make this week.

NCAA’s March Madness is here. So’s the PGA Tour’s marquee regular-season event, the Players Championship. Add a face-off between top European soccer teams, and a boxing match that will decide the No. 1 middleweight contender. Along with NASCAR’s Phoenix event, it’s a busy betting week. So let’s jump right into our list of the Top 5 bets to make this week. 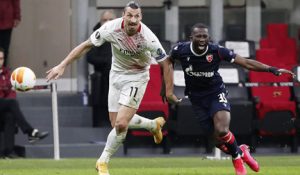 It’s one of the marquee matchups of the Europa League: the first of two games between AC Milan Rossoneri and the Manchester United Reds. The two teams are second in their respective leagues, and Thursday’s game could be one of the best.

But even minus some key players, both clubs have solid performers who should be able to make up any scoring deficiencies. Milan will be relying on Rafael Leao and Fikayo Tomori.

Manchester United opened at most sportsbooks at -125, but moved quickly to -150, while AC Milan went from +370 to +410. This might be too much of an ask for the Rossoneri. Take Man U to win this match.

Will Benavidez Be Sharp After Layoff? 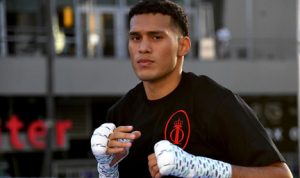 It’s been almost seven months since David Benavidez won his fight against Roamer Alexis Angulo, but lost his WBA super middleweight title because he couldn’t make weight. Now Benavidez faces much stiffer competition with Ronald Ellis Saturday night in the main event at the Mohegan Sun Arena in Uncasville, Connecticut. Benavidez is the -2500 favorite.

The 31-year-old Ellis, who’s 18-1-2 with 12 knockouts, should be a formidable challenger, despite being a +2500 underdog. But he does have a two-inch height disadvantage.

The winner of this bout would be first in line to face WBC champion Canelo Alvarez. Benavidez, who’s 23-0 with 20 knockouts, has already declared himself the heir to face Alvarez, telling the boxing world that the champion is actually scared to face him.

“He’s going to try to avoid me as long as possible, but I feel like this fight is going to be demanded,” Benavidez told TMZ Sports.

Could Benavidez be looking past Ellis in his quest to face Canelo? At +2500 for Ellis to pull off the upset, I’m willing to make that bet to find out.

Dustin Johnson and Rory McIlroy are getting all the attention as we gear up for the Players Championship. That’s left another would-be winner flying a bit under the radar: Jon Rahm.

The 26-year-old Spaniard, who’s 16/1, hasn’t won yet this season. But he’s one of the most consistent golfers on the PGA Tour so far this year. Rahm has five Top 10 finishes, tied for the most on tour. Three of those Top 10s have been on difficult courses, much like the one he’ll face at TPC Sawgrass.

Also, the last time this event was played, Rahm had the lead going into the final round. Though he shot a 76 on Sunday and faded to a tie for 12th, he knows how to play this course.

Rahm told reporters Tuesday that he was looking forward to playing last year, but the event was canceled after the first round due to the Covid-19 pandemic.

“Played good two years ago, played really good last year that first round, so hopefully I can keep that good play going,” Rahm said. “Hopefully, I can keep that going and have a good event and good performance.”

NASCAR fans have been flipping out because Kevin Harvick hasn’t won this year—and last week’s 20th-place finish at Las Vegas didn’t help. Harvick’s gone 11 straight races without a victory. But he could turn it around at this week’s Instacart 500 at Phoenix Raceway. Harvick’s a 6/1 pick to win at BetMGM.

Throw out last week’s result, and Harvick has finishes of fourth, fifth, and sixth this year. Besides, he’s done extremely well at this race, winning it in 2016 and 2018.

Harvick told reporters he expects to do well again on Sunday.

“I would consider us a challenger at just about any racetrack that you go to, but you’re not going to be that way all the time,” Harvick said. “So I think as we go to Phoenix, you expect to go there and perform well.”

The Big Ten conference tournament begins on Friday, and the Michigan Wolverines are the +175 favorite to win the event. But a better option might be Illinois at +375. The Fighting Illini have a better overall and conference record than the Wolverines.

If Illinois wins the Big Ten, the team should be considered as a strong contender to win the NCAA Championship. Winning the conference title and getting a No. 1 seed would help the Fighting Illini tremendously.

Win the VIP trip of a lifetime at BetMGM.com! Just opt in and bet $25 on college hoops to score a VIP Sportsbook Experience during the NCAAM College Basketball tournament in Las Vegas.

Get your best bets every week at iGamingPlayer! Subscribe to below, and they’ll land in your in-box every week. Our content includes tips from insiders including this weekly column by John Reger with his top 5 bets to make this week. Follow John @writerjohnreger & iGaming Player @iGamingPlayer for more news & betting insight.