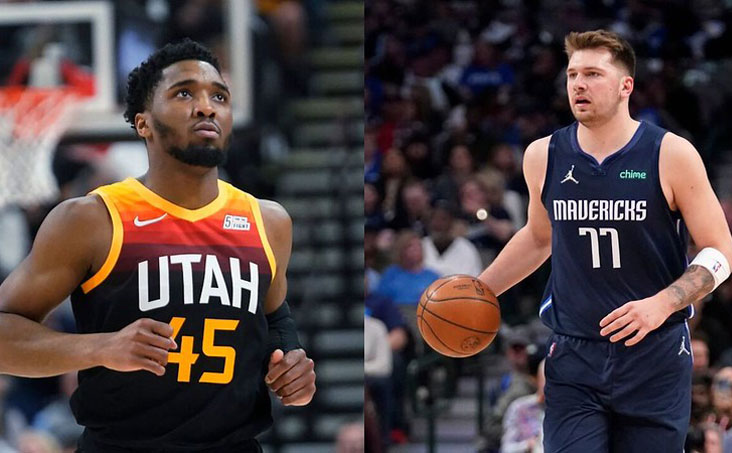 The NBA Playoffs begin Saturday, and that’s two wagers our 5 Bets writer is looking at this week.

The play-in games have been decided and we can now focus on the first round of the NBA Playoffs. I took two favorites for the first games on Saturday.

UFC Vegas 51 is Saturday in Las Vegas and I’m again looking at a favorite to prevail. A week after a major tournament is when golfers usually take a break, but there are several big-name players at the RBC Heritage at nearby Hilton Head, South Carolina. One of them I really like to win this week.

Finally, the FA Cup semifinals are this weekend and in one of the contests, I like the underdog to reach the championship game next month.

Refer your friends to Caesars Sportsbook, and if they sign up and deposit $50 or more, you’ll get a $100 Free Bet. 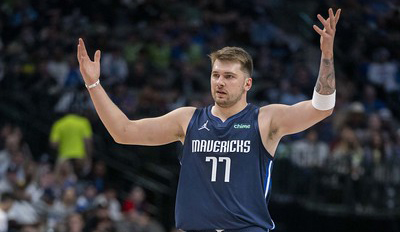 The Utah Jazz opened as a two-point favorite over the Dallas Mavericks in the first game of their first-round playoff series. The Jazz then moved to 2.5 at some sportsbooks, including Caesars, after Mavericks’ star Luca Doncic left the team’s last regular-season game with a calf strain.

No word as of Tuesday on whether the Slovenian would play on Saturday, but even if he does, he might not be 100%. That gives Utah the edge, at least in the first game. I think they steal one in Dallas on Saturday.

Bet $25 or more at BetRivers on any team to win the NBA Championship and receive a $5 Free Bet for every series they win! 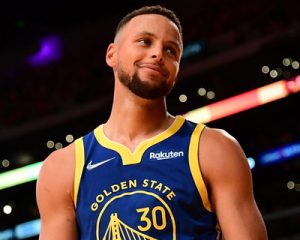 The Golden State Warriors went 1-3 on the season against the Denver Nuggets, but it was the last time they met, on March 10, that I’m looking at. The Warriors won that game, 113-102, in Denver, easily covering the 1.5-point spread.

Now Golden State is favored for the two teams’ first playoff game on Sunday in the Bay Area by four points at BetMGM. The team ended the regular season winning its last five games and Steph Curry looks like he’s ready for the playoffs.

So does the whole team. I’ll gladly take the Warriors to win and cover on Saturday. 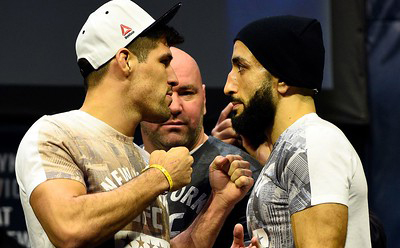 Vincente Luque faces Belal Muhammad in Saturday’s UFC Vegas 51 at the Apex in Las Vegas. The main event is a rematch from a November 2016 bout, where Luque knocked out Muhammad in the first round.

Despite Luque’s -175 odds at PointsBet, the 30-year-old said he’s taking Muhammad seriously. “Belal has definitely improved a lot,” Luque said. “He has a great winning streak right now. He has developed his game a lot.”

Both fighters have had impressive records since that meeting. Luque is 10-2, while Muhammad is 10-1. Still, Luque has the advantage with his knockout power and aggressive style. He has only one decision, the other wins coming by knockout or submission.

Muhammad has to figure out how to stay away from Luque’s punching power and fight his fight, which is a grinding style with takedowns.

Luque has too many weapons, though, and should come out victorious. It will take longer than the first round, but he should prevail.

You can now request a bet you would like to see on PointsBet directly in the PointsBet app! On the Lefthand Side Menu, click ‘Name a Bet’ and request any market you want to see! 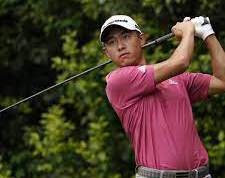 Collin Morikawa had an up-and-down Masters Tournament, but finished with a round of 67. I think that momentum will carry over to this week’s PGA Tour event, the RBC Heritage, where he’s +1300 at BetRivers.

In addition to finishing fifth at the Masters, Morikawa has three other Top 10s, including a tie for second at the Genesis Invitational. He was also tied for fifth at the Tournament of Champions.

Last year at the RBC, he challenged eventual winner Stewart Cink on the final day, before eventually tying for seventh. His only other appearance was in 2020, where he finished 64th.

The No. 2 ranked golfer in the Official World Golf Rankings has been playing solid golf and finished well in Hilton Head last year, he could be atop the leaderboard after Sunday.

Double down on your first settled bet at the Golden Nugget Sportsbook. Place your bet on any sportsbook market (min. odds -200) and your stake will be matched with a Free Bet up to $250. 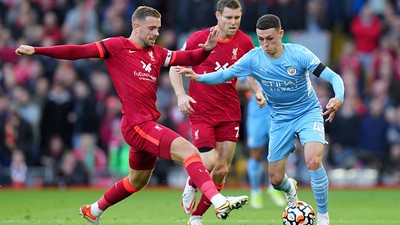 The semifinals of the FA Cup are this weekend, and the first match, Liverpool vs. Manchester City will be the better contest. Whoever wins this game should be the large favorite for the FA Cup over whoever wins the other semifinal, Chelsea or Crystal Palace.

Liverpool and Manchester City played a Premier League game last weekend and it ended up a 2-2 draw. It was the second tie for the rivals this season. That won’t be the case this Saturday. The top two teams in the Premier League have vastly different styles. I like Liverpool’s tandem of Mohamed Salah, who has a league-leading 20 goals, and Diogo Jota, who’s in third with 14.

Manchester City has the best defense in the Premier League and has allowed just 18 goals in 30 games. But Liverpool has proven it can score against Manchester City; look for the team to do so again on Saturday.

With Liverpool at +215 to win at BetRivers, I like the value in this bet.

Who Takes Home the N

For Slot Players, On