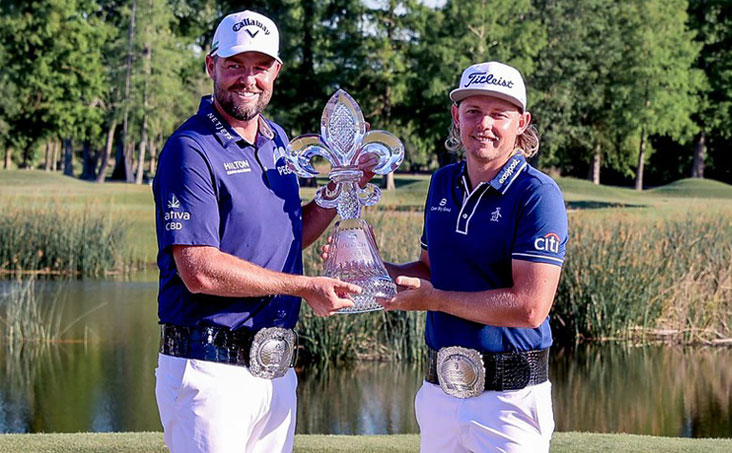 NBA Playoffs, PGA Tour golf, UFC, and NASCAR are all wagered on in this week’s 5 Bets.

The first-round of the NBA Playoffs is in full swing and 5 Bets is looking at two matchups that I think will be over in four or five games. The third game for each of these series is Friday and have small lines, despite one team dominating the other.

The PGA Tour has a unique format this week at the Zurich Classic. Two-man teams will be featured and the defending champions have some value that I think is worth a pick.

UFC Vegas 52 is Saturday and the main event features a women’s strawweight battle between a former champion and a worthy challenger.

Finally, NASCAR has the Geico 500 is Sunday at Talladega. I like a driver who is adept at superspeedway races.

Warriors Get Another W Against Nuggets 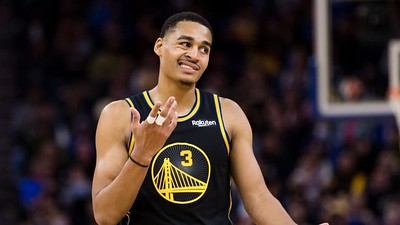 The Golden State Warriors also own a 2-0 series lead over the Denver Nuggets and they certainly look like they are ready to make a deep run in the playoffs.

It was no surprise that Steph Curry had 34 points in limited minutes, and Klay Thompson chipped in 21. Jordan Poole, who took Curry’s spot in the starting lineup while Curry gets fully healthy, dropped 29 points on Denver.

The series shifts to Denver and the Nuggets are 1.5-point underdogs. With the last two victory by 15 or more points, I’ll gladly hand 1.5 over and take the Warriors.

At PointsBet get $20+ on a 3+ leg Same Game Parlay on any Round 1 NBA Playoff game and get a $20 Free Bet to use on any NBA market during Round 1 of the NBA Playoffs!

Heat Will Continue to Cruise

The Miami Heat and Atlanta Hawks first-round playoff series has been pretty one-sided so far. The Heat won the first two games at homes by margins of 10 and 14 points.

The series moves to Atlanta, but don’t expect home-court advantage to help the Hawks. They are favored by 1.5-points in Friday’s Game 3 against Miami, but I am still taking the Heat.

The Heat have been dominant thus far and I don’t think a change of venue is going to help Atlanta. They just haven’t been able to solve Miami. In Tuesday’s Game 2, Jimmy Butler scored 45 against Atlanta in the 115-110 victory.

Trae Young had a much better performance than he did in the first game, scoring 25 points. Still, Young can score in double-figures on Friday and I still think Atlanta loses. 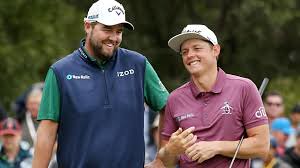 In team events, like this week’s Zurich Classic in New Orleans, chemistry is crucial in having any success. No one knows that more than Australian Cameron Smith.

Smith has won the Zurich Classic with two different golfers. In 2017 he took the Zurich and last year he and Marc Leishman won in a playoff over Louis Oosthuizen and Charl Schwartzel.

Smith is back again this year with Leishman to defend their title and the two are at +900 to repeat. The favorites are Patrick Cantlay and Xander Schauffele at +800 and Viktor Hovland and Collin Morikawa at +800.

Smith has been playing well this year. He won the Tournament of Champions and The Players Championship, as well as finishing tied for third at the Masters.

Leishman hasn’t had the year Smith is having, but he has put up three top-10 finishes.

These two should thrive again at this event, and at +900 I love the value.

Login at BetRivers for a 20% Golf Profit Boost every Sunday! Wagers must have odds of -200 or greater. 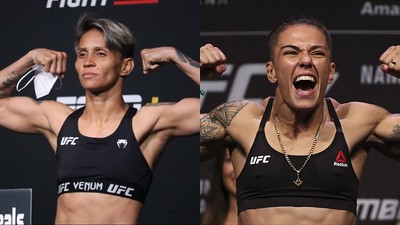 The main event of Saturday’s UFC Vegas 52 pits the classic grizzled veteran against up and coming phenom. The Women’s Strawweight Division will be the final fight of the evening and features Jessica Andrade against Amanda Lemos.

Andrade, a former champion, bounced back after a loss to Valentina Shevchenko last year, knocking out Cynthia Calvillo in Septmember.

Now she has the task of slowing down upstart Lemos, who is ranked 10th. Lemos has won her last five fights.

This bout, however, will be her toughest. Andrade is a skilled fighter whose strength is her striking ability. Lemos has that same skill, so we could see the two going toe-to-toe, and a knockout is definitely possible.

I like the experience with Andrade, and don’t think she will get herself into a position to be carelessly knocked out. I can’t say the same for Lemos.

Andrade is the favorite at -175 and she will show why on Saturday. 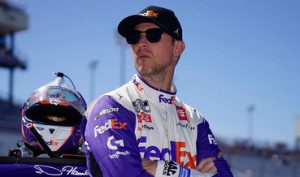 Denny Hamlin is an expert at superspeedway races. The Joe Gibbs driver has exceled at these exciting racetracks, and should do well at Sunday’s Geico 500.

The odds on Hamlin winning Sunday are +1400. That would make for a nice cash on a driver who has the experience to win.

Join Unibet Sportsbook today and insure your first cash bet – get up to $250 back if you don’t hit a winner.