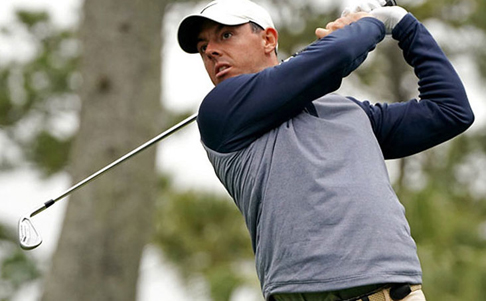 This Week’s 5 Bets tackles USFL, the PGA Championship, a UFC fight, a Stanley Cup futures bet and the Preakness.

The PGA Championship, golf’s second major, starts Thursday and I like an international superstar who’s getting good odds.

The Preakness, the second leg of horse racing’s Triple Crown, is Saturday, and I like a longshot to sneak past the favorite.

UFC has a 10-fight card Saturday featuring a former champion in the woman’s bantamweight division. But I think she’s due for an upset.

The NHL Playoffs began this week, and one of the remaining teams has the offensive firepower to win the Stanley Cup. Plus, with +1400 odds, the team is very attractive.

Lastly, the USFL enters its fifth week and two of the league’s bottom teams will face each other. One has a victory, the other is winless. I like the team with one win to cover. 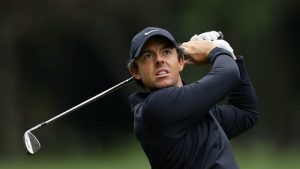 Ireland’s Rory McIlroy came so close to winning the career Grand Slam, but ultimately finished second a month ago at the Masters. But that runner-up finish seemed to kickstart his season.

Before the Masters, McIlroy’s highest finish was a tie for 10th at the Genesis Invitational. He then went T13 at the Arnold Palmer Invitational, tied for 33rd at the Players Championship, and missed the cut at the Texas Open.

After the Masters, McIlroy finished fifth at the Wells Fargo Championship. Now he enters the PGA Championship at +1400 to win, a line I think is too low.

McIlroy’s putting has been solid. He’s 38th in strokes gained putting and third in strokes gained off the tee. He’s also eighth in driving distance and second in scoring average. If he puts all that together this week, he could be winning his third PGA Championship this Sunday.

Get PGA Top 5 Golfer Insurance at BetMGM. Place a moneyline bet on any golfer to win the PGA Tournament of the week. You’ll get your stake back up to $25 if he loses, but places in the Top 5. 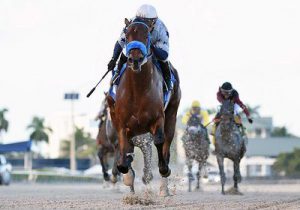 A lot of racing pundits, including iGaming Player’s Dawn Harris, believe Preakness favorite Epicenter and fourth pick Simplification could finish first-second in Saturday’s race at Pimlico. But I like Simplification to pull off the upset.

Simplification gets the rail, and unlike the Kentucky Derby, where the first post position is the kiss of death, the Preakness has hosted 12 winners from that spot, including two of the last three.

In the Kentucky Derby, Simplification finished fourth, but two horses that finished ahead of him, Rich Strike and Zandon, are skipping this race to focus on the third leg of the Triple Crown, the Belmont Stakes. That might get Simplification a better chance to pull off the upset. At +600, it’s worth taking a flyer on this horse.

Bet up to $1,100 risk-free when you create your new account at Caesars Sportsbook. If your first bet doesn’t win, you’ll get that amount back as a Free Bet for a future wager. 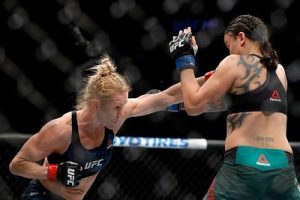 UFC women’s bantamweight fight at UFC Vegas 55 features former title holder Holly Holm taking on Ketlen Vieira on Saturday night in Las Vegas. Holm is the -225 favorite, while Vieira is +187 to pull off the upset.

This is a bout Vieira can win. She’s 10 years younger than Holm, who hasn’t fought since 2020. At one point, Holm ruled the bantamweight division, but at 40, she doesn’t seem to have much left in the tank.

Holm’s trademark was her punching power, but she hasn’t knocked out anyone in several years. Vieira can sidestep that part of Holm’s game and engage in her strength: grappling. Look for Vieira to win by decision.

Parlay Boosts add to your winnings at Golden Nugget! Place a parlay with each qualifying leg having odds of -145 or greater. The boost will be paid out automatically when the bet is settled. 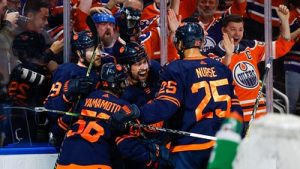 The Edmonton Oilers have two of the best lines in hockey right now, led by Connor McDavid, Evander Kane and Leon Draisaitl. McDavid is first in points at 14 (four goals, 10 assists). Draisaitl is tied for ninth with five goals and four assists.

The biggest surprise has been Kane. Picked up by the Oilers midseason, the former San Jose Shark wasn’t sure he’d be playing this year after a gambling scandal. But Kane has been magnificent. He too has nine points, seven goals and two assists, and has been the perfect complement to McDavid on the first line.

The team got past a pesky Los Angeles Kings team in the first round and now have to down the Calgary Flames in the second round. I like their chances to do that and also think of Oilers as the perfect sleeper pick to win the Stanley Cup. You aren’t getting much value at +250 with the Colorado Avalanche, but at +1400, the Oilers are perfect for a small wager.

The only area that worries me is goaltending. Mike Smith has played well, but I don’t know how long that’ll last. I hope he stays in form and keeps out enough pucks to get Edmonton to hoist Lord Stanley’s Cup.

Hey, hockey fans, sign up as a new player at Bet365, and you’ll get $250 in Free Bet Credits, win or lose, when you bet your first buck. Minimum $10 deposit required.

The Pittsburgh Maulers are the last winless squad in the eight-team US Football League. They should remain winless Sunday against the Houston Gamblers, who should easily cover the 5.5 points.

The Maulers haven’t lost by fewer than eight points in their previous four contests. The Gamblers are averaging 21.8 points a game. Also, the Maulers have the worst ranked offense in the league.

A good same-game parlay would be to take the Gamblers and give away the points and package it with the under, which is 33.5 points.

Can the Rams Repeat