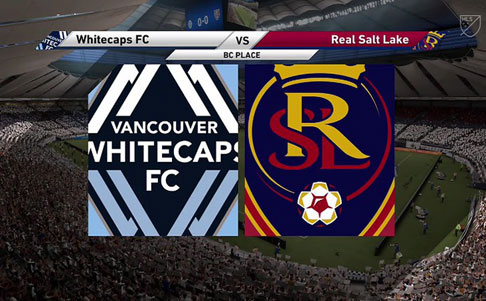 The biggest sporting event this week is the start of the NBA Finals on Thursday. The Golden State Warriors are hosting the Boston Celtics in Game 1 and I like the upset here.

There were 14 goals scored in the first game of the NHL’s Western Conference Finals, and I like the total to go over in Game 2 on Thursday.

Charles Leclerc has had a solid start to the Formula 1 season and he should get his third win of the season at the Azerbaijan Grand Prix on Sunday.

Marc Leishman is one of the more solid golfers on the PGA Tour and I like him to finish in the Top 40 at the Memorial Tournament.

Finally, Major League Soccer has one game this weekend and it is a bit surprised at who’s favored. I’m taking the underdog to win outright. 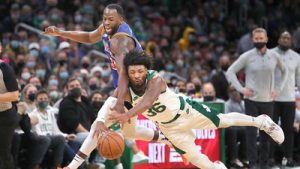 The Golden State Warriors host the Boston Celtics in Game 1 of the NBA Finals on Thursday. The Warriors are the favorite, laying 3.5 points for the first game of the best-of-seven series.

If you’re a Celtics fan, the moneyline is the better bet. Boston is +140 as opposed to the -110 you’re getting with the points.

The Celtics have been doing it with defense and Jayson Tatum and Jaylen Brown offensively. They won’t shut down the Warriors, but I believe they will give them problems defensively, especially in the first game.

Boston had an emotional Game 7 against the Miami Heat, but by the time Thursday comes around, that should be ancient history. Look for the Celtics to steal one on the road and make this a series.

Charles Leclerc has had a solid season so far, finishing first twice and second twice in seven races. After a stumble last week in Monaco, he should be back in victory circle at Sunday’s Azerbaijan Grand Prix.

This should be a competition between Red Bull and Ferrari. I think Ferrari and Leclerc win this round. 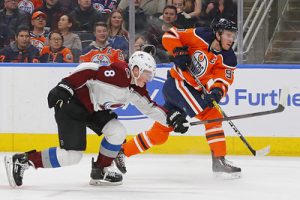 Game 1 of the Western Conference Finals between the Colorado Avalanche and Edmonton Oilers looked more like pond hockey than who a Stanley Cup Finals contest. The Avalanche won 8-6, easily going over the seven-goal total.

The line for the total is seven, and there’s no reason to believe the two teams won’t blast past it. The over is the favorite at -120. Edmonton is averaging 4.33 goals a game—good for first place in the playoffs. Colorado is right behind them at 4.30.

The Oilers have three players, Connor McDavid, Leon Draisaitl, and Evander Kane in the Top 5 of points. Kane leads the playoffs with 12 goals.

Five Oilers, McDavid, Draisaitl, Darnell Nurse, Cody Ceci, and Kane are in the Top 5 of plus-minus.

Edmonton is going to score, win or lose, and will probably even up the series on Thursday and go over the total in doing so.

Score this Hockey Early Payout Offer at Bet365. Get your straight bets paid out if the team you back gains a three-goal advantage. For parlays, the selection will be marked as a winner.

#4. Leishman Should Finish High at Memorial 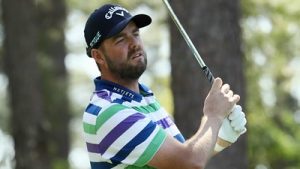 Australian golfer Marc Leishman has played in six tournaments since March, and has finished in the Top 40 in four of them. One of them was the PGA Championship, where he tied for 34th.

Leishman is getting +100 to finish in the Top 40 at this week’s Memorial Tournament. I like that wager because of his recent performance. I also like that he finished T40 two years ago. Though it does concern me that he was T57 last year at the Memorial, I’m looking at that as an anomaly. He should be in the mix this week.

Real Salt Lake is in third place in the MLS Western Conference Standings, while their Saturday opponent, the Vancouver Whitecaps, are third from the bottom.

So it’s a bit mystifying why RSL would be the underdog in this match. This team is on a three-game winning streak, while Vancouver has lost one of its last five. Still, RSL should dominate this match. Look for the team to win by at least a goal.

Sign up to bet on your favorite sports at Harrah’s Sportsbook, and you’ll score a $300 first-bet match—plus get $10 on the house, whether you win or lose.