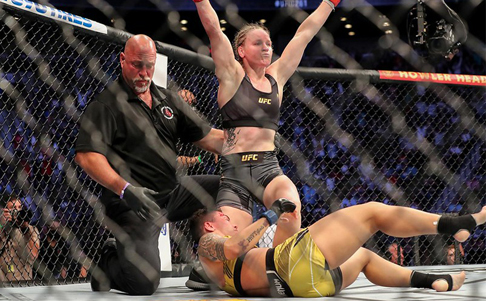 This Week's 5 Bets has a Canada feel with a CFL pick and a Canadian golfer to do well at the Canadian Open.

Oh Canada! In this week’s 5 Bets, I head to two events in the Great White North.

The first is the Canadian Football League, which kicks off its season this week. I’m backing the defending Grey Cup champions to win the CFL opener.

The PGA Tour is in the Toronto area for the RBC Canadian Open and I’m backing the longshot to be the top Canadian in the field.

Another favorite Canadian sport is nearing the end of the season and I pick a favorite to win the NHL Stanley Cup .

UFC 275 is this Saturday in Singapore and I’m backing the favorite in one of the main events.

The last wager is on NASCAR. I like a driver who’s won multiple times in Sonoma to win again. 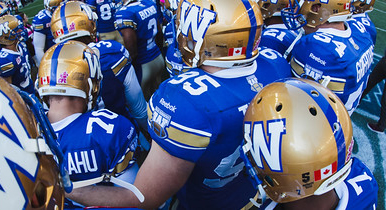 The Canadian Football League begins its season this Thursday with the Montreal Alouettes against the Calgary Stampeders. But the game I like is the following night.

The Winnipeg Blue Bombers are hosting the Ottawa Redblacks and are 9.5-point favorites. The two-time defending Grey Cup champions come into the season the +300 favorite to three-peat.

Blue Bombers quarterback Zach Collaros is a big reason the team went to the championship game the last two years, and if he stays healthy, there’s no reason to think they won’t return.

Winnipeg faces an Ottawa team expected to find last place. They’re 3-9 against the spread in their last 12 games away from home. The Blue Bombers are 6-1 ATS in their last seven meetings with Ottawa. This is the wager I feel the strongest about in this week’s 5 Bets.

Check out our CFL story with some conflicting views.

Sign up to bet at Harrah’s Sportsbook, and you’ll score a $300 first-bet match—plus get $10 on the house, whether you win or lose. 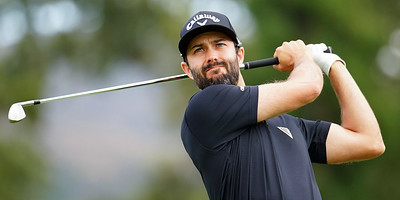 While Corey Conners gets all the attention as the best Canadian golfer, fellow countryman Adam Hadwin quietly piles up high finishes. Hadwin has four finishes in the Top 10. Conners has three.

The last time the RBC Canadian Open was played, in 2019, Hadwin finished sixth, while Conners missed the cut.

Both finished in the Top 20 of last week’s Memorial Tournament. But I think Conners feels the pressure more to win this event. Hadwin can go under the radar and do what he’s been doing most of the season.

New players at Golden Nugget Sportsbook get up to $250 in Free Bets! Sign up and start betting today. 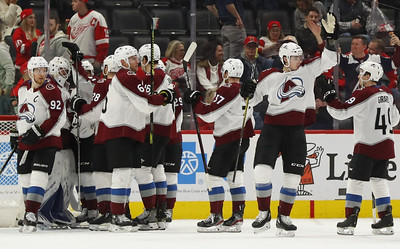 The Colorado Avalanche swept the Edmonton Oilers in the Western Conference Finals to punch their tickets to the Stanley Cup Finals. It will be their first return to the Finals since 2001.

The team doesn’t know its opponent yet, but whether it’s the New York Rangers or the Tampa Bay Lightning, the Avalanche will hoist Lord Stanley’s trophy. The Avs are -200 to win, while the Rangers are +375 and the Lightning are +450.

Even with Colorado center Nazem Kadri out of the Finals after surgery on his thumb, the Avalanche are so deep, they’re able to absorb his absence. The team showed also that it has two quality goaltenders to beat talented teams.

The Rangers have the best goalie in the playoffs with Igor Shesterkin, but he’s shown that he is beatable. Colorado should cruise to the championship.

Place a moneyline wager on any Stanley Cup Playoff game at BetMGM. If your team loses in overtime, you’ll get your stake back in Free Bets, up to $25.

Valentina Shevchenko Gets Decision in UFC 275 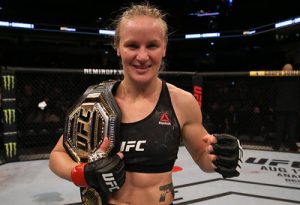 Valentina Shevchenko is facing one of her biggest tests Saturday at UFC 275 in Singapore when she squares off against Taila Santos. The Kyrgyzstan fighter is an overwhelming -700 to defeat Santos.

She knows that if she wins this bout she’ll get a chance to fight the winner of the Julianna Peña against Amanda Nunes bout on July 30 at UFC 277.

Is there a chance Shevchenko is looking ahead to that fight? I don’t think so, but she’ll have her hands full with Santos on Saturday. Though Shevchenko has 13 of her wins by KO, TKO, or submission, I think she might win this fight by a decision, which she’s done nine times before.

The odds are +200 for Shevchenko to win by a decision. I like that to happen on Saturday night.

Ready to bet the UFC? Place a first-time wager of up to $1,100 at Caesars Sportsbook, and you’ll get it back as a Free Bet if you lose.

Truex Gets Win at Familiar Place 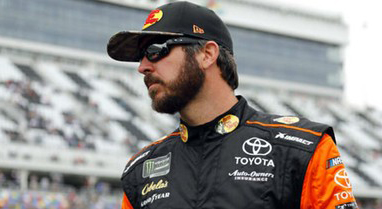 Toyota had a rough start in the current NASCAR season, but has fared much better of late. After being blanked, the brand finally got a win from Denny Hamlin in April. Kyle Busch won two weeks later, and then brother Kurt Busch won a month later.

Hamlin won his second race two weeks ago in Charlotte and now Toyota is back to being relevant again.

Truex finished third there last year and has six Top 10s since 2006. He also finished in sixth place last week. I like his chances in Sonoma, but I really like his +950 odds.

Tune in to your favorite sport with fuboTV. Watch Live or Stream – sign up here.