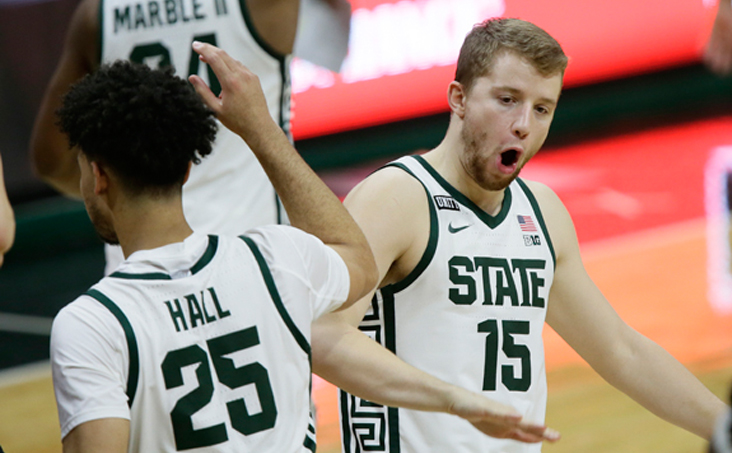 The first two rounds of the NCAA Men’s Basketball Tournament offer 48 games to wager on over two days. It might be hard to pick out some sure winners, but 5 Bets has you covered.

For bettors, it’s the most wonderful time of the year: March Madness. The first two rounds of the NCAA Men’s Basketball Tournament offer 48 games to wager on over two days. At that rate, it may be difficult to choose only 5 bets to make this week.

It might be hard to pick out some sure winners, but 5 Bets has you covered. We took a look at the first round’s 32 games and picked out a quintet that I feel comfortable recommending.

As you see, we mixed up the action—taking three favorites, an underdog, and an over/under line that I believe is too low. There’s always a bunch of upsets in the NCAA Tournament, but this year, it feels like favorites will prevail.

The UCLA Bruins shouldn’t even be in the tournament. And the Michigan State Spartans will show how overrated UCLA is when the teams face off in one of Thursday’s play-in games. The Spartans have been bet down from 2 points to 1.5 at (link) BetMGM, which frankly amazes me.

I’ll gladly give that away. UCLA hasn’t won a game since February 25, a streak going back five games, including an opening round loss to Oregon State in the Pac-12 Conference Tournament.

Michigan State, on the other hand, has shown it can defeat powerhouse programs. The team defeated Illinois, Ohio State, and Michigan late in the season.

I feel strong about this opening-round game. It wouldn’t surprise me to see the Spartans defeat the Bruins by double-digits. 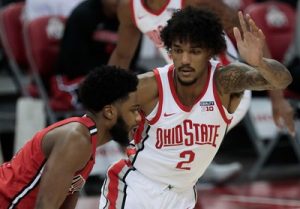 The Ohio State Buckeyes are coming off an overtime loss in the Big Ten Championship game, and get a first-round draw of the Oral Roberts Golden Eagles, who look way overmatched.

ORU can’t overcome its style of play. The Eagles like an up-tempo offense, but that won’t work against the Buckeyes, who probably can score at will.

One concerning stat: the Golden Eagles’ proficiency from 3-point range. But they’ll find out pretty quickly that this isn’t South Dakota State or Rogers State.

Check in with iGamingPlayer for sports betting news, timely insights, and up-to-the-minute odds. 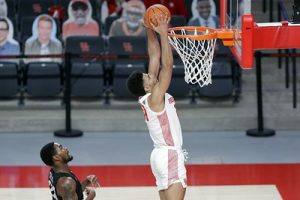 The Houston Cougars love to score, and they especially love dropping big numbers on beatable teams. The Cleveland State Vikings fall into that category. That’s why I’m taking the over of 135 points in this game.

Consider this: Houston had six games where it was favored by 15 or more points, and in all but one, it cleared the spread easily. Plus, in 15 games, the Cougars scored 75 or more points.

Throw in Cleveland State, which only had two games and scored 49 or less points. So the over should clear pretty easily.

Your next bet is on GoldenNuggetCasino.com. Just sign up to wager on sports, and you’ll get a Free Bet of up to $250! 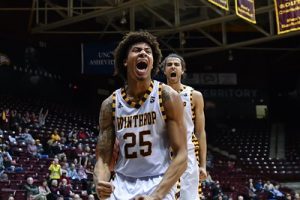 In every tournament, a No. 12 seed upsets a No. 5. This year, fans like the Winthrop Eagles to topple the Villanova Wildcats. I’m not sure they can pull off the upset, but I do believe they will cover the 6.5-point spread.

Villanova lost its top player, Collin Gillespie, to an MCL tear two weeks ago in a game against the Creighton Bluejays. The loss was devastating, and it showed in the Big East Conference Tournament. Without their point guard, the Wildcats were upset by the eventual winners, the Georgetown Hoyas.

Head Coach Jay Wright called Gillespie “the heart and soul of our program.”

It seems the Wildcats could get picked off by the USI Screaming Eagles, who despite having a weak schedule, managed to produce a record of 23-1. The sharps drove the line up from 6 to 6.5, but I believe this’ll be a closer game than most expect.

It’s March Madness! With Buzzer-Beater insurance at BetMGM.com, you’ll get your stake back up to $20 if your team loses at the buzzer.

Georgetown Brought Down to Earth by Colorado 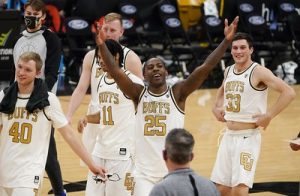 Yes, almost every year a No. 12 seed upsets a No. 5 seed, but the Colorado Buffaloes won’t go home early. Georgetown pulled off an impressive run in the Big East Tournament, but that’s where its ride ends.

Bettors agree with knocking the line up from 4.5 points to 5.5. One of the biggest issues for the Hoyas is turnovers. They ranked 309th in the NCAA in this department, and handing the ball to your opponent in this tournament is a quick way to be shown the door. I was fortunate to find a 4.5 line, but even if I hadn’t, I wouldn’t sweat giving away 5.5 points.

That’s a wrap on our NCAA edition of 5 bets for this week. Follow John Reger @writerjohnreger and @igamingplayer for the latest sports betting news and tips. And get the complete March Madness schedule here.