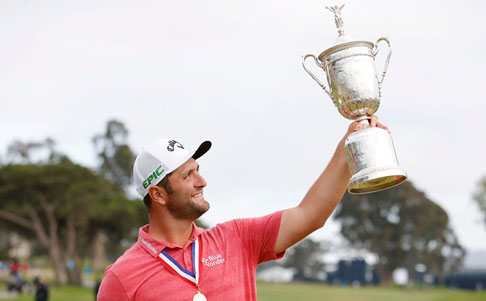 This week’s 5 Bets is all about the U.S. Open with our writer picking three wagers related to the major championship.

The U.S. Open begins Thursday and it’s fun to watch professional golfers shoot over par. The rough is up, the fairways narrow, and only the best survive.

I like one longshot to win and another to finish in the Top 5. I also had to take an exotic prop bet as well. Click HERE to read a preview for the U.S. Open.

The other two bets I am making this week involve the total in a Canadian Football League game and the favorite to win Game 6 and close out the NBA Finals. 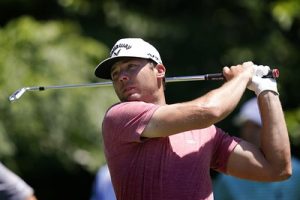 Sam Burns has been flying under the radar all season. The 25-year-old has won three times this season and finished in the Top 10 seven other occasions. He finished tied for 20th at the PGA Championship and was tied for fourth at last week’s Canadian Open.

Burns is 24th in driving distance and fourth in strokes gained. He is a little wonky on finding the fairway at 117th, but makes up for it being fifth in greens in regulation.

This will be his fourth U.S. Open appearance and he is a much different golfer than when he missed the cut twice and finished tied for 41st. He is more mature, knows what to expect at the nation’s championship, and is a lot more polished.

At +2800 to win Burns is a great longshot candidate.

Schauffele in the Hunt at U.S. Open 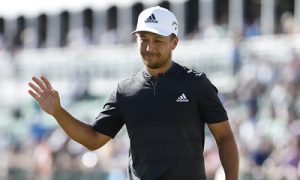 I’m going to keep backing Xander Schauffele to have a high finish in the U.S. Open until he proves me wrong. The 28-year-old is the prototypical U.S. Open player. He is 58th in fairways off the tee at 63.4% and ninth in shots gained. He is 16th in greens in regulation at 69% and second in sand save percentage at 67.2%.

Schauffele has played well the last month finishing T5 at the Byron Nelson, T13 at PGA Championship, and T18 at the Memorial Tournament. He is +400 to finish in the Top 5 this week and it’s a prop bet I am more than willing to make.

Golf fans, create a new player account at BetRivers and your first deposit will be matched, dollar for dollar, up to $250. Start today! 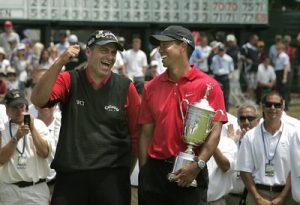 The last time there was a playoff at a U.S. Open was the famous extra-hole duel between Tiger Woods and Rocco Mediate at the 2008 US Open at Torrey Pines.

It’s a little surprising there hasn’t been one since, but the major is definitely overdue.

This could be the year it happens. It looks like a tight field and I don’t think anyone is going to run away with it at Brookline Country Club. Plus, I like the +350 odds.

Touchdowns Galore Between Montreal and Toronto 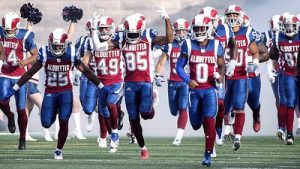 The Canadian Football League began its season last weekend and I have to admit I am a big fan. It’s football, so how can you go wrong?

One of the reasons I like it so much is all the scoring. Two of the four games went over the total and one of those teams in a high-scoring game last week was the Montreal Alouettes.

They scored 27 points in a loss to the Calgary Stampeders a week ago, but are looking to bounce back against the Toronto Argonauts on Thursday. It will be the first game for the Argonauts.

Toronto went 7-3 on the over last year. They have a deep threat with Brandon Banks, and quarterback McLeod Bethel-Thompson will be looking for him often.

This should be a game with lots of points put on the board. Look for the over to hit.

New players at Golden Nugget Sportsbook get up to $250 in Free Bets! Sign up and start betting today. 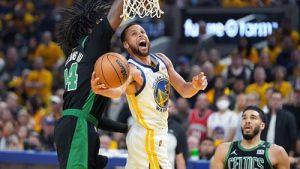 The Golden State Warriors looked a little shaky at the beginning of the NBA Finals, but they have looked solid against the Boston Celtics the last two games. They should be able to win their seventh NBA Title on Thursday.

It is an away game, but the Warriors are still laying four points. In the last two games, one in each team’s arena, Golden State has won each contest by 10 points.

That should happen again on Thursday. The Celtics just have no answer for Steph Curry and their two stars, Jayson Tatum and Jaylen Brown, can’t keep up with Curry.

I think it will be tighter than the 10-point losses the Celtics have endured in Games 4 and 5, but this series gets closed out on Thursday and the Warriors will cover.

Get NBA Playoffs Overtime Insurance at BetMGM. Place a moneyline wager on any NBA playoff game. If your team loses in overtime, you’ll get your stake back in Free Bets, up to $25.

Tune in to your favorite sport with fuboTV. Watch Live or Stream – sign up here.

Take a Spin with Tro