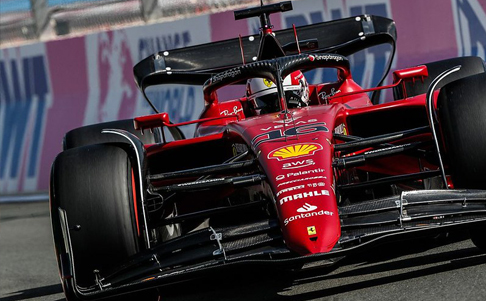 With football right around the corner, this week’s 5 Bets is an opportunity to take advantage of some of the less popular sports.

UFC 277 features a rematch between two fighters were the favorite was upset by the challenger. The former champion has a chance to win their belt back and is favored again.

The PGA Tour slogs on with the weak-field Rocket Mortgage Classic, but one name has a chance to bag his first victory.

The Winnipeg Blue Bombers are the best team in the Canadian Football League. They put their undefeated record on the line this Sunday against a team they have already beaten once this season.

After a rough day at the French Grand Prix for this driver he hopes to rebound at this Sunday’s Hungarian Grand Prix. 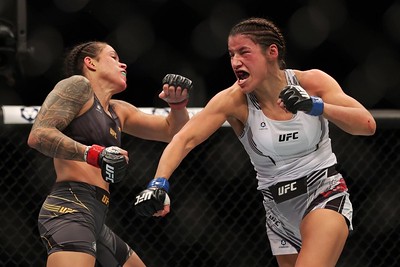 When Julianna Pena defeated Amanda Nunes last year at UFC 269 it was one of the biggest upsets in that sport’s history. The two meet again Saturday at UFC 277 and Nunes is once again the favorite.

She isn’t -1000 like she was in their first bout in December. Instead she is only getting -300. There are some that think she could be upset again, but don’t fall for that.

Pena took advantage of Nunes’ overconfidence. It was a shocking victory that seemed to catch Nunes, who is considered the best female MMA fighter of all time, off guard.

If Nunes didn’t take Pena seriously in the first fight, she certainly will on Saturday. Look for Nunes to regain the bantamweight championship at UFC 277. 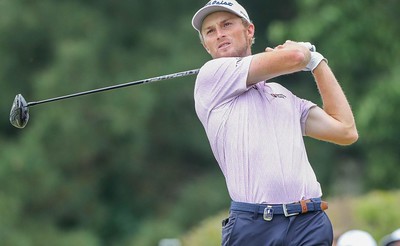 Why Will Zalatoris hasn’t won a PGA Tour event could be the eighth wonder of the world. The 25-year-old has finished second in three of the four majors so far in his young career.

This season Zalatoris has finished in the Top 10 eight times in 15 tournaments. This week he gets another chance for his first victory at the Rocket Mortgage Classic.

Zalatoris is sixth in greens in regulation and 12th in scoring average. He also is 15th in driving distance at 313.6 yards.

With stats that good and a boatload of high finishes, it’s only a matter of time before he gets in the winner’s circle. With a weak field this week he may find himself lifting the trophy come Sunday.

It was a tough weekend for Charles Leclerc. The Frenchman was looking to win Sunday’s French Grand Prix, but crashed on Lap 18, knocking himself out of the race.

It was his third race with no points and the gap between him and frontrunner Max Verstappen widened to 63 points, most likely knocking him out of contention for the Drivers Championship.

He can salvage his season this Sunday at the Hungarian Grand Prix. Last year he was knocked out in the first lap after being crashed into by Lance Stroll.

The same fate shouldn’t befall on the Ferrari driver. Verstappen finished ninth here last year, so Leclerc could take advantage of that. At +150, there’s some value there.

Winnipeg Doubles Up on Calgary

The Winnipeg Blue Bombers handed the Calgary Stampeders its first loss of the season two weeks ago, 26-19. The rematch is Sunday and most sportsbooks have Winnipeg as a one-point favorite. (the spacing is weird here)

Caesars, however, has Calgary favored by a point, and I couldn’t jump on this fast enough. The Blue Bombers are undefeated in the Canadian Football League, notching a 7-0 record.

Winnipeg quarterback Zach Collaros, who was the league’s MVP last year, went 27 of 38 for 315 yards and two touchdowns against the Stampeders and should have a similar game on Sunday.

I see nothing that would indicate that Calgary can hand the Blue Bombers their first loss of the season. 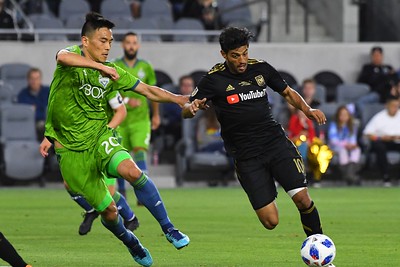 When the Los Angeles FC faced the Seattle Sounders on June 18 the team played to a 1-1 draw. As tempting as it is at +350, I don’t think another draw is likely when the two meet on Friday at Banc of California Stadium in LA.

Especially since Los Angeles FC picked up Gareth Bale, who had a goal in the team’s last game. They are favored to win at -185.

The team is dominating the Western Conference and is favored to win the MLS Cup.

Seattle was fortunate to get a tie in the first game. They won’t be so lucky on Friday.