5 Bets has you covered this week with predictions on WNBA, NFL preseason, UFC 278, and the PGA Tour.

Though the NFL is starting to dominate the betting landscape, there are still plenty of other sports to wager on this week.

The WNBA Playoffs have begun and I like the favorite to win the championship.

I look at two NFL preseason games and have a take on the total in one and the spread in the other.

UFC 278 is Saturday and the favorite in the main card is overvalued, but I do like how he will win.

The second event of the PGA Tour’s FedEx Cup Playoffs begins on Thursday and I believe the outright winner will be someone who is not getting a lot of attention but should be.

The WNBA Playoffs started on Wednesday and the Las Vegas Aces managed to score home-court advantage throughout.

The team finished tied with defending champions Chicago Sky but got the top seed by a tiebreaker.

First-year coach Becky Hammon is from the Gregg Popovich coaching tree and she has excelled this season with Las Vegas.

Led on the court by A’ja Wilson, Chelsea Gray, and Kelsey Plum, this team seemingly has no weaknesses. At +170 I like them to win the WNBA Championship.

Login to BetRivers for big value on Daily Odds BOOST Specials! From moneylines to spreads,  props to parlays, get in the action with the best prices on the games and storylines you want to bet! 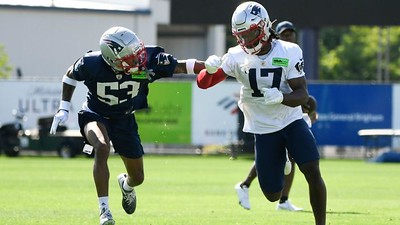 The New England Patriots and Carolina Panthers are playing Friday in Week 2 of the preseason, but the biggest action might have already occurred on the practice field.

The two teams are jointly practicing in preparation for Friday’s game in Foxboro and it didn’t take long for practice to turn into sparring. Several players were kicked out of practice after multiple skirmishes broke out on the field.

Expect that to carry over on Friday. Carolina’s defense was especially physical on Tuesday and the Panthers’ defense has been playing with an attitude.

I anticipate a low-scoring, grind-it-out type of game. Pain will be the call of the day and both teams seem all too eager to dish it out. The total is 40.5 at several sportsbooks. I expect a defensive battle and will take the under.

The Las Vegas Raiders have already won two preseason games and are looking to make it three consecutive victories when they face the Miami Dolphins on Saturday at Hard Rock Stadium.

The Raiders have been strong on both sides of the ball. The offense has scored 26 or more points in their previous two games. QB Derek Carr should see more action and that’s always a good thing.

Miami has played well. They defeated the Tampa Bay Buccaneers last week, 26-24. QB Tom Brady wasn’t on the field, however, so factor that into your decision on this game.

The Raiders are 9-2 in their last 11 preseason games against the spread. I will give away the two points eagerly.

Double down on your first NFL settled bet at the Golden Nugget Sportsbook. Simply place your bet of choice in any sportsbook market (at minimum odds -of 200) and they will match your stake with a Free Bet up to $250. 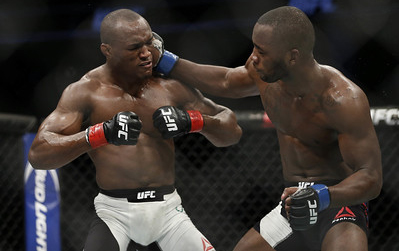 Kamaru Usman is going to win his fight against Leon Edwards on Saturday night at UFC 278. The odds, however, are horrible at -400 and hold no value.

A better wager would be on how Usman is going to win. At bet365, they have Usman at -120 to win by a decision. More value and the likely outcome in this bout.

The two met in 2015 and “The Nigerian Nightmare” won by a unanimous decision. Two of the three judges scored the fight 29-28 in Usman’s favor. The third judge had it 30-27.

It was the last time Edwards lost a fight. He has won 10 contests since then. Usman has won five times, three of them by decision.

I think Edwards is too familiar with Usman’s style to get knocked out. I do believe he won’t pull off the upset and lose by another unanimous decision.

US Open winner Matt Fitzpatrick has been flying under the radar with sportsbooks and that’s a good thing for bettors. He enters this week’s BMW Championship as the third pick at +1600 to win the second leg of the FedEx Cup Playoffs.

The 27-year-old Englishman is playing strong golf. He finished T5 last week at the FedEx St. Jude Championship, shooting rounds of 68, 66, 67, and 68.

Fitzpatrick has played in three events since winning the US Open in June. He tied for sixth at the Scottish Open, had a T21 at the Open Championship, and last week’s fifth-place finish at the FedEx St. Jude Championship.

He’s first on tour in both strokes gained total and strokes gained tee-to-green, and trails only McIlroy in scoring average. He is a respectable 80th in driving distance at 302.3 yards and finds the fairway off the tee 64% of the time, good for 47th on the tour.

The short game is solid as well. He is seventh in sand save percentage and second in strokes gained around the green. His putting is decent at 60th.

Look for Fitzpatrick to be in the hunt this week in Delaware.