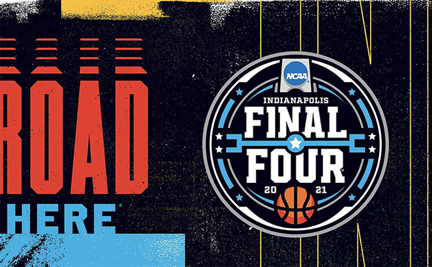 At the top of the leaderboard this week: two NCAA games that will decide which Final Four teams get a title shot. 5 Bets also takes a look at PGA golf, baseball’s opener, and NASCAR.

The NCAA Men’s Basketball Tournament is winding down, with two games this weekend that will decide which Final Four teams get a title shot. This week’s 5 Bets also take a look at PGA golf, baseball’s opener, and NASCAR.

At this point, is anybody in his right mind going to bet against the Gonzaga Bulldogs? Not only have the Zags breezed their way to the Final Four, they’ve covered every game, except their opener against the BYU Cougars. The team opened as five-point favorites to the UCLA Bruins, but the line was hammered to -14.

For this week’s 5 Bets, I’ll gladly give away the 14 points to UCLA, then watch the favorites cruise their way to the title game.

Place at least $64 of cumulative InPlay wagers (minimum odds -150) on both Final Four games this weekend. You’ll earn a $50 Free Bet from at WilliamHill.com!

Baylor to Prevail Over Houston 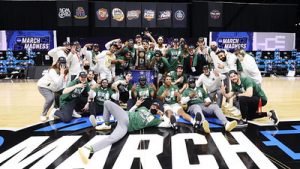 The faceoff between the Baylor Bears and the Houston Cougars has all the makings of a defensive gem. But could fans see more offensive than expected?

Both teams know how to score. Both are quick and athletic. That said, look for Baylor to win this game, and by more than the 5 points they have to give away. Baylor’s had tougher competition than Houston to get to the Final Four, who played four double-digit seeds (remember, one of those was the Rutgers Scarlet Knights, and the Cougars barely won, 63-60). Keep it in mind for this week’s 5 Bets.

Corey Conners had to wait to defend his 2019 Valero Texas Open championship because the 2020 tournament was canceled. That might be a plus for the Canadian. Since winning the tournament two years ago, he’s moved from 195th in the Official World Golf Rankings to 41st.

Conners’ golf has been strong the last six months. In that span, he’s finished in the Top 10 five times, including a tie for 10th at the Masters in November. He’s listed at 20/1 to win this week, and with a weak field, he’s certainly someone to put a wager on. Add him to this week’s 5 Bets.

Rickie Fowler, Keegan Bradley and Brandt Snedeker have to win at the Texas Open to make the Masters. Do you back them? See Paige Spiranac’s Weekly Booster at PointsBet.com. 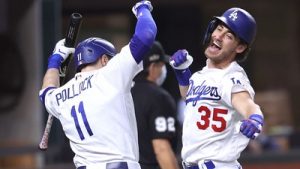 There’s no doubt that the Los Angeles Dodgers are one of the best teams in baseball, while the Colorado Rockies are one of the worst. The defending World Series champions will open their drive to repeat at Coors Field, facing a Rockies team that’s clearly rebuilding.

That doesn’t mean the Rockies will be pushovers, especially in their own park. Colorado might give the Dodgers a run in the first game of the season on Thursday. But I don’t think it’ll go over the posted number of 11.5, so I’m taking the under.

Los Angeles will start Clayton Kershaw, who’s 5-1, with two no-decisions in Opening Day games. While the lefty is very successful in those contests, the over of 11.5 runs has only been achieved twice.

Colorado is starting German Marquez for the second straight year. Last season, the righty suffered a 1-0 loss against the Texas Rangers. I don’t see either team giving up a bunch of runs, at least enough to get to 11.5. Think about it as you compile this week’s 5 Bets.

Comeback of the Year 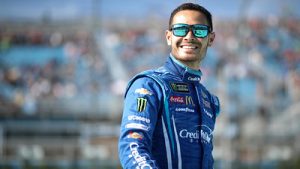 Kyle Larson had a devastating 2020. During a simulated race, the 28-year-old was heard uttering a racial slur and was suspended by NASCAR and fired from his team, Chip Ganassi Racing.

Larson’s career was in serious jeopardy, but he managed to get reinstated by NASCAR and picked up by Hendrick Motorsports. This season, he’s been tearing up the Cup Series. In seven races, he’s finished in the Top 10 five times, including a first-place finish at Las Vegas.

He currently sits at fourth in the NASCAR Cup Championship standings and I believe that, at 8/1, he’s a great pick to win the title in November. There’s no reason to believe Larson can’t continue this consistency throughout the rest of the season.

Larson told FOX News that he’s fortunate to have landed with Hendrick. “The whole organization is amazing, the energy that’s in the shop. Everybody’s extremely positive and wanting to go out there and compete at a high level and win races, so it’s no surprise they’ve had the success that they’ve had.”

Your next bet is covered at GoldenNuggetCasino.com! Just place your bet of choice on any sportsbook market (minimum odds -200) and your stake will be matched with a Free Bet up to $250.

As you make this week’s 5 Bets, keep an eye on a couple of underdogs: NASCAR driver Larson and PGA contender Conners. If either bet pays off, it’ll be a great weekend battling the book.

Ready to fill out your betslip? First, check out John Reger’s 5 Bets, every week at iGamingPlayer!