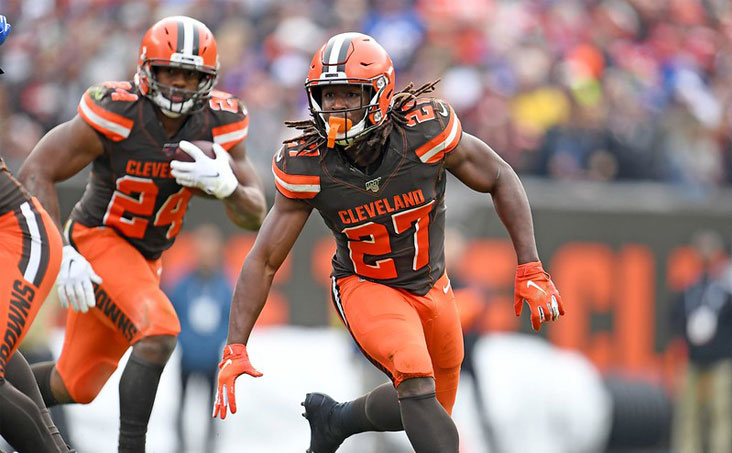 This week’s 5 Bets is another hodgepodge of sports as we anxiously await MLB Playoffs and the start of the NHL and NBA seasons.

The first pick for this week is a team that I believe should be valued more than they are considering their opponent.

College football has a few teams that are 4-0 against the spread. I take one that I think will make it 5-0.

The Sanderson Farms Championship is a PGA Tour event that sports a weak field. That’ll open the door for some players and I take one I think is ready to break through.

The Premier League is back after a break and I like an underdog to earn a tie with one of the top teams.

The final bet is on NASCAR. The drivers are at Talladega and there are six favorites to win the Yellawood 500. I like one of them to prevail.

The Cleveland Browns showed last Thursday how effective their two-head rushing monster of Nick Chubb and Kareem Hunt can be. The two combined for 160 yards with Chubb averaging 4.9 yards per carry and Hunt at 3.9.

The Atlanta Falcons rank 15th in the NFL in rushing yards allowed, giving up an overage of 109.3 per game.

With the Browns’ rushing attack rolling along that will allow quarterback Jacoby Brissett to see an opened up field. He should have another 200-plus passing day.

No Sweat with South Alabama 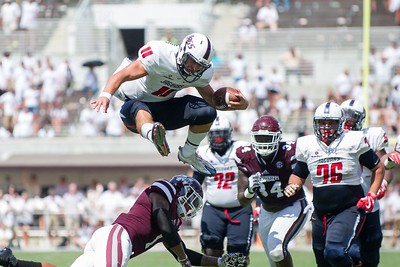 The South Alabama Jaguars have been providing sweat-free spread betting for all four of its games this season. They were favored by 13 against the Nicholls Colonels and won 48-7. They were an underdog by six against the Central Michigan Chippewas and won outright, 38-24. They got 15.5 points against the UCLA Bruins and almost beat them, losing 32-31. Last week, they hosted the Louisiana Tech Bulldogs and gave away 13 points, winning 38-14.

Now you have to decide whether the sportsbooks have caught up to the Jaguars. They opened as 6.5 favorites over the Louisiana Ragin’ Cajuns and the line shot up to as high as nine. Some sportsbooks have it at 8.5 and I think that’s a good number for this game.

The South Alabama offense has been dominant and they have both a solid rushing and passing attack. Louisiana will be overwhelmed so this should be another easy pick.

Sahith Theegala had success at this week’s PGA Tour stop last year. Last year, he held a share of the lead for the first three rounds before shooting a final-round 71 and finishing tied for eighth.

Theegala is 21st in driving distance and first in birdie average and sixth in scoring average. 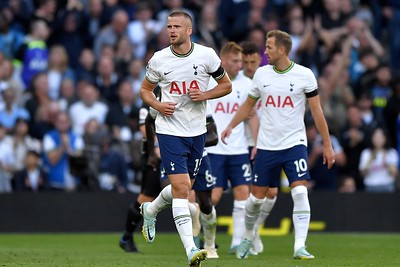 The Premier League is back in action after a break and first-place Arsenal is hosting Tottenham Hotspur on Saturday. The Spurs are +255 to upset Arsenal and if this wasn’t a road game I would be apt to take them.

Harry Kane is second in the league in goals with six, while teammate Son Heung-Min is ninth with three.

Arsenal has some injury concerns as Mohamed Elneny and Emile Smith Rowe are out and Thomas Partey, Kieran Tierney, and Takerhiro Tomiyasu are questionable. Two more players, Oleksandr Zinchenko and Cedric Soares are probable for Saturday.

Still, that’s a lot of players to be down and I believe Tottenham will take advantage of that. They won’t win but I believe they’ll keep it tied.

Denny Hamlin is part of six drivers favored at +1200 to win the Yellawood 500 at famed Talladega Speedway. The Sunday race is the second one in the round of 12 playoffs.

Hamlin has won twice at Talladega and won twice this season. He has been running hot as of late, finishing in the Top 10 in his last four races.

I like Hamlin on super speedways. He did finish 18th earlier this year at Talladega but I think his experience pays off this Sunday.