MLB playoffs begin on Friday and 5 Bets makes a pick on who will win the World Series, as well as picks for the NFL, college football, Canadian Football League, and the PGA Tour.

There is no doubt football is the dominant sport with 5 Bets right now but the MLB Playoffs begin on Friday. We take a shot at who we think will win the World Series.

Don’t fear football fans, there is also a pick for an NFL and a college football game. We even threw in a Canadian Football League contest as well.

Our last pick is the PGA Tour’s Shriners Children’s Open and a tour veteran that I think will have a high finish.

Bridgewater Takes Over in Miami

We shall see how good the Miami Dolphins are with backup Teddy Bridgewater behind center on the road against the New York Jets. He came in for Tua Tagovailoa when he was injured and went 14 of 23 for 193 yards. He also had a touchdown and an interception.

Bridgewater gets a full week to prepare as the starter and that should help. He faces a Jets team that squeaked out a victory against the 1-3 Pittsburgh Steelers last week.

The Jets are 15th in the NFL in passing yards allowed, averaging 217.8 a game. Bridgewater might be able to exploit that and if he does, the Dolphins should win a close one. 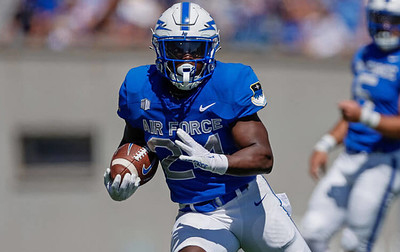 If you are going to beat Air Force Falcons you have to ground their rushing attack. The Falcons are first in the country in rushing, averaging 269.8 yards a game.

The Utah State Aggies are 108th in rushing defense, averaging 188.4 yards a game.

That doesn’t bode well for the Aggies. Air Force runs a triple option and that rushing style can confuse the best defenses.

The line on this game began at 9.5 and moved to 10 and at some sportsbooks is 10.5. Find it for 10 at BetMGM, Unibet, and Caesars and happily lay the points.

They have jumped up in odds because of the win streak. They were +800 a week ago, but now have settled at +500.

The question is does Atlanta have the pitching to make a deep run in the playoffs and ultimately win their second World Series in as many years. They have 20-game winner Kyle Wright, as well as Max Fried and Jake Odorizzi. The fourth pitcher in the rotation will probably be veteran Charlie Morton.

That should be enough to get through any opposition they may face including the Los Angeles Dodgers, whose starting rotation has plenty of question marks.

If the Braves get past the Dodgers, then I think they will be able to handle any team from the American League. I like them at +500.

The Saskatchewan Roughriders are mired in a four-game losing streak as they face the Hamilton Tiger-Cats on Saturday. The Ti-Cats have been seeing more loses than wins, dropping four of their last five games.

The spread is 1.5 points in Hamilton’s favor, but Sakatchewan sits +110 on the moneyline. That’s a much better bet. The Roughriders are 3-3 against East opponents and haven’t played one since July 24.

They have played Hamilton once this year and won 30-13 in the first week of the season. I’ll take them to make it two victories. 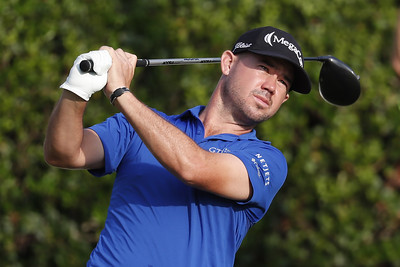 Brian Harman Gets Another Top 20

Brian Harman has been pretty consistent at the Shriners Children’s Open. The 35-year-old has finished in the top 20 three times from 2016 to 2020. Last year, the lefty missed the cut.

That’s a bit concerning but Harman finished 2022 strong getting a T21 at the Tour Championship and a T3 at the FedEx St. Jude Championship.

I’ll take those results and throw out the missed cut at last year’s tournament in Las Vegas. Besides, BetRivers has him at +110 to finish in the Top 30.