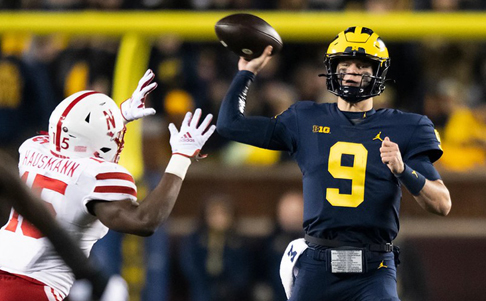 We are grinding hard at 5 Bets this week, looking at two college games, two NFL games, and a World Cup soccer wager.

There are some interesting college and NFL lines this week and 5 Bets has four of them on its betting sheet.

The total of an AAC match up should follow the trends of that conference, while a Big Ten contest will test a Top 5 team’s ability to cover a double-digit spread.

Weather is forecast to wreak havoc on one game, though it might not be as bad as advertised. A former undefeated team tries to get back on track after a disappointing Monday night.

Finally, the World Cup begins on Sunday with Group play and I like one team in Group E to prevail.

This is the type of game the Michigan Wolverines would flub in the past. This year, though, the Wolverines are handling their business against lesser teams in the Big Ten Conference.

They are favored by 17.5 against the Illinois Fighting Illini and shouldn’t have a problem covering that number. Illinois lost by 12 to the Minnesota Golden Gophers last week and should have a worse result on Saturday.

The Wolverines are 3-0-1 against the spread in their last four games. They will cover against Illinois. 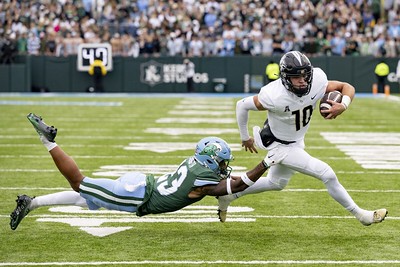 The Navy Midshipmen travel to Orlando to take on the Central Florida Knights on Saturday. The total on the game is at 53 and I like the Under.

Navy runs the ball almost exclusively, which chews up clock. They average 238.7 yards rushing a game.

Surprisingly, UCF is ahead of them, averaging 259.8 yards, good for third in the country.

Last week, Navy played the Notre Dame Fighting Irish tough, losing by just three points. I believe they will keep this close as well. I also believe this game will be a lot tighter than people think.

When the Indianapolis Colts fired Coach Frank Reich and replaced him on an interim basis with the owner’s buddy, who had no collegiate or professional coaching experience, it was billed as a potential disaster.

Only problem is, their opponent last week, the Las Vegas Raiders, are an even bigger disaster. Jeff Saturday gets a win and everyone all of a sudden believes he’s Vince Lombardi.

Well he’s not and the Philadelphia Eagles are going to show him he’s not on Sunday. The line dropped from the Eagles -10 to -6.5. I couldn’t jump on it fast enough.

Yes, Philadelphia lost on Monday, but you don’t really think they are going to drop two in a row, do you? Especially when the team they are playing is a train wreck.

Make a four-or-more leg parlay bet with odds at -200 or greater at BetRivers and if exactly one loses you get back up to $25 in free bets.

Weather is a bit overrated when forecasting an Under for the total in an NFL football game. Oddsmakers, and the betting public, tend to overreact to the elements.

That may be the case for this Sunday’s Cleveland Browns vs. Buffalo Bills game in Orchard Park. The forecast originally called for snow showers and the total went from 46.5 to 43. It might even drop another point or two by Sunday.

The weatherman now says the snow will fall in the morning but should be done by game time. There might be snow on the ground, but it should get shoveled up by kickoff. 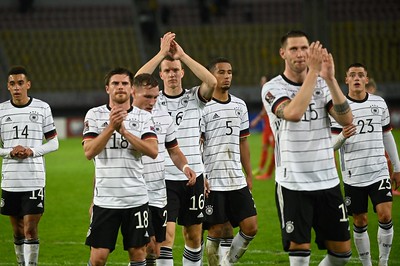 The World Cup begins on Sunday in Qatar with the qualifying stage and one of the toughest groups in Group E. Spain, Germany, headline this quartet and these two should easily advance.

Who comes out top in Group E, however, is up for debate. Spain is the favorite to prevail at -125, while Germany is at +110. I like Germany for a couple of reasons. The first is that Spain is not as strong as they have been in prior years.

The second factor is Germany has an excellent goalkeeper in Manuel Neuer. They also have a good mix of veterans, like Thomas Müller and some decent scorers in Kai Havertz and Leroy Sané.

A lot of things have to go right for Germany to win the World Cup and it starts with them coming out on top of Group E.