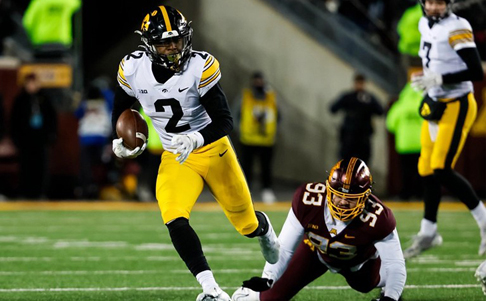 This week’s 5 Bets looks at two NFL games, one on Thanksgiving, two Friday college football games, and the USA in the World Cup.

This week is Thanksgiving and at 5 Bets we are gobbling up five contests we like.

With the holiday, there are three NFL games on Thursday. We like the underdog in the final contest of the evening. The other NFL game is on Sunday and we like another underdog, this time to cover.

In college football, we are sticking with the favorites. Both games are on Friday, another benefit of the holiday, and one features a team poised to reach the Big Ten title game. The other is a rivalry game that might not be much of a battle.

The final wager is on the World Cup. The USA is in action on Friday and facing powerhouse England.

Iowa Puts Nebraska Out of Their Misery

It’s the last game of the season for the Nebraska Cornhuskers on Friday, and fans are probably relieved. It has been a disaster for Nebraska, who are on a five-game losing streak and are 3-8 overall.

Now they have to travel to Ames and take on the Iowa Hawkeyes, who are one win away from clinching the Big Ten West. They aren’t going to let the lowly Cornhuskers keep them from that achievement.

The Hawkeyes are fifth in points allowed, averaging 13.55 a game. The Cornhuskers have not scored more than 14 points in six of their last eight games, including four straight.

The Florida State Seminoles had a chance to get caught up in a trap game with the Louisiana Ragin’ Cajuns last week. They didn’t look ahead to this Friday’s game with the Florida Gators, dispatching of Louisiana, 49-17.

It was their fourth straight victory and all four of them were by 25 or more points. This game opened at 4.5 points in FSU’s favor, but quickly jumped up to 9.5.

That might not even be enough. The Seminoles are at home and the offense has run over teams very effectively.

The Gators, on the other hand, have been struggling. Quarterback Anthony Richardson is playing well but not getting any help from the defense. Florida is coming off an embarrassing loss to the Vanderbilt Commodores where they were 14-point favorites.

The Seminoles should cruise to another easy victory on Friday even though this is a rivalry game. 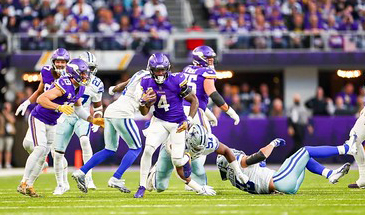 Last Sunday the Minnesota Vikings got embarrassed at home by the Dallas Cowboys, 40-3. It was a shocker to watch the Vikings allow the Cowboys to put up so many points against them, snapping their seven-game win streak.

Well, be prepared to be floored again, but in a much different fashion. The New England Patriots come to US Bank Stadium and they are primed to pull of an upset.

The Patriots have put together a 5-1 record since Week 5, beating the New York Jets twice with their only loss to the Chicago Bears. Their defense is ranked second in the NFL, allowing an average of 16.9 points a game.

Minnesota QB Kirk Cousins is 0-2 against the Patriots and the defense are having trouble stopping teams in the red zone as well as on third down.

Besides, the odds on the money line are an attractive +135.

It’s a bit shocking to see how far the defending Super Bowl Champions the Los Angeles Rams have fallen this season. They are 3-7, won’t make the playoffs, and are left wondering what happened.

Now they travel this Sunday to face the Kansas City Chiefs, who are on a path to do what the Rams did last year.

The line is 14.5, by far the largest amount of points the Rams have gotten this season. The previous mark was three when they lost at the Tampa Bay Buccaneers, 16-13.

They have been equally as bad at covering the spread. They are 2-7-1 against the spread, the only wins coming when they were favorites.

Kansas City, however, is 4-6 ATS and just one of those wins came at home. Giving away 14.5 points seems excessive to me. I’ll take them. 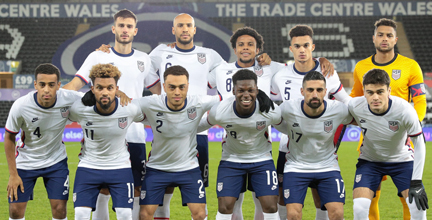 The second game of the World Cup for Group B is on Friday and England faces the USA Team. England is the favorite for this contest and the best odds I found was -162 at Golden Nugget.

USA had a disappointing tie against Wales on Monday. The team scored first and then let in a late goal in the second half to miss out on getting three points.

The pressure will be on the US team to try and get at least a tie. The only problem is England’s defense could be the best of any team in the competition.

The second problem is the US team is young. Only one player, DeAndre Yedlin, didn’t have the Wales match as their first World Cup game.