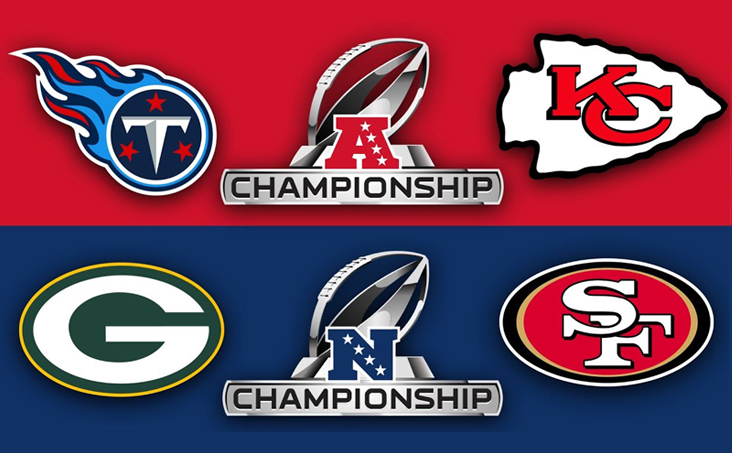 Check out 5 bets to make this week in sports, from the NFL conference championships to the PGA Tour to the NHL and the Daytona 500.

At iGamingPlayer, we make it easy for you to choose your weekly wagers. Here are 5 bets to make this week in sports, including:

A better bet might be on the NFC Championship game. The Tampa Bay Buccaneers will face the Green Bay Packers at Lambeau Field in Green Bay.

Right now, the line is three points in favor of Green Bay, but the over/under might be the way to go. It opened at 52, but has since fallen a half-point at most sportsbooks. That still might not be enough. The two teams met in October and, under perfect conditions, scored a total of 48 points. The over/under for that game was 55, and the under hit easily. This game should also go under. The weather is forecast to be 28 degrees with snow showers.

Tampa Bay Head Coach Bruce Arians said his players are ready for adverse weather. “Every time I’ve played in Green Bay, Pittsburgh, Cleveland, Buffalo, nobody was cold out on the field. It’s more mental and staying warm on the sideline. It’s not that big a deal for us.”

Way to score! Sign up to play at BorgataOnline.com, bet a minimum of $20, and you’ll get $100 in free bets after placing your first wager.

We like Sam Burns at 55/1 to win this week. The 24-year-old tied for sixth last year, and tied for 18th the year before. He hasn’t played since November. But we’ll bank on Burns to shake off the rust and get his first career victory.

For basic tips on betting on golf, check out our article Betting on Golf.

Register your new player account at ResortsCasino.com, bet at least $20, and you’ll be treated to $100 in free bets after placing your first bet.

Denny Hamlin is the 8/1 favorite and will be going for his third consecutive victory. Nobody’s won the Daytona 500 three times in a row. And that, coupled with lower odds, doesn’t make Hamlin an attractive pick.

One driver might be worth taking a flier on. That’s Austin Dillon. He earned his first NASCAR Cup victory at the summer race at Daytona, and has two other Top 10 finishes there. At 30/1, Dillon’s a great longshot wager.

So there you have it: 5 bets to make this week. Read iGamingPlayer every week for the best betting picks and best casino and sports betting bonuses.

NBA: How the Harden

Can Buffalo Bills Be