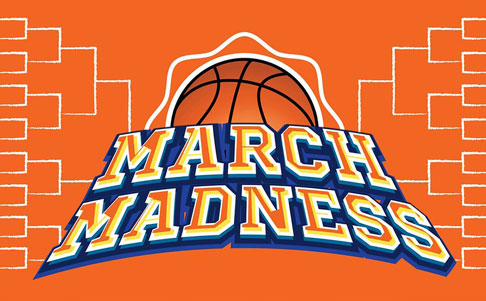 The opening round of the NCAA tournament is filled with excitement. Here are eight games that will fill your brackets (and maybe your wallets too).

NCAA-MensBracket_2022 March Madness is getting to me. I always tell my readers to select one to four games when they’re looking at the board. And personally, I go with teams or conferences I’m familiar with.

But March Madness changes all of that. I’m going to pick a side, total or prop bet in each of eight games in the NCAA tournament on Friday, March 18. If I can hit five out of eight, that will give me a winning percentage of 62.5. A good handicapper would love to hit anything over the break-even point of 52.4%. So let’s get it on and pick the Friday board. 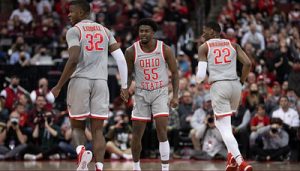 The Buckeyes are a No. 7 seed, and the Ramblers are 10. The game is currently a pick at press time. The total is 132.5. In most Ramblers’ games against quality non-conference opponents, both teams scored between 115 and 127. This game is an early start and is about to follow that same pattern. I’m going under in this game.

The Tigers are the favorite by 15.5 and 138.5 for the total. The Tigers will press and turn you over. The Gamecocks play methodically. I expect the Tigers to exert their will early. While they’re not the same team on the road, they’ll create turnovers from their press. I found a halftime line that has Auburn favored by 8.5 at a price of –115. That’s my play for this game. The moneyline is a lean for someone out there with deep pockets. Auburn is –2000.

Place a $10 bet on March Matchups at BetMGM. As long as a team hits a 3-pointer at some point during the tournament, you’ll win $200 in Free Bets. 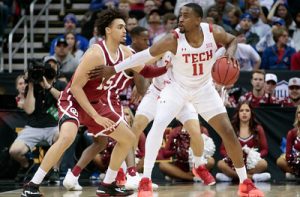 The Raiders are favored by 15.0 against the Bobcats and the total is 132.5. The Big 12 has six teams in the field. The best conference in the country will show up with at least 4 of them advancing to the next round. Texas Tech will be one of them. I would lay the 15 at the price of –110.

The Boilermakers are a No. 3 seed, and the Bulldogs are a 14. Oddsmakers favor Purdue by 15.5 with the total at 143.0. The money line is –1700. Purdue is not a good team against the spread. The Big 10 has inexplicably not shown up in the NCAA tournament. I’m not enamored with laying the 15.5. I do think the Boilermakers win the game, so I have enough to go with a moneyline bet.

PointsBet shows you the money for March Madness. Get $20 in free bets per round from the first round of 64 through the round of 4. Must place a $50+ pregame wager on each round to qualify. 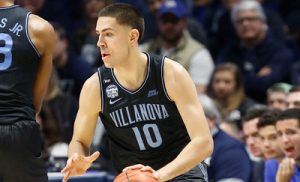 LSÚ is favored by 4.0 points with the total at 127.5. The Tigers are a No. 6 seed, they have an interim coach after Will Vill was fired because of allegations against him and the program. The Cyclones have some quality out of conference wins against Xavier and Iowa. They haven’t played well of late. Both teams have shown the inability to score. I’ll lean toward the under for this game.

Duke is favored by 18.5 against the Tigers and the total is 146.5. Duke is a No. 2 seed and flirted with being a 1 before losing in the ACC Tournament Finals. Duke will win this game and cover the number. 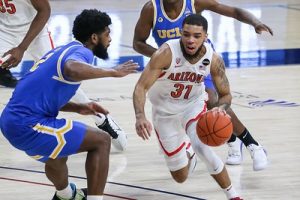 The Wildcats will play the winner of the Bryant Bulldogs–Wright State Raiders game. Arizona is a No. 1 seed and will have no problem with the winner. The Arizona Wildcats team projected scoring total should be between 80 and 84.5. Take them over whatever number the line settles at.

Next week, we’ll preview the Sweet 16 and the four games scheduled for March 25. Enjoy the games and remember to bet responsibly.

Play Along with March Madness. Download your iGP Brackets here.

Baseball is Back, Bu