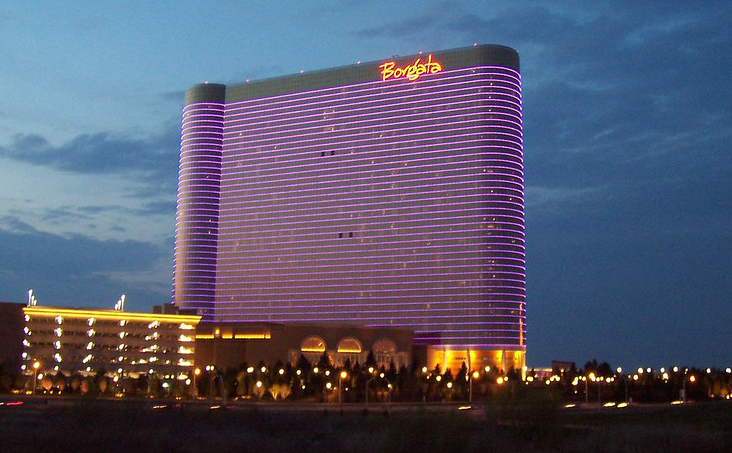 Most of Atlantic City’s nine casinos reopened July 2, welcoming guests for the busy Fourth of July holiday. For the most part, the game plan worked, despite a last minute ban on inside dining from New Jersey Governor Phil Murphy, which caused the Borgata to remain closed.

Eight of Atlantic City’s nine casinos reopened in time for the Fourth of July holiday weekend, operating at a maximum of 25 percent capacity based on protocols established by the industry, AtlantiCare health system and New Jersey Governor Phil Murphy.

Days before the reopenings, Murphy added another edict: no dining inside. No alcohol service on the casino floor. No smoking either. With those no-no’s, the ninth casino, Borgata Hotel Casino & Spa, elected to stay closed.

Still, gaming revenue at 25 percent capacity beats zero revenue from the casino floor. And food trucks and outdoor dining added something for people to feast on.

Sure, we’ve all seen the photos of people disregarding safety protocols in Las Vegas, going mask-free in casinos when they first reopened. What will happen in Atlantic City if the public doesn’t toe the line?

The state Division of Gaming Enforcement (DGE) has the authority to enforce health and safety protocols, and state police are assigned to the facilities to insure practices are being followed.

The DGE has already issued warnings that led to immediate corrective actions, including “additional training of licensees and their employees,” said spokesman Leland Moore. The DGE has broad enforcement powers to take more punitive actions, if necessary. “Under the law, licensees who fail to comply are subject to potentially significant fines per incident per day, as well as other potential consequences including licensure actions,” Moore said.

“Our health and safety protocols are at the forefront of our signature brand of hospitality, while continuing to offer a fun and enjoyable experience for guests,” said Ron Baumann, regional president for Caesars Entertainment Atlantic City.

“We’re very comfortable and confident that when people come, they will feel safe and secure and have a good time, which is what gaming is all about,” Baumann told the Press of Atlantic City. “We had to rush a little bit, but we figured it out. The challenge was, we didn’t know all the rules.”

At the Golden Nugget, employees and guests were required to wear masks in all public areas, and hand sanitizing stations were available throughout the property. “This is a step in the right direction to getting our employees back to work,” said Tilman Fertitta, owner and CEO of Golden Nugget Casinos.

Hard Rock Atlantic City provided face coverings to guests who arrived without them. All guests and employees had their temperature taken on arrival, and people with a temperature of 100.4 degrees or higher were to be turned away. Every time a customer stepped away from a slot machine, cleaning crews dressed in lime-green “Clean Team” T-shirts descended with spray bottles and wipes.

“Obviously it will be lighter than normal,” Joe Lupo, president of the Hard Rock said of patron levels on Day One. “This is usually a busy weekend. I think people are going to try it out, test us out, see what it’s like.”

“There’s got to be someone who goes into the fire first,” Terril Tate, a truck driver from Toms River, New Jersey, told the New York Times. “Once enough people see it’s OK, they’ll come back.”

Compliance with a series of anti-virus measures appeared to be nearly universal, at least in the early going. In less than three hours on the gambling floor at Hard Rock, an Associated Press reporter did not see a single customer without a face mask.

Early on July 2, there were 109 people at the tables and slot machines of the Ocean Casino Resort, in a space with a maximum capacity of 14,000, according to Mike Donovan, chief marketing officer.

“I feel less at risk than in the supermarket,” customer Virginia Hight told the Times, surveying the empty aisles. “You could bowl in this place.”

Bob McDevitt, president of Unite Here Local 54, said approved health and safety plans “fall short in providing the protections that guest and workers need to provide a safe environment,” and also criticized the decision by Murphy to ban indoor dining, since it affects a significant portion of the union’s 10,000 members, according to the Press of Atlantic City. An analysis by the Brookings Institution found that Atlantic City’s economy could be the third hardest-hit in the country as a result of the pandemic.

Some of the earliest arrivals at the casinos wore gloves or carried damp washcloths to protect themselves from germs. Most spoke of simply needing a break from the monotony of the pandemic.

“We probably are not going to make a lot of money,” he said. “But it’s just important to get people back to work.” About 60 percent of the Hard Rock’s employees were back on the job, he said.

The casino decided early on to invest in imaging technology, given the likelihood that the coronavirus will be a prolonged threat in the United States. “We just decided that this was not going to go away in a couple weeks, and it was important to invest in a long-term mind-set for the safety of our employees and guests,” Allen said.

The temperature devices also keep a facial record of everyone who enters the building, information that can be paired with surveillance cameras and the electronic cards most players use to place bets, creating an efficient contact-tracing system.

Hard Rock booked only 75 percent of its rooms on opening day. Of the rooms available, 90 percent were filled on Thursday and it was sold out for the weekend.

Tom Pohlman, general manager of the Golden Nugget, said the casinos are aware that people have health concerns and are doing everything they can to provide an environment that’s as safe as possible.

“But, if people make the personal choice to come and gamble … we want them to come and enjoy as much as they can under the guidelines that we’re given,” he said.

“I can tell you Resorts did everything in our power to provide the most safe and responsible way to reopen,” he said. “Our team is so geared up to get back to normal and provide that family-fun atmosphere that we’ve come accustomed to providing. I look forward to a great summer.”