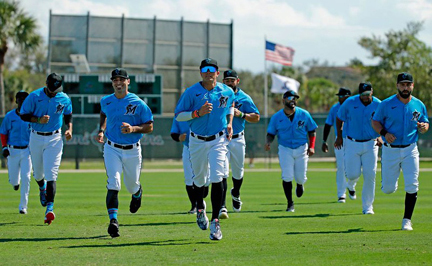 In the 2020 MLB regular season, with the usual 162 games trimmed to just 60, every pitch will matter. Expect the unexpected in betting markets, and start now to get in some low-risk, high-upside future bets (hint: Marlins!).

The upcoming 2020 MLB regular season is going to be exhilarating, no doubt about it. Since the typical 162-game schedule is going to be whittled down to just 60, every single pitch will matter.

More than anything, we can expect some major surprises in betting markets. Remember: MLB teams can be streaky at times (in both directions). The Washington Nationals were 19-31 through 50 games before getting hot en route to an improbable 2019 World Series victory.

On the opposite end of the spectrum, the Seattle Mariners started last year 13-2 and held the best record in the Majors before going 55-92 the rest of the way.

What If Miami Went All the Way? 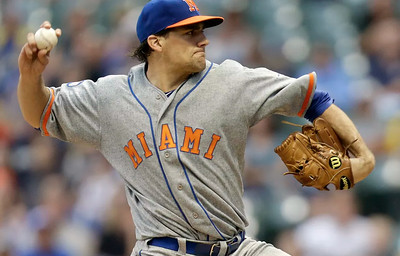 DraftKings sportsbook is giving the Miami Marlins +75,000 odds to win the 2020 World Series, and although they’re not on the list of MLB consensus picks to win, there are a few reasons (other than the financial upside) to take a shot on them. Here they are:

Miami added Jonathan Villar, Jesus Aguilar, Corey Dickerson and Matt Joyce—and Matt Kemp might also be in the mix. Not only can Villar play numerous positions, but he also played all 162 games for the Baltimore Orioles last season, hitting .274 with 24 home runs and 73 RBI along with 40 stolen bases. With 60-plus stolen base upside (as shown in 2016 when he swiped 62), the switch-hitter should be a major source of action at the top of Miami’s lineup.

Aguilar is one season removed from hitting 35 home runs and driving in 108 as a member of the Milwaukee Brewers, and projects to be the everyday first baseman. While Joyce is more of a platoon option against right-handed pitching, Dickerson hit .293 with eight home runs and 34 RBI in just 34 games played for the Philadelphia Phillies last year. He should be in the middle of a lineup that’s completely revitalized.

Kemp is one season removed from hitting .290 with 21 home runs and 85 RBI for the Los Angeles Dodgers and was limited to just 20 games due to injury on the Cincinnati Reds last year. If he’s healthy, he’s another middle-of-the-order bat to watch.

The MLB hasn’t resumed yet, but BetQL has four different international soccer products to take advantage of, including the English Premier League! CLICK HERE to lock in a special discounted rate on your annual subscription. Best bets from a proven model, live betting data and more.

More Reasons to Love This Bet

Assuming that Brian Anderson and  Jorge Alfaro continue to develop, this offense might actually be formidable. Anderson hit .261 with 20 home runs and 66 RBI in 126 games last year, while Alfaro hit .262 with 18 home runs and 57 RBI. Both will be everyday staples at third base and catcher, respectively.

While Cooper and Ramirez might make most of their starts against left-handed pitching, they are above-average pinch-hitting options as well. Rojas should continue to serve as the starting shortstop, even with prospect Jazz Chisholm waiting in the wings.

Plus, two of Miami’s top prospects could make their debuts this season. Featuring a high-90s fastball, Sixto Sanchez could be utilized in the bullpen during the shortened season, especially given his health and durability concerns. Look for the 21-year-old and 22-year-old Edward Cabrera to both make a difference. Sanchez posted a 2.76 ERA and 1.07 WHIP over 114.0 innings in High-A and Double-A last season while Cabrera posted a 2.23 ERA and 0.99 WHIP over 96.2 innings at those levels.

The projected rotation of Caleb Smith, Pablo Lopez, Sandy Alcantara and Jordan Yamamoto doesn’t exactly turn heads, but if they can produce at an average level and both Sanchez and Cabrera get called up, who knows what might happen?

Since there will be a universal designated hitter this season, this is what Miami’s everyday starting lineup might look like:

When looking at some of the other lineups in the National League,  the Marlins certainly don’t have one to scoff at by any means.

With these MLB odds, a $50 bet could win $37,500 if Miami wins the World Series! Any lower bet also would have substantial upside. There’s no reason not to back the Fish right now! Once the season kicks off check back to BetQL to find MLB picks for every game and every bet type.