AC Could Face Long Climb Back 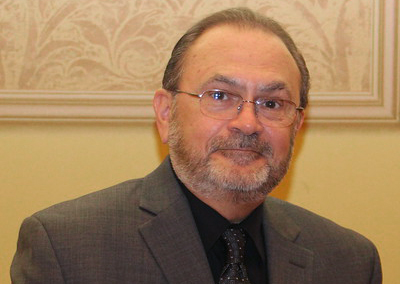 Atlantic City casinos closed March 16. The date of their reopening is uncertain, as is the fate of employees and the desire of visitors to return. The longer the shutdown, the more problems the city may have moving forward, according to Fairleigh Dickinson professor Bob Ambrose (l.).

On March 16, by order of New Jersey Governor Phil Murphy, Atlantic City’s nine casinos shut their doors—not for a few days to weather a hurricane, but for two weeks or more to ride out the nationwide Covid-19 outbreak.

The precautions were necessary to protect visitors and employees,” said Rummy Pandit, executive director of the Lloyd D. Levenson Institute of Gaming, Hospitality and Tourism at Stockton University. “Gaming floors typically tend to put people in close proximity to each other.”

Still, the decision was a difficult one, given the importance of the industry. According to employment figures from the New Jersey Division of Gaming Enforcement, at the end of February, Atlantic City’s casinos employed a total of 26,450 individuals. Of these 19,652 were working full time. “The livelihoods of these and other gaming, hospitality and tourism workers are at risk,” Pandit said.

Most casinos in the city paid their employees for two weeks, with health care benefits extending beyond that. It’s quite possible the shutdown will last a month, maybe more, before the virus’ effect lessens enough to open the casinos again.

“The impact on employees, their families and communities is staggering, and the implications extend far beyond the casino floor,” said Bill Miller, president and CEO of the American Gaming Association, which just released a report that forecast a two-month shut down will cost the industry in Atlantic City $1.1 billion in economic activity.

At some point, casinos will re-open and people will go back to work to service visitors freed from shelter-in-place confinement. Then what?

Hopefully, all nine will return to business as usual, but that’s not a given.

Much will depend on the broader impact on the national and regional economy. “If consumers experience financial hardship and discretionary spending declines it could result in a contraction of the local gaming market,” Pandit said.

“A sustained closing beyond 30 days could place some operators on a narrow path to a reorganization, possible sale or closing” without financial assistance from Washington, said Bob Ambrose, former casino industry executive, consultant and adjunct professor at the International School of Hospitality and Tourism Management at Fairleigh Dickinson University.

Fortunately, the federal government stimulus package passed last week includes options for the gaming industry, but the impact of this disaster has brought Atlantic City’s 21 straight months of growth to a grinding halt. “The gambling houses were literally learning to walk again on their own, after some very tough years, reporting $3.3 billion in gaming revenue in 2019,” said Ambrose.

The health of New Jersey’s casino industry is important to the overall state economy. It’s a major employer and financial contributor to the state, with $279.2 million in gross gaming tax for the year ended 2019.

Ambrose said Atlantic City can rebound. “It’s come-back ability from negative influencers has always amazed me.” But there will be delays on capital projects and a reduction in other areas of spending for the remainder of the year. “One positive note for all the properties in Atlantic City is that any plans for someone to open a new casino anytime soon is not going to happen here,” he said.

For those casinos that do return, what’s the game plan to ramp up?

Turning on the lights and unlocking the doors won’t get things back to normal, and getting people to visit depends on the length of the shutdown, the state of the larger economy and possible travel restrictions, Lupo said.

But there’s good news, according to Ambrose: “The East Coast is coming off of a very mild winter with no weather-related disruptions. And we’re now headed into the summer time business model.”

Will laid-off employees be forced to seek other work in the interim to meet their expenses? Pandit said, “They may not be immediately available to return to their prior positions. The recruitment process could significantly impact the timeline for operators seeking to reopen. However, just as workers may be delayed in returning to their casino jobs, demand for casino products and amenities may likewise be delayed.”

Reopening will likely be incremental, with operators gradually raising staff to meet consumer demand while matching employee availability, he said.

A slow ramp-up could still impact employee hours through the remainder of the year, requiring partial unemployment subsidies, Ambrose said.

“The city and the hotel casinos must work closer together in the weeks ahead in anticipation of business resuming,” he said. “There should be an on-going collaborative effort, perhaps a special task force on a temporary basis to coordinate this effort with property, city and state representatives working under one mission statement. I would also suggest an outside consultant familiar with the industry and this market.”

Marketing executives for each property should be developing plans now to create strategic initiatives for the remainder of the year, Ambrose said.
“Communication is paramount from the casinos to their customer base, through all forms of media.”