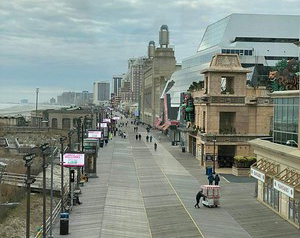 A casino relief bill to permit casinos and racetracks to deduct a portion of sports betting revenue taxes move out of the Assembly Appropriations Committee. A second bill which gives tax breaks to the Atlantic City casinos was approved by the Budget Committee two days later.

“At a time when many of these businesses are struggling to stay afloat and keep their workers employed, we need to help relieve any undue burden on the industry,” Caputo said. “This bill will allow these businesses to deduct revenue from free wagering credits given out to entice new players.”

Still, the bill as written faces an uncertain future. The bulk of the various taxes and fees are allocated for the Casino Revenue Fund, which by statute goes towards seniors and disabled programs. The Office of Legislative Services indicated funding would be cut if the bill was enacted.

“For each $1 million in promotional gaming credits that a (casino or racetrack) permit holder can deduct against gross revenue because of this bill, the state revenue loss would be roughly $100,000 to $150,000.”

The bill requires the state Division of Gaming Enforcement to ensure the deductions from promotional gaming credits do not result in a negative impact to either the Casino Revenue Fund or the General Fund.

The bill would also impact the casino payment-in-lieu-of-taxes, or PILOT, law where the taxes paid to the city by the nine casinos is directly tied to the industry’s annual gross gaming revenue. Thus a reduction in revenue would decrease what Atlantic City receives.

The bill held by the committee passed the state Senate in June with amendments that decreases the time and size of the tax breaks.

Steve Callender, regional president of Caesars Entertainment Inc. and president of the Casino Association of New Jersey, said the tax incentives would help the industry, according to the Press of Atlantic City.

“We need it because we want to get back to the numbers that we were achieving before and would like to be at,” Callender said. “We’d like to bring more team members back to work, which is important to us.”

While the committee offered no explanation for holding the bill, it could be to amend the proposal to include tracks, not just the casinos.

The Assembly Budget Committee approved tax breaks to casinos September 22. The approval set the stage for a full Assembly vote expected September 24. In June, the state Senate approved the proposal. The bill helps alleviate some of the $112 million in operating losses during a shutdown that went on for 107 days.

“The Covid-19 pandemic and consequent business closures has … set back the economy of an entire region that is greatly dependent on the jobs, tourism spending and purchases that the Atlantic City casinos generate,” reads the updated legislative text.

The proposal calls for a one-year reduction in taxes paid on gross gaming revenue and a monthly deduction against gross gaming revenue equal to the amount of promotional gaming credits (free and/or match play) used by customers. Lawmakers amended the legislation to remove tax breaks on hotel and parking fees as well as a provision which would have required the Casino Reinvestment Development Authority to pay for city marketing.