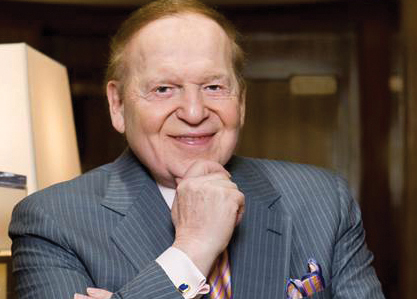 Las Vegas Sands Corporation Chairman and Chief Executive Officer Sheldon Adelson has hired eight Texas lobbyists to encourage lawmakers to pass casino gambling legislation. In addition, in the recent election cycle, he and his wife donated $4.5 million to Republican campaigns for the state House of Representatives.

With the state facing a $4.6 billion budget shortfall, Deshotel said, “Now may be the best opportunity that casino gambling has had in quite a while. The issue is trying to cut the money leaving Texas in such large amounts that could be going into the coffers here and helping Texans who need help.” Deshotel noted every state that borders Texas has at least one casino at or near the state line.

Deshotel said the state could use casino revenue to offset some of the cost of expensive windstorm insurance for homeowners and businesses, and also to support catastrophic flooding assistance.