HomeThe ShuffleAdesanya vs. Vettori at UFC 263

Adesanya vs. Vettori at UFC 263 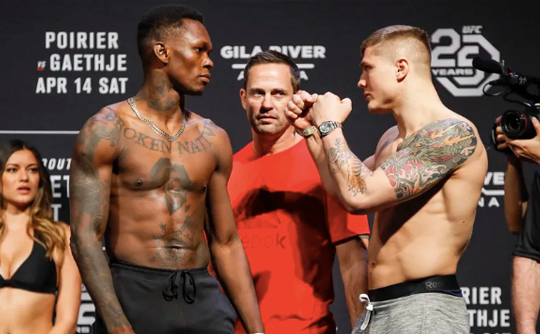 This will be the second faceoff for Adesanya and Vettori, and it’s going to be intense. The fighters first met in 2018, in the same venue. Adesanya won in a split decision, but a lot of spectators thought Vettori won, and the Italian middleweight thought so, too. There’s no doubt that Vettori has revenge on his mind. He told Yahoo Sports he still believes he took Adesanya in the previous bout.

“I was the aggressor … I was the one pushing the action all the time,” he said. “Whatever. Judges screw up a lot of times. Here I am, ready for the rematch… I want to show who really is the best middleweight in the world.”

Adesanya wasn’t having it, and mocked his opponent’s claim of victory. “The fact that he actually still thinks and holds on to that loss, like it’s the best win of life, is laughable,” Adesanya sneered.

If Vettori is going to win this time—he’s a +200 underdog—he’ll have to deal with Adesanya’s strength, which is his footwork. Another worry for Vettori is his opponent’s size and range. At 6-foot-4, with an 80-inch reach, Adesanya is a -250 pick to retain his middleweight title.

It comes down to Vettori staying hungry, staying aggressive, and avoiding mistakes. He thinks he can do it. “It’s destiny, man,” Vettori said. “I think I won that (2018) fight, but now we get to settle the score.”

Israel Adesanya landed 99 strikes in his last fight. And PointsBet.com will double your money on UFC 263 if he throws one single punch. Don’t miss out on this On-the-House Booster!

Demian Maia Not Ready to Hang Up His Gloves 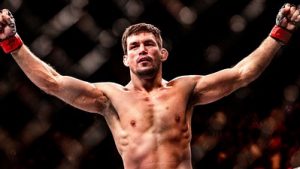 Not many MMA fighters make it to their 40s, and even fewer have success at that age. Demian Maia has bucked that trend. The 43-year-old is on the last fight of his contract, but word is, the contract may not be renewed.

That could all change if the Brazilian defeats Belal Muhammad in their middleweight contest at UFC 263. Maia’s the underdog at +200, with Muhammad favored at -250. Muhammad was unbeaten in his last five bouts, but Maia says he’s laser-focused on busting that streak.

“To be honest, I’m trying my best not to think about (retirement), so it doesn’t carry over to the fight,” Maia told media company Combate Global. “That can disrupt my performance.” 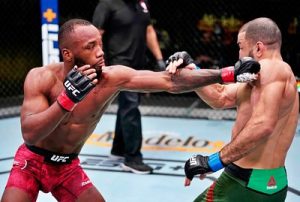 The Nate Diaz–Leon Edwards fight was originally scheduled for UFC 262 last month, but was postponed when Diaz suffered an undisclosed injury. That matchup Saturday will be the first non-main event, non-title five-round fight in UFC history.

Edwards comes in with the lowest odds of any of the bouts at -525. Diaz hasn’t fought since November 2019, when he was knocked out by Jorge Masvidal. And that’s why he’s the overwhelming underdog at +365.

In his last nine fights, Edwards was unbeaten, and he hasn’t lost a contest since 2016. If Diaz expects to pull off the upset, he’ll have to fight the perfect fight, and also hope Edwards slips up. Something that’s not likely. 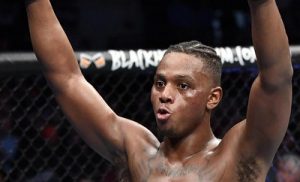 The opening fight on Saturday’s main card features undefeated Jamahal Hill against Paul Craig. Hill is 8-0, and the only blemish on his record is a no-contest after he won one, then subsequently tested positive for marijuana.

Craig has power to spare, and one of his favorite weapons is spinning kicks. But his real strength is in takedowns. This guy can get opponents on the ground, though he can find it hard to finish them off. That deficit—and it’s a big one—will work against Hill. If Craig gets too close, he may run the risk of a knockout.

Keep in mind, too, that though Craig won his last four fights, the four losses on his record came when he stepped up in class in UFC contests.

Deiveson Figueiredo and Brandon Moreno last met in December 2020 at UFC 256, and the two battled to a draw. That result was unsatisfying for both fighters, and on Saturday, each has the opportunity to make it right.

Looking for your daily odds boost? Check out enhanced odds and specials, every day at GoldenNuggetCasino.com.

In NHL Playoffs, Can