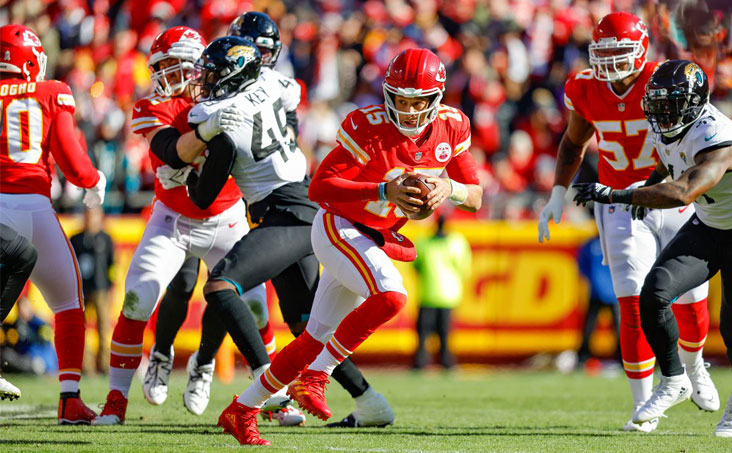 The AFC conference semifinal round will feature two exciting matchups this weekend. Read up on the Chiefs-Jags and Bengals-Bills games before placing your weekend wagers.

Just eight teams and three rounds remain in the 2022-23 NFL postseason. This weekend’s Divisional Round should provide plenty of touchdowns and late-game drama to the table.

It will feature four very talented and deserving franchises who all could threaten to make a Super Bowl run. This weekend should be very action-packed and keep everyone on the edge of their seats.

Here are the games on the AFC’s half of the slate that you can look forward to.

The Jacksonville Jaguars are coming in fresh off a huge momentum-building win in the Wild Card round, when they came back from down 27-0 to beat the LA Chargers, 31-30.

Quarterback Trevor Lawrence and head coach Doug Pederson put on an incredible comeback display. Lawrence started the game with just one touchdown and four interceptions in the first half. He ended with three TDs and zero INTs in the second half to secure the win. Pederson will need to come up with an even stronger game plan this week against a dominant one seed in the Kansas City Chiefs.

The Chiefs are favored by 8.5 points and the total is set at 53. Kansas City is coming into this one well-rested after a first-round bye, as the AFC’s top seed. The Chiefs were dominant all season long en route to one of the NFL’s two 14-3 records.

QB Patrick Mahomes is a shoe-in for NFL MVP this season after posting a stat line of 5,250 passing yards, 41 passing TDs and 12 INTs. Kansas City also featured the league’s 11th-best defense this season, which should provide some resistance to Jacksonville’s surging offense.

The Chiefs have demonstrated their dominance all season long, winning 14 games and losing just three by a total of ten points. As convincing as the Jaguars late season and early postseason run has been, the Chiefs are ready to end it. As far as the Over/Under goes, lean towards the former. The Chiefs are notorious for scoring a lot of points and the Jaguars have also been doing so as of late. A combined 53 is not too much to ask for from these two offensive-minded teams. 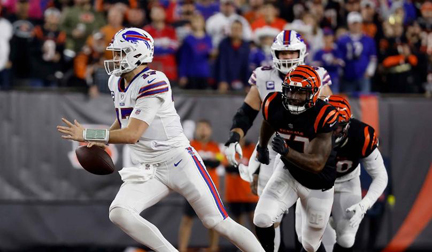 The Cincinnati Bengals are looking to not only just duplicate last year’s playoff run, but one-up it and capture the franchise’s first ever Super Bowl victory. QB Joe Burrow and his loaded skill-position group are rolling, as is the Cincy defense. This team has quickly learned the invaluable skill of getting hot at the right time and will be a tough out for any team for years to come.

The Buffalo Bills has been on a similar level of dominance as Kansas City this season. Their three losses have been by a total of eight points. The Bills are not used to losing any game since the arrival of QB Josh Allen and it feels like the team has been on the brink of a Super Bowl run for a couple years now. They are extremely tough to beat in any facet of the game and as a result can find mismatches in almost any team.

While Buffalo should be able to move on to this year’s AFC Championship game, Cincinnati will likely cover the spread. The Bengals will absolutely not be blown out, as the offense will always put up a fight to the end. They should keep this one to about three points. While both offenses are very capable of competing in a shootout-type of game, this one seems to suggest an under game. The first week of the playoffs was very over-happy and in a cold, competitive environment this one should be a low-scoring affair.

Good luck and enjoy all of the action!

Prediction: Bengals +5 to cover over Bills (-110 at BetRivers)

Make your first-time deposit with BetRivers and place your first sports wager. If your wager loses, receive a Free Bet, equal to your stake, up to a maximum of $500 ($100 max in NY). Free Bet will be awarded within 24 Hours of your qualifying wager settling as a loss.

Take Under on Charlo