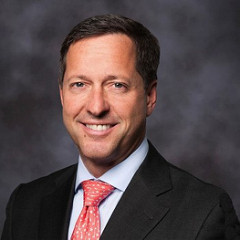 The American Gaming Association formally named longtime Capitol Hill lobbyist Bill Miller as the trade association’s third president and chief executive officer. Miller most recently serviced as senior vice president for the Business Roundtable and has experience with the U.S. Chamber of Commerce as well.

Miller is the third CEO of the main trade association of the U.S. casino industry, replacing Geoff Freeman, who resigned to accept the top post at the trade association for the grocery industry. Freeman had succeeded founding chairman Frank Fahrenkopf.

During his tenure as senior vice president at the Business Roundtable (BRT), Miller helped grow the organization’s brand and advocacy footprint in Washington, leading the association’s outreach to Capitol Hill and the presidential administration.

“I am honored to join a team with a well-earned reputation for advancing the casino gaming industry’s legislative and communications priorities and addressing the issues that matter most to its members,” said Miller. “Much to the AGA’s credit, this is a remarkable time for gaming in America. The industry is growing, acceptance of gaming as mainstream entertainment has never been higher, and the opportunities to continue to advance gaming’s agenda are abundant. I am eager to help lead the industry in this next era.”

A broad, seven-member search committee was formed in June, led by Tim Wilmott, CEO of Penn National Gaming and chairman of the AGA Board of Directors.

“Bill’s extensive work with federal policymakers and as a seasoned leader of membership and industry advocacy organizations was critical to our decision,” said Wilmott. “He joins a successful organization at a time when our industry is enjoying great momentum, thanks in part to a major policy achievement—the ending of the federal sports betting prohibition. On behalf of the AGA Board, I am excited to welcome Bill to the team.

“The Board is extremely thankful for the leadership of Stacy Papadopoulos and Sara Slane, and the commitment of the entire AGA team during this period of transition,” continued Wilmott.

With senior-level experience at leading business groups and trade associations including BRT and the U.S. Chamber of Commerce, Miller joins the AGA at a time when the gaming industry is growing both in size and popularity. The May 2018 Supreme Court ruling overturning the federal ban on sports betting was a landmark policy achievement for the industry.