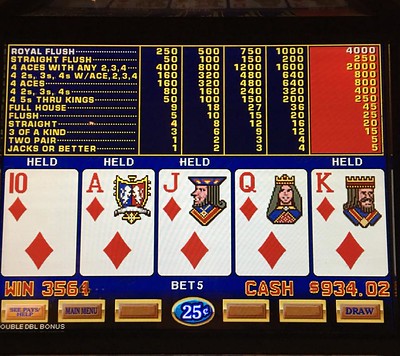 The American Gaming Association has renewed its call to end the $1,200 federal reporting threshold for slot wins, originally set in 1977. The AGA saw its chance last week when President Trump issued an executive order for regulatory reforms to stoke the nation’s recovery. AGA chief Bill Miller says a new threshold will help ease the bureaucratic burden.

Last week, President Donald Trump issued an executive order calling for the reform of regulations that could hamper the nation’s economic recovery. The American Gaming Association saw an opening to right a decades-old wrong.

The AGA and other gaming industry representatives have called repeatedly for a modification of the IRS reporting threshold on slot-machine jackpots. Any wins of $1,200 or more automatically lock the machine up, with play to resume only after the player has filled out IRS Form W-2 G.

The jackpot is then reported as income, and the player receives a 1099 form listing the income for the year’s tax return. The player’s only recourse at that point is to file win-loss forms from the casino that show he or she recorded gambling losses at least equal to the win.

Casino operators have consistently complained that stopping play is a detriment to casino earnings, particularly in the case of their best players, who might generate several of these reports in the course of a typical session on a $100 or other high-denomination machine. On top of that, the AGA has pointed out that the $1,200 threshold has been unchanged since it was instituted in 1977, complaining that if the threshold is necessary, it should be updated to the equivalent of $1,200 in inflation-adjusted 2020 dollars—$5,000.

As Trump seeks to get the economy restarted after months of idleness due to the Covid-19 shutdown, unnecessary regulations that hamper economic recovery has been one of his main targets. In the executive order signed on Tuesday, May 12, Trump wrote:

“Just as we continue to battle Covid-19 itself, so too must we now join together to overcome the effects the virus has had on our economy. Agencies should address this economic emergency by rescinding, modifying, waiving, or providing exemptions from regulations and other requirements that may inhibit economic recovery, consistent with applicable law and with protection of the public health and safety, with national and homeland security, and with budgetary priorities and operational feasibility.”

The AGA was quick to respond, issuing a statement on Wednesday asserting that the executive order should apply to the slot jackpot reporting threshold.

“As the gaming industry safely reopens and seeks to return to financial health, one critical area of regulatory reform the administration should consider is modernizing the $1,200 slot jackpot reporting threshold,” said Bill Miller, president and CEO of the American Gaming Association in the statement. “The current threshold is outdated and imposes significant compliance burdens on both the IRS and the gaming industry.

“Last year, the AGA again encouraged the Department of Treasury to update the slot jackpot reporting threshold to a realistic level, in line with inflation, such as $5,000. The increased threshold would not only enable the IRS to focus its limited enforcement resources on those taxpayers who are most likely to have net slot winnings at the end of the taxable year, but would also significantly reduce close interactions required between gaming employees and patrons to issue tax forms.

“This policy change, supported by bipartisan members of Congress, was already long overdue prior to the pandemic, and now has additional importance as the gaming industry emerges from this crisis.”

The statement went on to note some of the operational and efficiency burdens of maintaining the $1,200 threshold. “Because the threshold hasn’t tracked with inflation, there has been a significant increase in the number of reportable jackpots, causing more operational inefficiencies and adding to the sea of W-2G forms currently flooding an under-budgeted and understaffed IRS each year,” the statement said.

With No Opening Date