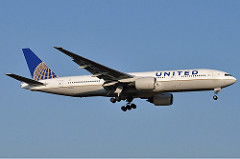 Geoff Freeman, president and CEO of the American Gaming Association, is coming out against a provision of President Donald Trump’s new budget proposal that would cut funding for Brand USA, a public-private partnership launched in 2011 to help promote the U.S. as a travel destination for foreign tourists.

Trump’s budget would cut the program to help pay for expanded customs and border patrol presences.

In a statement last week, Freeman warned that the proposed cuts, combined with Trump’s embattled travel restrictions, are sending a message that foreign visitors are not welcome in the U.S.

“If there’s one thing I’ve seen so far that has me concerned, it’s our message to foreign travelers. These visitors are so critical—not just to Las Vegas, but to every market in which (casinos) do business,” Freeman said.

“They have options; they have alternative places to go. We need to have a system that is both inviting and welcoming for bringing travelers. If we’re not going to ask them for their business, they’re not going to come. That’s where Brand USA comes in. If you don’t want to make the invitation, I can assure you that there are other markets around the world spending hundreds of millions of dollars to recruit travelers.”

International travelers stayed an average of 18 nights and spent an average of $4,360 per capita, according to the U.S. Travel Association, where Freeman served as an executive before joining the AGA.

Overall, U.S. travel exports totaled $246 billion in 2016, while imports (travel spending by U.S. citizens while outside the country) were $159 billion—resulting in a surplus of $87 billion.

Brand USA is funded by a combination of private contributions and fees paid by applicants seeking visas to travel to the U.S. Trump’s budget would divert those visa fees to the U.S. Customs and Border Patrol.

“Everything that’s in that budget you have to take seriously,” Freeman said. “I know there’s strong support for Brand USA in Congress, but the fact is that the threat is out there. You certainly can’t rest on your heels and hope it goes away. The industry needs to be activated on this.”