Alabama Favorite, Value Bets for Others to Win NCAA Championship 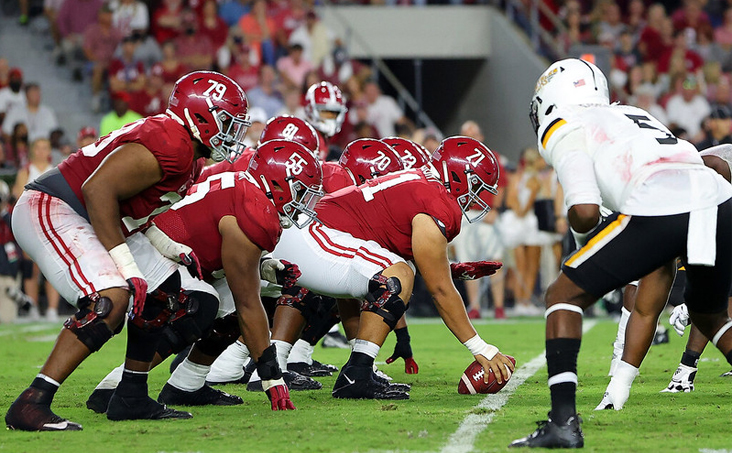 The college football season is a little more than two months away and BetMGM has odds for who will win the College Football National Championship.

Looking ahead to the upcoming season, let’s evaluate the updated BetMGM odds and expert picks to win the College Football National Championship. Feel free to also use BetQL’s college football odds comparison tool to shop for the best-possible numbers from across the industry.

The Alabama Crimson Tide is the favorite to win the National Championship at +200, but the Georgia Bulldogs are right behind them at +275. The Ohio State Buckeyes are third at +450

Though the odds get much longer after those three programs, there are some great value bets. BetQL writers give bettors some tips on other universities that are worth looking at. 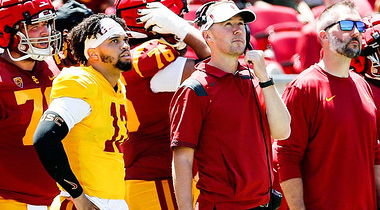 I’m a very firm believer in new USC Trojans head coach Lincoln Riley and with transfer quarterback Caleb Williams from the Oklahoma Sooners, 2021 Biletnikoff Award winner Jordan Addison joining the team at wideout, and running back Travis Dye transferring from the Oregon Ducks, among a slew of other impactful additions.

I’m very high on USC’s potential to reach (and win) the College Football Playoff. Outside of their Pac-12 schedule, their true test will come in the final week of the regular season when they take on the Notre Dame Fighting Irish.

While Alabama, Georgia, and Ohio State are three of the presumed teams to make it, the door should be open for USC with an undefeated or one-loss campaign. At these odds, they’re absolutely worth a sprinkle given all of their resources and talent. 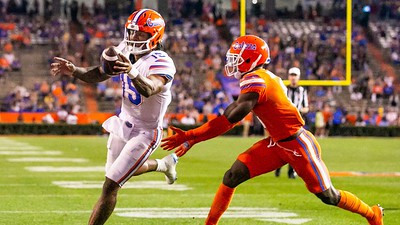 Florida Gators quarterback Anthony Richardson’s dual-threat ability should firmly put him into the Heisman Trophy conversation and we’ve often seen that one player’s ascension can have a transformative effect on an entire team.

Not only that, but new Gators head coach Billy Napier is coming off a dominant four-year run at Louisiana and was on two championship staffs under Nick Saban at Alabama in 2011 and 2015, so he seemingly knows what it takes to win it all.

Ohio State went 11-2 overall last season, 8-1 in the Big 10 Conference, and won the Rose Bowl over the Utah Utes. I think they can improve on that this upcoming year and have a decent shot at a championship.

Quarterback C.J. Stroud had a great season last year and he’s primed to have another great year with this team. Plus, stellar wide receiver recruit Brandon Inniss has Ohio State on his short list of teams, so there’s huge potential there.

With Ohio State behind Alabama and Georgia on this odds list, there’s some value here in them to take the championship.

Bank on Bounce-Back from Clemson Tigers 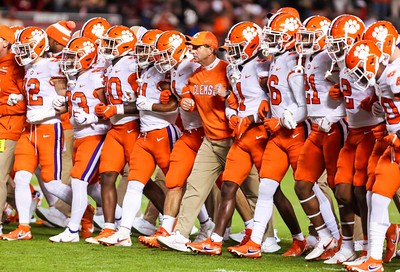 Since Lucy already took Ohio State (best CFP value) and there’s really no value on the top SEC teams, I’ll go with a bounce-back season from the Clemson Tigers, who ranked 14th in the final AP poll with a disappointing 10-3 record that felt much, much worse.

Opening in Atlanta against the Georgia Tech Yellowjackets should set a much different tone than last year’s season-opening loss to eventual national champ Georgia, assuming that’s not a Week 1 trap game in the Yellow Jackets’ backyard.

The first real test for Clemson won’t come until Week 4 on the road against the Wake Forest Demon Deacons, which finished ranked 15th last season. If Clemson is going to have any title hope this season, it should have no trouble putting the likes of Wake Forest and NC State Wolfpack (Week 5) in their place, but circle Week 10 at Notre Dame, that’s likely when we’ll find out if this Clemson ticket is worth anything or not.

Don’t miss a minute of the College Football season with fuboTV. Watch Live or Stream – sign up here.