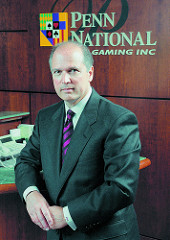 The American Gaming Association (AGA) last week announced the Gaming Hall of Fame’s Class of 2018: Peter M. Carlino, a prominent leader in casino operations and real estate; Richard Haddrill, a gaming innovator and local philanthropist; Philip P. Hannifin, an industry pioneer who played a major role driving out organized crime and bringing in corporate investment to Nevada; and Steven Perskie, a pioneer for growing legalized gaming outside of Nevada.

“From expanding the presence of gaming across the county to maintaining the integrity of the industry, each honoree of the Class of 2018 has played an important role in advancing the casino gaming industry,” said Stacy Papadopoulos, interim CEO of the American Gaming Association. “We are proud to recognize their dedication, innovation and commitment by inducting them into the Gaming Hall of Fame.”

Since its formation in 1989, the Gaming Hall of Fame has recognized leaders who have distinguished themselves through significant contributions to gaming. An invitation-only ceremony honoring the inductees will take place during the Chairman’s Reception at Global Gaming Expo (G2E), sponsored by AGA and the Association of Gaming Equipment Manufacturers (AGEM).

The 2018 inductees’ accomplishments include:

• Peter M. Carlino, casino and real estate maven: A Penn State graduate, Carlino began his career overseeing several family businesses, and took the helm at Penn National Gaming from his father in 1994. Carlino led the business from a small public company with a single racetrack in central Pennsylvania to a diversified multi-jurisdictional owner/operator of gaming and racing properties throughout North America. In 2013, he left the company to become chairman and CEO of the Gaming and Leisure Properties, a spin-off from Penn National as the gaming industry’s first Real Estate Investment Trust (REIT), which would later serve as a model for the eventual formation of REITs by Caesars Entertainment and MGM Resorts International.

• Richard Haddrill, innovator, leader and philanthropist: Richard Haddrill is a pioneer, innovator and active leader in the global gaming industry. Successfully serving as CEO of Powerhouse Technologies, Manhattan Associates, and Bally Technologies and as executive vice chairman of Scientific Games, Haddrill helped transform the industry, leading expansion in Class II and video lottery gaming, as well as the development of the popular multi-state lottery Powerball® game. A steadfast advocate for the growth of the gaming industry, Haddrill served as vice chairman and then chairman of the American Gaming Association. His Richard M. Haddrill Charitable Gift Fund contributed more than $500,000 to Las Vegas causes last year. He is also the founder and CEO of The Groop, a private investment firm that partners with for-profit businesses which have a social benefit, such as addiction treatment, mental health safety and environmental improvements.

• Philip P. Hannifin, public servant and industry leader: Hannifin was appointed chairman of the Nevada Gaming Control Board, serving three terms from 1971 to 1977. He was pivotal in encouraging corporate investment in Nevada, helping Las Vegas open the door to Wall Street’s support of casino growth. His leadership while working for Summa, MGM Grand and Harrah’s were critical to the development of the mega-resorts that define today’s Las Vegas Strip. As a director with Fitzgerald’s Corporation, he helped move the company from a single casino in Reno, to operations in seven jurisdictions across the country.

• Steven Perskie, a pioneer for the expansion of legal gaming: As a young New Jersey state legislator representing Atlantic City in the 1970s, Perskie led efforts to legalize the first casinos in the U.S. outside of Nevada. As an assemblyman, he drafted and sponsored the New Jersey Casino Control Act, which serves as the model for gaming legislation around the world. His efforts led to the revitalization of Atlantic City and ultimately convinced a national audience that gaming could be regulated effectively. Following his political career, Perskie served as a New Jersey Superior Court Judge and was appointed as chairman of the New Jersey Casino Control Commission in the 1990s.