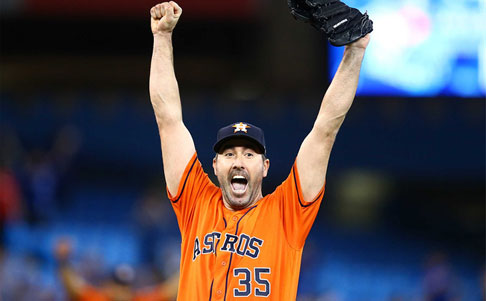 The baseball season is creeping toward the All-Star Break, but there’s still plenty of time to make a wager on the American League Cy Young Award.

The Cy Young Award is given annually to the best pitchers in Major League Baseball, one each for the American League and National League. The award was first presented in 1956 by Baseball Commissioner Ford Frick in honor of Hall of Fame pitcher Cy Young, who died in 1955.

Last season, Toronto Blue Jays ace Robbie Ray walked away with the award, and Gerrit Cole of the New York Yankees was the runner-up. But this is a whole new season and there are plenty of talented arms ready to make their bid.

Here’s a deep dive into the candidates to help with making MLB betting picks.

Get a risk-free bet of up to $1,000 when you sign up as a new customer at BetMGM. Start today, and bet on Major League Baseball right away!

Houston Astros’ ace Justin Verlander pitched a gem against the Minnesota Twins on May 10, finishing with eight strong innings and allowing just one hit.

On May 15, Verlander didn’t go deep against the Washington Nationals, but he put forth another solid outing, pitching five innings and allowing just two hits and picking up the victory. Verlander pitched his third scoreless outing, blanking the Texas Rangers in six innings, allowing six hits.

Parlay Boost adds to your winnings at Golden Nugget. Place a parlay with odds of -145 or greater on each leg. Available on baseball, football, basketball and more. 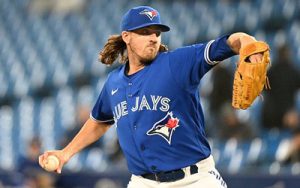 The Blue Jays’ Kevin Gausman started the season strong, winning three of four decisions, but he has lost two of lastsix and continues to be the most consistent arm in the Blue Jays rotation. He pitched seven innings and allowed three earned runs against the Tampa Bay Rays on May 13, with the team failing to give him much of any run support and ultimately putting a loss on his record.

The right-hander lost his latest start a week ago against the Seattle Mariners.

Now that’s a home run! Sign up to wager at BetRivers, and your first bet will be matched, dollar for dollar, up to $250. Create your account today.

Dylan Cease is one reason the Chicago White Sox are angling for a playoff spot. After a loss to the New York Yankees two weeks ago, Cease had a nice bounce-back performance against the Kansas City Royals on May 17, picking up his fourth win on the season as he pitched into the sixth inning and allowed no earned runs while striking out nine.

Gerrit Cole, the runner-up for last season’s Cy Young, had a shaky start to the season for the Yankees, where he allowed eight runs on nine hits and couldn’t get past the fifth inning in three games.

Recently, though, the Yankees’ ace has been money. He’s won four of his last five starts, with the other a no-decision. In that time, he has lowered his ERA from 6.35 to 2.89, allowing 22 hits and six runs in those five games.

Ready to bet on Cy Young futures? Join Caesars Sportsbook today, and you’ll get a 100% deposit match, up to $1,000. Join the club today. 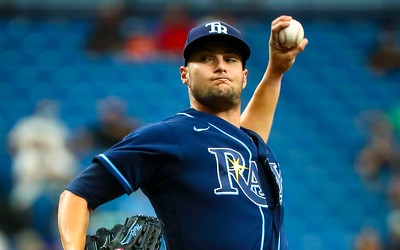 It’s been an up and down season for Shane McClanahan, but the Tampa Bay Rays lefty has shown signs of bouncing back. Two weeks ago, McClanahan put together one of his best starts of the season against the Los Angeles Angels, finishing with a no-decision after pitching seven innings and allowing no earned runs and striking out 11.

McClanahan followed up his performance against the Angels by picking up a victory against the Detroit Tigers a week ago, pitching seven strong innings and allowing just one earned run.

It seems teams are starting to solve Los Angeles Angels pitcher Shohei Ohtani. In his last two starts, he hasn’t factored into the decision. In those two games, he’s gone six innings and given up just eight hits and three runs.

Here’s a list of the Cy Young Award winners from the last decade.