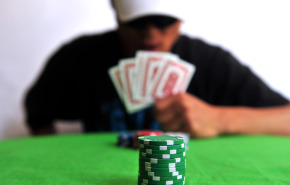 In brick-and-mortar casinos, you can look around the table and notice your opponents’ tells. Surprisingly, there is at least one very important tell that exists at the virtual table. Many online players are fond of playing two, three, and sometimes four or more games simultaneously.

When you’re actively involved in that many hands, it’s impossible to take notes and concentrate on a multitude of games simultaneously. Opponents who play multiple games are playing suboptimal poker. They haven’t the time to take or refer to their notes, and they can’t get a feel for the texture of the game when they’re jumping around from table to table.

If you think an opponent appears to be playing in a few games simultaneously—perhaps you’ve noticed that he takes an inordinate amount of time to make even the simplest and most obvious of decisions—you can validate this by using the site’s software to locate that particular player.

If you do find that he’s playing two or more games simultaneously, and taking more time than expected to make decisions in your game, take it for a given that he’s playing A-B-C poker and has neither the time nor the ability to maneuver adeptly through the subtleties and nuances of a multiplicity of games. Chances are he’s auto-folding bad hands and raising with good ones.

Respond as you would to casino players who are easy to read because they don’t vary their play, they play by the book, and they don’t pay attention to anything but their own cards. When players are predictable, you can beat them.