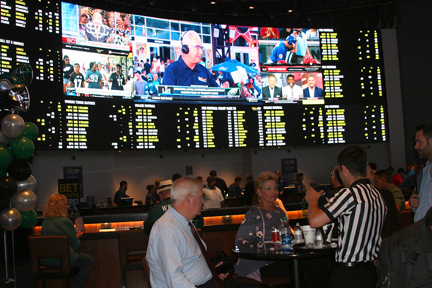 William Hill U.S. and CBS Sports have struck an agreement where the sportsbook will give wagering data to the network in exchange for exclusive rights to promote its brand across CBS digital. The deal gives William Hill access to some 80 million monthly CBS users.

Under the deal, CBS gets William Hill’s data and odds, and the sportsbook operator gets exclusive rights to promote its brand across CBS Sports’ digital properties, including CBS Sports Fantasy. CBS Sports Digital is considered the second-largest sports property in the U.S., with more than 80 million monthly users across its sites and mobile apps.

Match till March with WilliamHill.com. Get a 100% deposit match up to $150 on your first deposit and $10 in free cash when you sign up with William Hill NJ. New registrations only through February 29.

William Hill CEO Joe Asher said the deal “will allow us to expand the brand across America quickly and efficiently.”CBS has “the eyeballs,” he said. “They have customers we want to reach.”

The announcement is the latest agreement pairing sports betting or casino operators with traditional media outlets, both looking for another vehicle to grow their audience engagement of sports bettors and sports fans.

The partnership will begin in March on CBS Sports digital platforms, with a full rollout planned for the fantasy football season.