Another Good Month for Online Gambling in New Jersey 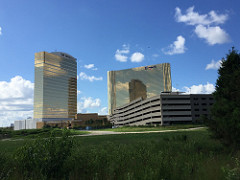 In what is becoming a trend, another strong month for online gaming helped Atlantic City’s casinos see a rise in revenue in October over October 2016.

Only the Borgata reported a decline according to figures released by the New Jersey Division of Gaming Enforcement. The casino was down 7.4 percent to $59.4 million, but was still easily the market leader for the resort. Borgata officials attributed the decline to customers having a particularly lucky month at table games, according to the Associated Press.

October was the last month were revenue from the closed Trump Taj Mahal factors into the numbers. The casino closed in early October 2016. Without the Taj revenue, the remaining land-based casinos saw a 2.1 percent increase.

Through October, the resort’s casinos have won $2.2 billion, up more than 2 percent from 2016.