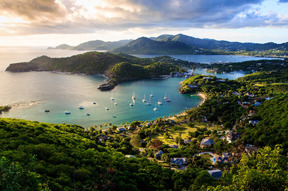 If not, they are prepared to take actions approved by the World Trade Organization.

The dispute revolves around the U.S. banning its citizens from playing on online gambling sites located in the country. The country said the move costs its online gambling firms millions. In 2005, the World Trade Organization ruled that the U.S. had violated international trade agreements by the ban. It awarded Antigua $21 million and also ruled that if a settlement was not reached, the country could recoup the money by suspending U.S. copyright laws.

“My government believes that the new administration that is about to take office will recognize the lawfulness and justness of our actions and will quickly settle the differences that have kept our negotiators apart<” he said. “Hopefully the US would not turn to intimidation and revenge.”

Williams also said the government is expected to pass laws to recover the revenue it has lost as a result of the dispute.

“It is my government’s intention to proceed to Parliament to adopt legislation consistent with the WTO ruling allowing Antigua and Barbuda to nullify US copyright protections and to benefit from so doing,” he told legislators.