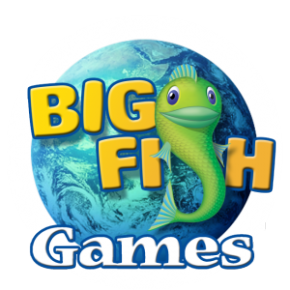 Big Fish games is a mobile gaming subsidiary of Churchill Downs Inc., which issued a statement saying the deal has been approved by its board of directors.

Aristocrat said it was making the purchase to increase its social games footprint and that it expects the acquisition to be earnings accretive in the first full year of ownership, according to Reuters. Aristocrat will fund the acquisition of Big Fish Games via existing cash and an incremental $890 million loan facility.

Aristocrat said the acquisition will double the size of Aristocrat’s digital arm and makes it the second-largest social casino gaming business in the world by revenue.

“The strategic and financial benefits from the acquisition are highly compelling,” Croker said. “The acquisition of Big Fish will immediately provide scale across our entire digital platform.”

Churchill Downs, in its own release, said proceeds from the transaction will be used for general corporate purposes, which may include investments to support organic growth and acquisitions, debt reduction and share repurchases. The CDI Board of Directors has approved up to $500 million of share repurchases from the proceeds of the Big Fish sale.

“Big Fish is a very successful business with a bright future that will be best realized by being part of Aristocrat’s strategy and vision for their online and mobile gaming portfolio. We thank our team members at Big Fish for their outstanding efforts over the three years since CDI acquired Big Fish,” said Bill Carstanjen, CEO of CDI. “We will refocus our strategy on our core assets and capabilities including growing the Kentucky Derby, expanding the casino segment, TwinSpires.com and other forms of real money gaming, and maximizing our thoroughbred racing operations.”

Aristocrat also announced a 41 percent rise in full-year reported net profit to A$495.1 million ($374.7 million), beating analysts’ average estimate of A$385.8 million, according to Reuters.

In another matter involving an Australian gambling company, Reuters reported that Paddy Power Betfair and William Hill have separately held talks about a deal with Australia’s CrownBet.

Dublin-based Paddy Power Betfair has had discussions with CrownBet about an unspecified deal, according to two unnamed sources that spoke to Reuters.

Last month, rival bookmaker William Hill said it too was in “very preliminary discussions” with CrownBet about a possible combination with its Australian business.

Crown Resorts confirmed in a statement that it was “in discussions concerning its interest in CrownBet” after The Australian newspaper reported that it was holding talks about a deal with William Hill.

Details on the talks were unknown, but analysts speculated to Reuters that the talks could be part of a new round of consolidation by UK companies to offset the threat of stricter regulation and diversify their operations.